Can the Northern Ireland power sharing survive this election?

"The options of an all-island economy already partly in place with the Good Friday Agreement, makes talk of Irish reunification far more likely than it has been in decades." 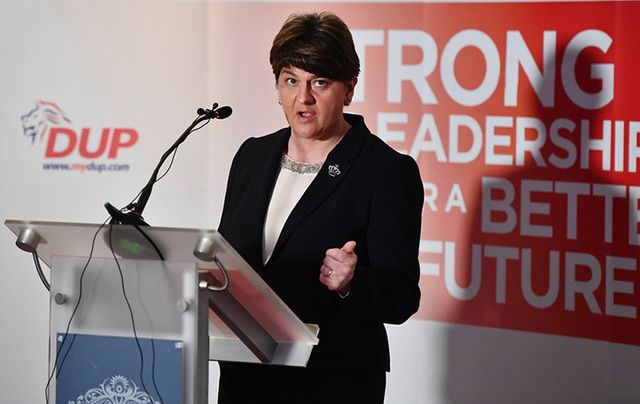 Northern Ireland goes to the polls on March 2 in what could be a critical election for its future.

It is possible that after this election the power-sharing agreement between Sinn Fein and the Democratic Unionist Party (DUP) will no longer be in place owing to the very bad relationship which has developed since Arlene Foster took over as head of the DUP.

That relationship began with Foster assuming she was first and supreme minister of the North and lording it over Martin McGuinness, the deputy first minister. The Good Friday Agreement actually gives both posts equal power with a veto on each other’s decisions.

Foster has proven to be a great disappointment and to make matters worse, she became embroiled in a major scandal called the Renewable Heat Incentive (RHI) which allowed thousands of Northern Ireland’s farmers and business people to unjustifiably claim benefits from which they were not owed.

The scandal became the final breaking point between her and McGuinness as Foster had been the minister in charge of the initiative. But she refused to take any responsibility for the debacle that could cost the Northern Irish taxpayer as much as £500 million.

Given that reality and the complete breakdown in trust, an election proved inevitable, and that is what Northern Ireland faces on Thursday.

The outcome is very much in doubt. Changes in numbers elected to the Assembly, making every constituency a four rather than a five seater, greatly adds to the uncertainty.  This has led to a belief that when the parties meet again, Sinn Fein may possibly be much closer in numbers to the DUP.

There is no question that during this election, Foster has been under enormous pressure because of the RHI and her arrogant attitude towards Sinn Fein.

Sinn Fein has a huge question to answer : will they will go back into government with Foster which has proven nearly impossible to manage so far, or will they will stay out and allow a period of direct rule from Westminster.

The latter would be hard to stomach given that British Prime Minister Theresa May has given no indication at all of her interest in Northern Ireland. But it may be necessary for Foster to step aside for the Executive to survive.

The other major matter in this election is the impact of Brexit on Northern Ireland. The North voted by a majority of 56 percent to stay within Europe, but again, May has given no indication that she takes that vote seriously as she pursues her curious brand of English nationalism.

The United Kingdom was created in order for all four states to integrate and work more closely together on economic and political issues. Now, narrow nationalism in England has resulted in England going it alone, and the increasing likelihood is that Scotland too will take that path in a new independent referendum.

Where does that leave Northern Ireland? The options of an all-island economy already partly in place with the Good Friday Agreement, makes talk of Irish reunification far more likely than it has been in decades.

Unionists may have to swallow hard, but they must see the future and the realization that the £10 billion they get from Britain annually is no longer pre-determined.

This election then has real consequences. Not to mention the fact that it marks the stepping aside of McGuinness, the powerhouse figure behind the success of the Northern Ireland Executive.

What appears to be likely now is a close run election, with long negotiations to follow on whether power-sharing can continue. Let us hope a way to resolve that issue can be found.