Northern Ireland’s First Minister is fending off calls for her resignation over a flawed energy scheme that could cost the taxpayer as much as $507 million. 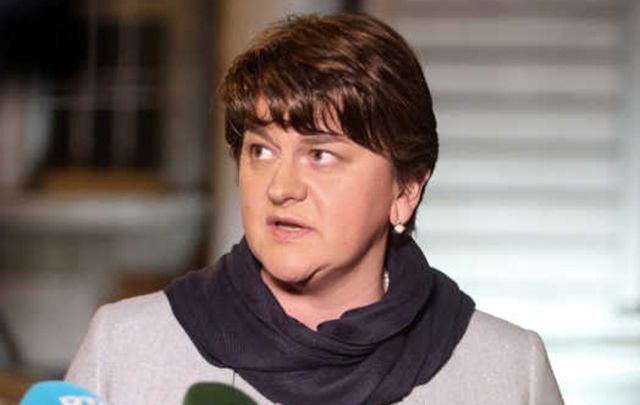 Northern Ireland’s First Minister Arlene Foster is fending off calls for her resignation over a flawed energy scheme that could cost the taxpayer as much as $507 million (£400m).

Foster headed up a Stormont [Northern Ireland Assembly] Enterprise department in 2012 that set up the Renewable Heat Incentive (RHI). In the latest crisis to hit the First Minister’s Democratic Unionist Party (DUP) at Stormont, it has since come to light that serious flaws were discovered in the scheme and when Foster was alerted to these by a whistleblower while she was Enterprise Minister, she passed them on to her officials.

The First Minister said civil servants didn’t keep her abreast with their examination of the issues raised.  The whistleblower has since told BBC Radio Ulster it was evident there were “opportunities for fraud” in the scheme.

Nearly 2,000 applications were approved under the non-domestic RHI scheme to encourage businesses to switch to biomas heating systems.

However, unlike the scheme run in Britain, where cost controls and a tiered system were introduced, in Northern Ireland the scheme was open-ended and the cost control measures were withdrawn.

With the DUP circling the wagons this week, Traditional Unionist Voice leader Jim Allister stated Foster was responsible for the scheme and should take responsibility for the “fiasco” that has the potential to cost the taxpayer $507 million (£400m) over the next 20 years.

Defending her position, however, Foster said she wanted to “help in any legitimate way” and “will look at all of the requests that come in to me.”

“I have nothing to fear from any of this because there’s nothing here – I have no difficulty in answering questions,” she said.

“I brought forward the policy but unfortunately the implementation of it has gone askew.”

She added that a very small minority of people were abusing the scheme.

Calling on Foster to consider her position, Ulster Unionist leader Mike Nesbitt, said: “It is time Mrs. Foster stopped blaming others and embraced the age-old principle of ministerial responsibility.

“She was not only aware of what was happening, she was making it happen, through a series of policy choices that resulted in the fatally-flawed RHI.”

Social Democratic and Labour Party (SDLP) leader Colum Eastwood has called for an urgent meeting of the Stormont Public Accounts Committee to take evidence from the First Minister.

“Her failure to take any responsibility means that Arlene Foster’s position is rapidly becoming untenable,” he said.