This Dublin-born Dr. Thomas Joseph Crean excelled on the rugby pitch, in medicine, and on the battlefield during the Boer War and World War One. 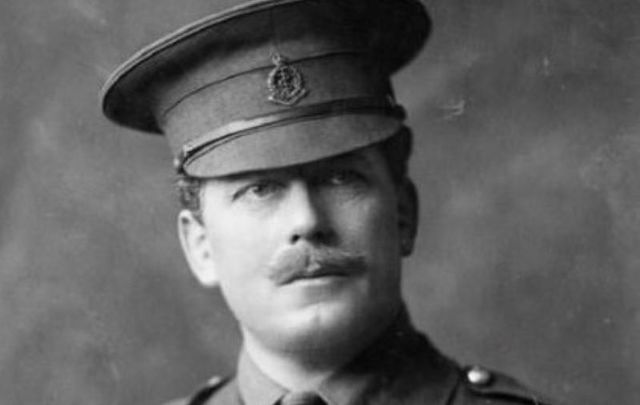 Dr. Thomas Joseph Crean was a Leinster/Ireland and British Lions legend. This Dublin native, born in 1873, was a member of the first Irish team to win the home nations and triple crown and one of only four rugby union internationals to be awarded the Victoria Cross.

Born in Dublin in 1873, the fifth of eight children born to Michael Theobald Crean, originally from Fethard, County Tipperary and Emma Dunn. Emma's parents owned the Morrison Hotel, on Dawson Street, where Thomas was born. Michael Theobald was a barrister and worked for the land commission along with his wife Emma.

Thomas was named after his uncle Dr. Thomas Joseph Crean who was a practitioner and medical officer in Clonmel. His father's first cousin Dr. John Crean was head of the army medical department in Dublin. Thomas's younger brother Frank Crean (1875-1932) became an engineer that led successive expeditions to Saskatchewan and Alberta to report on the region's natural resources and agricultural potential, in 1908 and '09.

The largest lake in Prince Albert national park (Crean lake) is named after Frank Crean in recognition of his contribution to Canadian exploration.

Thomas was educated at Belvedere College, the Catholic university, before boarding at Clongowes Wood College where Thomas' flair as a big, fast,  strong rugby forward emerged. Thomas attended Clongowes Wood from 1889 to 1891 and was noted as a superb athlete excelling at quarter and half-mile running as well as being an excellent swimmer.

In 1891, Thomas was awarded a medal for bravery by the Royal Humane Society for rescuing a young arts student (William Ahern) while swimming near Blackrock. Thomas noticed Ahern was in trouble and together with a young solicitor from Dundrum swam out and brought Ahern to the safety of the shore saving his life.

Crean was selected to represent Leinster after four years of playing for St. Vincent's Hospital rugby team as a young doctor. In 1894. Crean was called up to the Irish squad and represented Ireland nine times. He made his international debut against England on Feb 3 1894 with Ireland coming out victorious 7-5. On Feb 24, Crean helped Ireland defeat Scotland 5-0 at Lansdowne Road. On Mar 10 1984 Ireland beat Wales in Belfast for the home nations championship and Ireland's first-ever triple crown.

Crean also played all three games for Ireland during the 1895 and 86 seasons scoring two tries, winning a second home nations championship in 1896, scoring against Wales in his final game for Ireland.

In 1986, Crean was one of nine from the Irish squad called up for the British Isles team (present-day British & Irish Lions) for a South Africa tour. He played in all four tests against South Africa (captaining for two) and was captain for 14 of the 21 games due to the absence of Johnny Hammond who only played seven.

At the end of the Lions tour, Crean decided to stay on in South Africa working as a doctor in Johannesburg while also playing rugby for the Johannesburg Wanderers.

When the Boer War erupted in 1899, Crean enlisted as a trooper in the Imperial Light Horse Regiment and took part in the relief of Mafeking and the relief of Ladysmith. According to the Irish Times, the Imperial Light Horse Regiment particularly distinguished themselves at the battle of Elandslaagete, where Crean was reported to have been wounded.

In 1901, Crean became Surgeon Captain and at the battle of Tygerskloof, he won his Victoria Cross for attending to the wounds of two soldiers and an officer.

"Thomas Joseph Crean surgeon captain, 1st imperial light horse. During the action with De Wet at Tygerskloof on the 18th of December 1901, this officer continued to attend to the wounded in the firing line under heavy fire at only 150 yards of range, after he himself had been wounded, & only desisted after he was hit a second time, and it was first thought mortally wounded. "

Crean was struck in the stomach and the arm during these battles and was sent to England where he eventually made a full recovery. On Mar 12, 1902, Crean was presented with the Victoria Cross by King Edward VII at St. James Palace, in London.

In May of the same year, Crean was made Honorary Fellow of the Royal College of Surgeons back in Ireland. In Sept 1902, Crean was appointed Captain of the Royal Army medical corps, based in Aldershot.

In 1905, Crean married Victoria, daughter of Senor Don Thomas Heredia of Málaga, Spain. Victoria had been close friends of Crean's sister (Alice) at school in Roehampton.

They had three children, two boys, and a girl with one of his sons (Victor) dying young. His other son "Patrick" (1911-2003) grew up to become a famous actor in Britain, specializing in combat scenes particularly swordplay. Patrick worked with some of the biggest names of the day including Paul Schofield, Lawrence Oliver, Alex Guinness, and Errol Flynn, often playing Flynn's stunt double.

On Dec 8, 1906, Crean transferred to the army reserve and opened a private practice in Harley Street, London. He was appointed medical officer at Ascot and saved the life of a jockey that had been thrown from his horse by running out onto the race track and removing parts of the jockey's skull with a hammer and chisel in a procedure called trepanning.

In 1914, World War One broke out and Crean was called back to the Royal Medical Corps, serving with First Cavalry Brigade. Crean was wounded several more times

In June 1915, Crean was made Companion of the distinguished service order and was promoted to Major in 1916 where he commanded the 44th Field Ambulance Expeditionary Force on the Western Front.

Crean eventually returned to his private practice in Harley Street but unfortunately, his wartime experiences had such detrimental effects on his health that he struggled to run his practice. In June 1922, he was declared bankrupt. On Mar 25 Dr. Thomas Joseph Crean died of diabetes, aged 49. Crean is buried near his father in St. Mary's Catholic Cemetery .in Kensal Green. in London.

Dr. Thomas Crean's Victoria Cross medal is still on display at the Army Medical Services Museum and he was commemorated with a stamp in South Africa in  2001.