Are Americans guilty of cultural appropriation on Saint Patrick’s Day?

Is it right when another nationality's culture becomes an excuse to party for some? An interesting video from Campus Reform asked American college students whether they thought they were guilty of cultural appropriation on Saint Patrick’s Day. 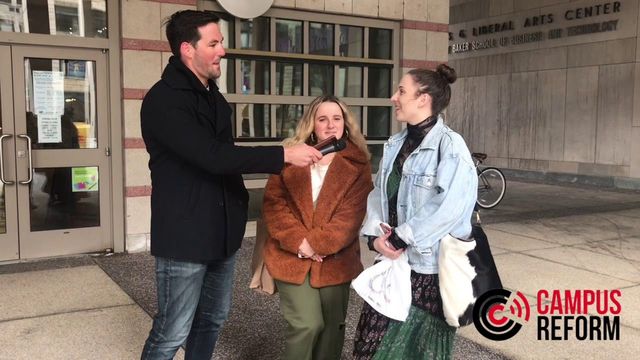 What do you think? Guilty of cultural appropriation or PC gone mad? YouTube / Campus Reform

An interesting video from Campus Reform asked American college students whether they thought they were guilty of cultural appropriation on Saint Patrick’s Day.

Saint Patrick’s Day is, without doubt, one of our favorite days of the year and we are more than happy to have as many people as possible take part in our festivities, regardless of their own nationalities or which cultural heritage they chose to align with.

We have to admit, however, that there are times walking through the streets of New York on the way to the Saint Patrick’s Day parade that we ask ourselves how many of the people decked out from head to toe in green just use our national holiday as an excuse to party and drink a little too much and whether it’s fair to use a celebration of Irish culture in this way.

This question was this year raised by NPR’s Dan Pashman, who wrote: “In one sense, St. Patrick's Day is a failure.

“The holiday, as we know it in America, was promoted by activists to celebrate Irish culture, in order to fight prejudice against Irish immigrants. Today, many of us celebrate by going out drinking and acting out the very stereotypes the day was created to combat.”

“On the other hand, 150 years ago nativists in the U.S. were burning Irish Catholic churches to the ground. Today on St. Patrick's Day, Americans of all backgrounds wear green, drink Guinness, and put on pins that say 'Kiss me I'm Irish.' There's something beautiful about that."

America’s leading site for college news Campus Reform recently asked the same question, traveling to New York University to ask the students how they were going to celebrate Saint Patrick’s Day and then if they felt they were guilty of cultural appropriation for the way in which they would celebrate, despite knowing next to nothing about the other aspects of Irish culture.

What do you think? Guilty of cultural appropriation or political correctness gone mad? Let us know what you think in the comments section, below.