"She... reached across to touch my cheek and wondered aloud what it would be like to kiss a boy, even a Papish boy like myself, because she had never kissed any boy." 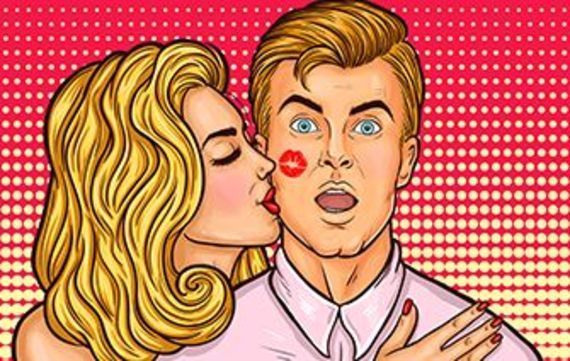 Cormac McConnell writes: "It is strange that this space has become my confessional box in recent times, but that is the way it is. Accordingly, I confess to you all that when I was 13 years old above in the Ulster borderlands I kissed an Orangeman's daughter beside a spring well in a townland called The Crocken."

Back then that single (but lengthy) kiss, had it become known about, would have led to both of us being in deep trouble altogether with our families and the entire deeply divided rural community. Ye are well aware of the social and political realities that existed back then in Ulster.

The Orangeman's daughter and the Papish cub I was then had both been sent with our buckets to the fine spring well in The Crocken. There was no piped water supply in our parish at the time, or for years after, so that spring well supplied the drinking water for the local housewives.

‘Twas crystal pure too. I can still taste it today more than 60 years later!

And on that August evening, the pair of us met by accident at the well. She had a white enamel bucket and her fair hair in pigtails and I, an ordinary galvanized steel bucket and coal-black hair cut short.

I arrived at the well seconds before she came down the path but, being polite, and knowing she was an Orangeman's daughter motioned to her to go first.  She said thanks, filled her bucket and was still standing beside me when I filled mine.

Wasn’t I one of Sandy MacConnell's cubs from the shop she asked. Yes I was, and wasn’t she the Orangeman Balfour's only daughter. Yes.

And that is how the chat started slowly over the top of the silvery spring well with a cuckoo (aptly!) calling from the corner of the meadow.

And somehow, sitting beside our buckets, we sat down on a nearby bank and chatted more. We were the same age, lived less than a mile apart but had never chatted before and indeed never would again.  That was the way things were back then.

She said my father Sandy was known across the divide as being a decent man and no threat to the state like Republicans were. What did I think of her father?

I said I knew he was a big farmer, an Orangeman, and a drummer in the Orange marching band that always played extra loudly outside our nationalist home on their practice marches for the July marching season.

She laughed at that then, bold enough of her, reached across to touch my cheek and wondered aloud what it would be like to kiss a boy, even a Papish boy like myself, because she had never kissed any boy.

And I said, bold enough too, let's see what it is like, because I'd never kissed any girl either, and sitting side by side on that bank, the cuckoo singing away, we kissed.

I would have ye know that it was an extremely innocent class of a kiss. There was no bodily contact involved apart from our two faces. Our mouths were both tightly closed at all times, likewise our eyes.

But it was extremely exciting altogether and that first kiss across the divide lasted for maybe two minutes.  It surely felt like that as the cuckoo sang away all the time.

She put her arm around my neck at the end, holding tightly for a moment, then recoiled and jumped to her feet with fright.

Please don't tell anybody about this, she begged, or we'll be destroyed totally. I promised I'd say nothing and tell nobody as she grabbed her white enamel bucket and almost ran away from the scene of her crime.

I kept my word.  This is the first time I've confessed after 60 years, and I'm only doing so now because I heard on the homeland grapevine last week that, after a long life as a wife and mother of two young Orangemen, she had passed away peacefully after a battle with cancer. God rest her.

We never met again after that kiss in The Crocken beside the spring well, but I will never forget her. And that is the end of my confession.

And, frankly, I have tears in my old eyes this minute and have to stop writing now...