Every year the world loses an area of tropical forest the size of Costa Rica.  Over one million plant and animal species face extinction in the near term. It is difficult even to imagine the awful extent of the ongoing destruction. 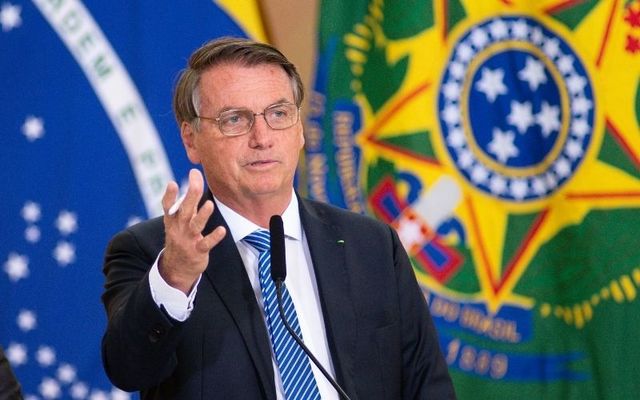 A MAJOR dispute erupted in 2019 between Brazilian President Jair Bolsonaro and the French leader Emmanuel Macron, as thousands of fires engulfed the Amazon rainforest. Macron angrily accused his Brazilian counterpart of “ecoside” for allowing the world’s largest forest to be despoiled.  He accused Bolsonaro of a despicable crime against the planet.

Needless to say, the Brazilian strongman was enraged and he countered by asserting that Macron “was treating Brazil as a colony or no man’s land.”

“Our sovereignty is non-negotiable,” he exclaimed.

Sovereignty is indeed the issue. Is Brazil the rainforest’s guardian or owner?  Must the world just grin and bear it while Bolsonaro demolishes this indispensable carbon sink and vital repository of plant and animal life?

Most people would agree that the Brazilian leader’s behavior is completely unacceptable, but what about Australia, a highly-developed country, still expanding its coal production, most of which is exported.

The prime minister in Canberra claims that their coal is somehow cleaner than what is produced elsewhere.  In reality, coal is by far the dirtiest fossil fuel, and it remains the biggest source of climate-warming carbon dioxide worldwide.

America, until recently overtaken by China, was the biggest polluter internationally.  Even at the COP26 climate meeting in Glasgow, they declined to sign off on an ambitious anti-coal plan because they didn’t want to annoy Senator Joe Manchin, a key Senate vote, who represents West Virginia where the black stuff is an important driver of economic activity.

India is surging ahead economically with growth driven by fossil fuels.  They argue that it is unfair to place restrictions on them as they try to cope with the demands of a huge population. They refuse to embrace carbon neutrality, demanding instead that others, led by the United States, with far more responsibility for historical emissions, do more.

Indonesia and some African countries play the same card. They claim that considering their underdevelopment and the stripping of their resources by colonial powers, talking about rigid climate goals does not square with their legitimate plans for economic progress.

These were debatable issues in the past, but now the future of the planet is at stake. There is an imminent danger that like Nero of old, we will be fiddling while Rome burns. Territorial sovereignty cannot be understood as providing permission to plunder collective resources.

According to the prestigious World Meteorological Organization, the accumulated heat from greenhouse gas “has propelled the planet into uncharted territory with far-reaching repercussions for current and future generations.” Another expert described the crisis using more graphic imagery as “a deafening, screeching smoke alarm going off in the kitchen.”

UN Secretary-General Antonio Guterres warned that the last seven years have been the warmest on record.  “From ocean depths to mountain tops, from melting glaciers to relentless extreme weather events, ecosystems and communities around the globe are being devastated,” he said.

Every year the world loses an area of tropical forest the size of Costa Rica.  Over one million plant and animal species face extinction in the near term. It is difficult even to imagine the awful extent of the ongoing destruction.

Scientists are nearly unanimous that the emission of greenhouse gases needs to be cut in half by 2030, but instead of reductions, they are actually continuing to grow.  Limiting the increase to the 1.5 degrees Celsius threshold, a minimum sought by scientists, is no longer a realistic goal.  In fact, even if all countries meet the reductions they committed to previously temperatures are still on line to rise by 2.7, degrees by the end of the century.

The Republican Party provides further cause for dejection. In 2008, John McCain was the party’s presidential candidate and he proposed serious plans to ease the climate crisis.

Donald Trump’s period in the White House was a disaster for conservation.  He withdrew America from the Paris Climate Accord and denuded the Environmental Protection Agency.

Disgracefully the GOP, a major political party, continues in a state of denial that is very difficult to understand. Their depressing message:  Our leader says it is all a hoax – and he will likely be the party’s nominee for the presidency again in a few years.

Still, humanity will not concede easily as we saw from the enthusiasm and real progress represented by the 20,000 delegates from close to 200 countries at the Glasgow summit. They agreed to reduce deforestation by 85 percent before 2035 and to a similar but less ambitious program for minimizing the use of coal.

In addition, they plan for a sizable 30 percent reduction in methane gas within this timeframe.  Experts there showed compelling graphs and professional studies that prove the superior economics of using wind, wave or solar power over coal, oil or gas.

Former Irish President Mary Robinson’s tearful plea in Glasgow for outlawing fossil fuels to save the planet resonated across all borders. Young people were tramping the city pointing out the serious positive impact of a decarbonized atmosphere on human health.

There were mild celebrations towards the close of the conference when China and the United States, despite the frosty relationship between the two governments, agreed to “enhance ambition” in the climate area and to find ways together to move forward.

The capitalist system requires long-term planning as well as accumulating annual profits.  The crisis is so threatening that recently the big banks, pension funds, and asset managers pledged no less than $130 trillion to finance the development of renewable energy, providing a strong optimistic message that there will be abundant funding for saving the planet.  Their money is on wind and solar power as well as on new technologies.

There is also great hope that a young generation has been activated on this issue across the world. The votes of millennials and the generation after them were major factors in the Biden victory in 2020. Climate was a litmus issue for many of these voters.

Think of the inevitability of worsening catastrophic weather-related events and how the effects of these will influence congressional and presidential elections.  Will younger generations vote for a political party that is in complete denial about the carbon crisis?

In Europe, Green parties are exerting a big influence on policy-making.  The Democrats will benefit significantly from this issue in the United States.

We are in the early stages of new technologies that suck carbon from the atmosphere. Major new developments are underway in this area with a realistic hope of positive climate consequences over the next decade.

Finally, we must recognize and publicize the central moral dimension of this crisis because leaving a disintegrating and polluted world to future generations would be an act of crass immorality. Pope Francis’ signature teaching in his encyclical Laudato Si lays out in the clearest, clarion terms why we must protect what he calls “our common home.”

The profound wisdom of the Pope’s message, seconded by an array of other distinguished faith leaders, is being increasingly heard from pulpits which will have a growing impact.  That too provides a reason for hope.