Omorosa has the tapes, Manafort is about to be convicted, Mueller is closing in Trump’s reaction? Take John Brennan’s security clearance away. 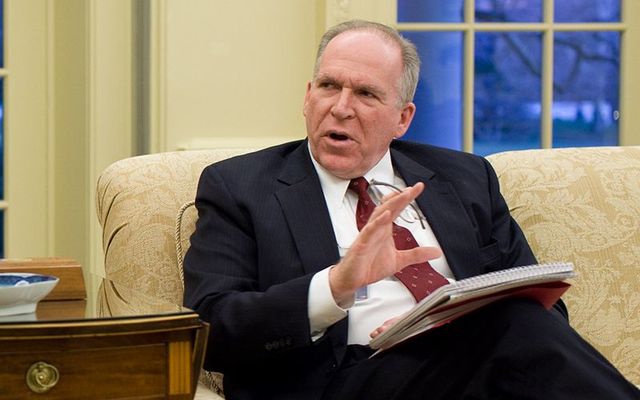 Omorosa has the tapes, Manafort is about to be convicted, Mueller is closing in Trump’s reaction? Take John Brennan’s security clearance away.

My all-time favorite Irish rebel folksong is the signature tune of the Clancy Brothers and Tommy Makem—Brennan on the Moor.

Willie Brennan (who was also known as John Brennan) was an Irish highway man, blunderbuss ready on a strap around his shoulder which he would swing out without hesitation. He stole from the rich and gave to the poor. He kept a few shillings for himself, liked women, and, like Trump, some of whom were not his wife—and haunted the British even after they executed him.

It’s been a tough week for the President. His golfing was interrupted when he realized that he had another Brennan on the Moor—John Brennan—metaphoric blunderbuss bearing down on him. There was the monster he created, Omorosa, giving White House tapes to the media. There was his former campaign manager, Paul Manafort, about to be convicted for his love of ostrich coats, Russian oligarchs and other spendthrift ways.

And, of course, there is the Hero of America, Robert Mueller, closing in.

Trump is indeed terrified at what is coming for him. When he is frightened, like a child in a thunder storm, he whelps out. 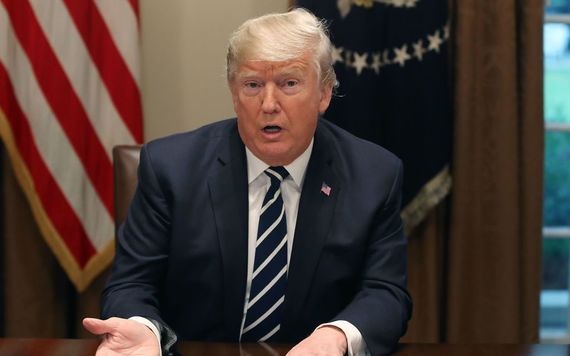 He made his decision on Brennan on July 26th, but it didn’t come out until August 15th, right in the middle of the Omorosa controversy.

Wednesday, Sarah Huckabee Sanders, Trump’s terrible fibbing press secretary had this to say: “First,” she said, doing a great Charlie McCarthy as she quoted the President, “at this point in my administration, any benefits that senior officials might glean from consultations with Mr. Brennan are now outweighed by the risk posed by his erratic conduct and behavior.”

Sanders went on to say, quoting Trump: “Second, that conduct and behavior has tested and far exceeded the limits of any professional courtesy that may have been due to him. Mr. Brennan has a history that calls into question his objectivity and credibility.”

Here’s Brennan’s resume—and it is sterling:

Where was Trump in this crucial period to the protection of America after 9/11?

John Brennan was in the Situation Room with President Obama as they went in to kill Osama bin Laden for murdering 3,000 American citizens on September 11, 2001.

Where was Trump in 2011 when Obama was bringing down the wrath of the United States of America on bin Laden?

He was hosting a reality television show featuring such stars as Gary Busey and, a certain person named Omorosa.

Notice Trump’s words of projection: “[Brennan’s] erratic conduct and behavior.” If there is anyone off-balanced, it is the President of the United States of America.

Brennan was not taking any of this sitting down. On Wednesday afternoon he Tweeted: “This action is part of a broader effort by Mr. Trump to suppress freedom of speech & punish critics. It should gravely worry all Americans, including intelligence professionals, about the cost of speaking out. My principles are worth far more than clearances. I will not relent.”

Then Brennan went on MSNBC with Nicolle Wallace where he declared: “I never, ever thought I’d see it here in the United States,” Brennan said.

“I believe all Americans need to take stock of what is happening right now in our government—how abnormal and how irresponsible and how dangerous these actions are. If Mr. Trump believes this going to lead me to just go away and be quiet, he is very badly mistaken.”

Trump is in trouble because he ain’t dealing with Gary Busey this time.

As the last paragraph of the Clancys’ song says, the ghost of rebels can be relentless:

They took Willie to the crossroads and there they hung him high But still they say that in the night, there's some that see him ride They see him with his blunderbuss all in the midnight chill As all along the King's Highway, rides Willie Brennan still.

Trump’s problem is that John Brennan is not Willie Brennan.

John Brennan is not a ghost. He still breathes.

Read more: Could we soon have the first Irish language speaking president in the White House?