Storm clouds are gathering around the Catholic Church in Ireland following the publication of a report on a process that sought the views of members and others on the direction the church should take to remain relevant. 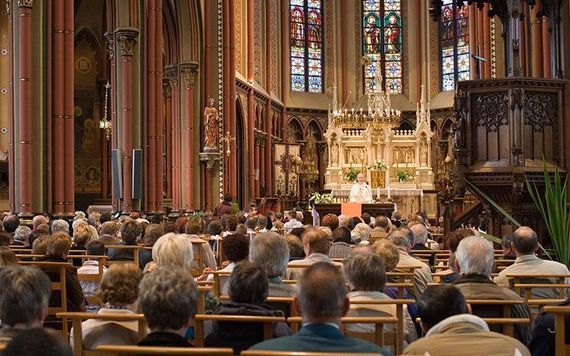 Storm clouds are gathering around the Catholic Church in Ireland following the publication of a synthesis report on a process that sought the views of members and others on the direction the church should take to remain relevant in today’s world.

Many who took part feel let down by the final report that was submitted to the Vatican that frankly amplifies the views of those seeking radical change within Catholicism in form, function, and purpose. Truth is, if liberal commentators were given the opportunity to write a treatise on changes needed in the Irish Catholic Church, they could not have done a better job whereas the voices for significant but incremental change feel that they have been marginalized.

Billed by the hierarchy as a listening exercise leading to discernment, it has been an extensive consultative process that began in March 2021. It involved focus groups, public meetings, online surveys, questionnaires, steering groups, etc.

The whole shebang, in fact, with voices listened to consisting of people from all walks of life, north and south, urban and rural, those who went to church and those who didn’t. Individuals who were working, unemployed, caring for someone at home, families, people who live alone, the young, and the elderly were all consulted.

Special care, we were told, was taken “to involve those persons who may risk being excluded” including women, members of the LGBTQI+ community, travelers, migrants, and refugees. Crucially, those who were hurt by the church were also engaged, as were non-Catholics.

All 26 dioceses reported on what they discussed and these are available online, while a further 14 submissions were received from other groups such as religious congregations, associations of lay people, church agencies, and some individuals. A national Steering group then summarized these for the final report.

Here really is where the problem begins, as those who submitted online appear to have had a fast track for the inclusion of their views. Not only that, but we don’t know who they were or what exactly they said. What should have been a transparent and open process became anything but.

What is clear, though, is that some voices were heard more than others, and in this respect, the authors fell into a pitfall that they themselves identified at the commencement of the journey. In a briefing document to facilitators, the advice was to avoid the temptation to only see “problems.”

“The challenges, difficulties, and hardships facing our world and our church are many. Nevertheless, fixating on the problems will only lead us to be overwhelmed, discouraged, and cynical. We can miss the light if we focus only on the darkness,” the document said.

“Instead of focusing only on what is not going well, let us appreciate where the Holy Spirit is generating life and see how we can let God work more fully.”

Instead, those who synthesized interactions were encouraged to also capture “appreciative perspectives,” and in many cases, this did not happen.

The diocesan reports are full of examples of positive interactions and reasons for hope in the church, but most failed to reach the final cut.  Dublin instanced the positive influence of new parishioners from different cultures bringing with them a vibrant living faith and high levels of participation.

In other cases, problems were identified and solutions were suggested. So, for instance, Meath suggested creative but practical ways to be more inclusive.  But again, the final report preferred to highlight the problems.

No mention either of the opportunities and challenges facing Catholic schools and their robust moral value system which is appreciated not only by Catholic parents but also by members of other religions or none, who want their children to be educated in a Catholic school.

To be fair, the final 20 report does identify many key issues that need to be addressed which were mentioned time and again during the consultation.  The legacy of the abuse scandals was front and center with continuing anger expressed by survivors, lay faithful who have become estranged from the church because of it, and many good priests and religious figures who also feel betrayed.

In relation to LGBTI+, there is practical unanimity for the church to be more welcoming and less condemnatory in its language.  Similarly with the position on equality for women.

There was also common concern about the need to engage with more young people, although ironically the hierarchy has agreed to consider a letter from 500 young people who say their voices were not heard.

The report hits choppy waters when it raises issues without giving countervailing arguments. For instance, it was particularly brutal in relation to young priests, essentially throwing them under the proverbial bus, stating that many were rigid in their thinking and may not have the requisite skills for responsible leadership. But a different reading of the reports from the dioceses could easily have proffered a more supportive and encouraging analysis.

Another more egregious example is in relation to health. A number of diocesan submissions had specifically mentioned the positive Catholic influence on healthcare, but this was ignored.

Instead, there is a call, in a chapter on sexuality and in a paragraph that references changes in church teaching, for the church to become “more compassionate to women’s health, wellbeing and the raising of families considering many circumstances, including financial ones.”

This is a troubling sentence because, without the context of the submission calling for these changes, it carries a clear implication that hospitals with a Catholic ethos are in some ways uncaring and neglectful of a patient’s wellbeing.

Frankly, for many, this is not about the justified concerns we all have for women’s health, but rather is a dog whistle for abortion. Whose voice was being listened to here?

Is the Irish Catholic Church really calling for a discussion on abortion and a change in its teaching? If so, it is being introduced via the back door.

The problem going forward is that expectations of great change have been raised.  For instance, former president Mary McAleese has declared that the final document is “explosive, life-altering, dogma altering, church altering.”

Some commentators have been disingenuous in their interpretation of the report. For instance, the views of over 10,000 Catholics in Dublin dioceses were condensed into one submission and given the same standing as those of single individuals, yet it is being proclaimed as the views of the majority of Irish Catholics.

The authors of the report state that the significance of the Irish contribution to the Universal Synod arguably lies in the radical demographic, economic and social transformation of Ireland which has framed and been paralleled by dramatic changes in the church.

The wind is blowing so letting it carry us along is not really a strong foundation from which to proclaim “universal” truths.

This synthesis will be discussed at a synod in Rome in October, and from there the plan is to have an Irish National Synodal Assembly within the next three years.

Already some commentators in the national media are speculating about a breakaway church if high expectations of change are not met. While this is highly unlikely, let me state for absolute clarity that if it happened, I will be staying with Rome.