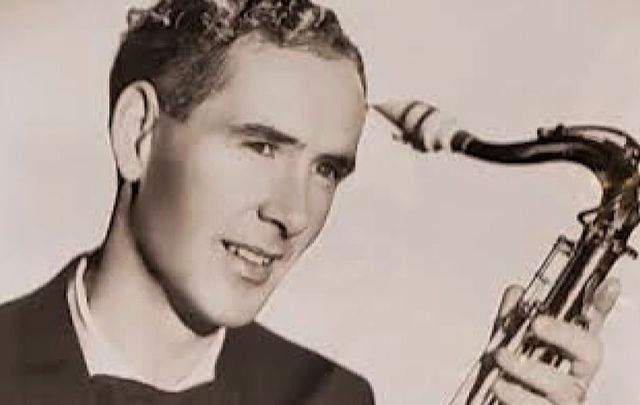 Brendan Ward was 97 years old and was hailed in his native Mayo as a musical genius.

Foxford-born Ward learned the violin and piano at his local school and later became so proficient he joined the highly successful Mick Delahunty Orchestra playing the tenor saxophone.  Later he organized all the arrangements for the successful orchestra which toured all over Ireland in the forties and fifties.

He immigrated to the U.S. in 1957 and launched his own orchestra with the help of entrepreneur Bill Fuller who owned the New York City Center ballroom. The Glenn Miller-style music appealed to the Irish fans who packed the ballroom every week. Romances flourished at New York City Center which played Ward’s music for almost 20 years.

To augment the weekly dance, he launched his own travel agency, Ward Travel, with his devoted wife Breege. The Irish supported it, particularly when Brendan’s generosity became known.  If the passenger did not have the fare to return for the funeral of his Irish relative Brendan assured them there was no problem; they could pay him when they had the money. Ward Travel soon became the top-selling Irish travel agency on the Eastern Seaboard.

In the late 1970s, he launched his own radio show called The Brendan Ward Show. Featuring quality Irish songs and classical music, he also availed of the opportunity to advertise his travel agency and the popular weekly City Center dance.

Brendan was a huge supporter of the Knock Airport project and worked closely with the founder, Monsignor James Horan, in ensuring it would be launched in the early 1980s. The tenacious Mayo priest continued working on the 7,500 feet runway without planning permission and without the support of the then coalition Irish government of Fine Gael and Labour. The Fianna Fáil leader, Charles Haughey, a native of Mayo, was fully supportive of the initiative and ensured that his government would financially support it when they returned to power.

Knock, now called Ireland West Airport, was privately financed by funds from the U.S. which Brendan helped to organise and by government grants totalling €9.856 million. The completion of the airport was funded by a €1.3million grant from the European Union, payable on condition that the airport’s developers – Horan and his team – would provide a matching sum from their own resources.

This they did and to demonstrate how successful the project has been over the years seven local authorities have invested €7.3 million to take a 17.5 percent stake in the company. This places it at a value of €41.7 million, not bad for an airport on the side of a mountain!

I should mention that Brendan was on the first flight from New York which touched down at Knock Airport to a huge welcome in 1986, despite the protests of Fine Gael and Labour who were totally against Horan’s initiative.

Despite financial difficulties during the pandemic over the last 18 months, Ireland West has performed exceptionally well over the years and justified the financial contribution of the then Fianna Fáil government and the faith of Horan and his main American helper, Brendan Ward.

Brendan and his wife, Breege, owned an apartment in Pilot View in fashionable Dalkey, Co. Dublin for many years. They later retired to Naples in Florida where he participated for many years in the local choir.

(Kevin O’Connor is the former news editor of the Sunday Independent in Ireland, and a friend of the Ward family)

*This column first appeared in the July 28 edition of the Irish Voice newspaper sister publication to IrishCentral.