Gun violence is Hollywood's fault too, not just NRA

We need to blame Hollywood for a lot of the fixation on guns. 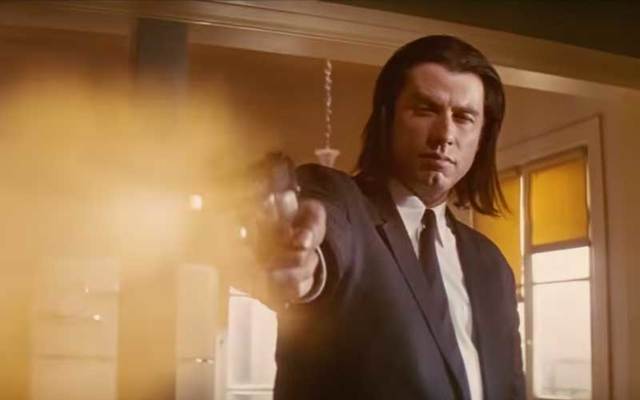 The debate over assault rifles leaves me cold. We need to blame Hollywood for a lot of the fixation on guns.

You want to witness violence glorified, just go to a “shoot ’em up” Hollywood movie. Watch the violent scene in  Captain America: The Winter Soldier on the YouTube video with this article. Now imagine a violence-prone sick teenager with an assault rifle watching the same scene.

Liberals spend hours analyzing the violence in a Tarantino movie, sometimes the more violence the better. Then they are the first to denounce real violence as if there is no connection.

When was the last time you read about the violence in the Game of Thrones series? The rivers run red with blood and the fans cheer but are utter hypocrites.

A 2015 report by The Economist found that gun violence in PG-13 movies had tripled since 1985.

There’s a Hollywood room at the NRA museum where guns used by stars like Clint Eastwood and Sly Stallone are on display. The NRA knows the best way to make a gun a best seller is to showcase it in a big Hollywood movie with the full approval of Hollywood. At least the NRA does not hide it’s intent.

Tell me what is more likely to enthuse a kid about guns than a violent movie or video game where the kid becomes immune to violence after witnessing thousands of bloody deaths?

You know the answer.

I’ll bet my NRA card the crazy killers in Florida and Newton were avid violent video game watchers, and probably Fast and Furious fans too.

Why is Hollywood getting off so easily here, and why is George Clooney (remember the violence in Ocean's Eleven?) suddenly the patron saint of gun control seekers? Sure guns are dangerous, but they are the law of the land. I can guarantee the Second Amendment is unlikely to be overturned any day soon.

In the meantime, we have to live with it.

But let’s not pretend the NRA are the only culprits Modern American society is saturated with images glorifying violence.

Have you ever watched Conor McGregor half kill an opponent while thousands scream approval? Have you ever seen a boxer killed by a blow? Have you heard audiences cry for more?

These kids who do these monstrous killings are not outside society, they are part of a very violent culture encouraged by movie moguls trying to make a buck.

So let's not blame the NRA alone, let's take a hard look at the hypocrisy of depicting such incredible violence on TV and in theaters and pretending it never has an impact on gullible kids.

The opposite in fact, is true. The world is rightly full of weeping for the Florida children right now, but let’s be truthful about where such violent tendencies comes from.