Former Fox host Bill O'Reilly's claims that his Irish family moved to the US legally is not the whole story of Irish immigration to America. 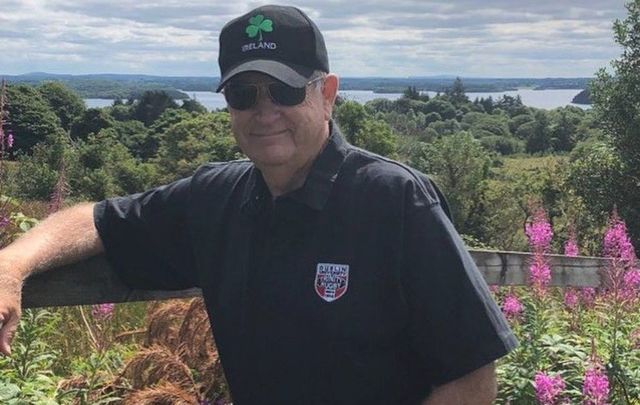 Former Fox host Bill O'Reilly's claims that his Irish family moved to the US legally is not the whole story of Irish immigration to America.

It seems like a touching story.  There stands an older Irish American gentleman, next to a road sign in Cavan, his shirt and hat emblazoned with touristy Irish symbols.

“Enjoying my time in Ireland.  Visited County Cavan where my ancestors were evicted from their land in 1845,” the man wrote on Twitter last month.

Getting in touch with his roots. What could be wrong with that?

Well, the man in question here is former cable news pitbull, Bill O’Reilly.  So, you know, plenty can go wrong.

Enjoying my time in Ireland. Visited County Cavan where my ancestors were evicted from their land in 1845. That forced them to come to America legally so they wouldn’t starve.

Pardon me if I reject the “white privilege” scenario if applied to my family. pic.twitter.com/gecXRy60YJ

O’Reilly added that his family was “forced to come to America legally so they wouldn’t starve.  Pardon me if I reject the ‘white privilege’ scenario if applied to my family.”

I’m going to leave the “white privilege” debate alone for another day.  Instead, let’s focus on the pride with which O’Reilly notes that his family came here “legally.”

There it is again. That pride the grandchildren of Irish and other European immigrants feel; that in the old days, immigrants used to follow all the rules and wanted to assimilate and become good Americans.  Didn’t want any handouts or care about “diversity.”

That’s not the case today, folks like O’Reilly claim.  In a column last year, O’Reilly railed that many U.S. visas “go to people from cultures that make it difficult to assimilate.”

As evidence, O’Reilly pointed to an immigrant who ended up killing a number of people in a Manhattan terrorist attack.

“The NYC attacker’s upbringing in Uzbekistan didn't exactly prepare him to thrive in the USA's hyper-competitive society.  Instead, he became another ripe target for radical imams,” he tweeted.

The only trouble is if you change “Uzbekistan” to “Ireland” and “imams” to “priests,” O’Reilly ends up sounding exactly like every grumpy Protestant native who was sick and tired of the likes of the starving, Catholic O'Reilly's flooding over to the U.S.

If Bill O’Reilly really wanted to get in touch with his roots, he should have brought John Loughery’s excellent new biography with him and spent a little more time reading, and a little less time tweeting, while in Cavan.

Entitled "Dagger John: Archbishop John Hughes and the Making of Irish America," Loughery’s book is a comprehensive look at one of the most important immigrants in U.S. history.  But perhaps most importantly, Loughery reminds us that many Irish immigrants were not all that interested in assimilating.

In fact, Hughes and others challenged the American way of things, demanding that the native-born Americans should change their ways and accommodate Irish Catholics. This undermines the myth that yesterday’s immigrants were well-behaved “model minorities.”

Hughes also believed an immigrant should never forget the land of his birth.

“There is in the heart of every man that which interests him -- the land of his nativity.  And until his heart ceases to beat, no distance of either time or place will be able to extinguish that sensation,” said Hughes.

Another immigrant from the Hughes era, Thomas D’Arcy McGee, was far more interested in overthrowing British rule in Ireland than he was in assimilating in the U.S.  He founded a newspaper and purposely named it The American Celt, knowing anti-Irish bigots would believe such a term an oxymoron.

“When the ‘Anglo Saxons’ cease to claim America as their exclusive work and inheritance, we will cease using the term Celt,” thundered McGee, who doesn’t exactly sound like he’s simply glad to be in America.

A fellow Irish rebel, Loughery notes, wanted anti-Irish bigots to acknowledge that America was, in fact, built by “a variety of hardy races and diverse faiths.”

And yet, Loughery writes, immigrants earned little but “indignation (from) New York City taxpayers who had to support the poorhouses, asylums, and orphanages the immigrants were filling.”

Oh well.  What do you expect from people who blindly follow imams?  Oops. I mean priests.

Do you agree that O'Reilly is forgetting the truth of his Irish family's immigration story? Let us know your thoughts in the comments section, below.