New York City's Tenement Museum, which retells immigrant journeys, including those of the Irish, should steer clear of "woke politics," this week's Irish Voice Editorial says. 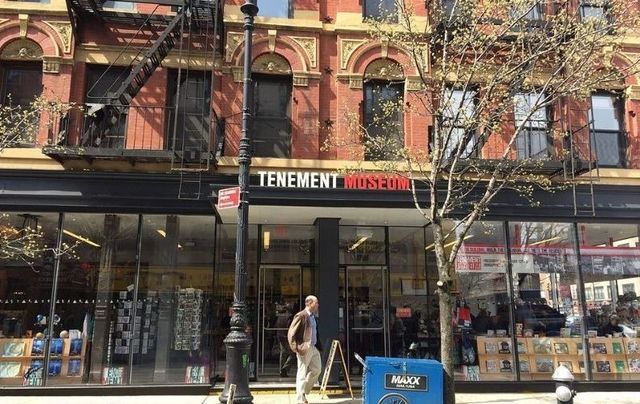 There is no equality of suffering on this earth.

Which was worse -- wiped out by starvation along with your family in Ireland, massacred and worked to death during the Holocaust, driven off the face of the earth in North America as Native Americans were or as Aborigines were in Australia, or the attempt to erase the Armenian race by Turkey in the genocide there, or spending life as a slave in the United States, enduring horrific conditions for centuries?

The answer is no one group has a monopoly on suffering or pain, and each was treated abysmally. Tens of millions of all creeds and nationalities suffered incredible pain and loss.

These days the attention is focused on those enslaved in America, as a major movement is underway to remember and honor those millions of poor souls who endured unbelievable hardship and pain.

It is not one bit “woke” to remember that, and to place the proper context around it, that the ancestors of white people living today caused that horrific suffering. It is also true that the soft lies around slavery must be exposed -- the lie that secession had nothing to do with slavery when the first state to secede specifically mentioned slavery as the issue.

The South Carolina interpretation of the Constitution was that in it, “The right of property in slaves was recognized by giving to free persons distinct political rights.”

All of the great abuses must be remembered but hardly all together, which brings us to the Tenement Museum in New York City.

Joseph and Bridget Moore lived there, at 97 Orchard Street, in 1869, and their three-room apartment has been beautifully recreated. They had three young girls at the time, and Joseph worked as a waiter and was known for his fiddle playing. Their neighbors were mostly German Americans but other nationalities lived there also. All the museum families had actually lived at the address.

There were no African Americans at the address, but by pure chance, a black man of the same name, Joseph Moore, worked in a restaurant nearby.

The Tenement Museum is creating a new apartment to house the black Joseph Moore and his wife Rachel, though they never lived there, and will weave his story into that of his Irish namesake.

It was, of course, a difficult era. The Draft Riots were caused when rich people were able to buy their way out of military service which meant that many more immigrants were forced to serve. Many Irish were involved, and numerous black people were killed. (Though it should not be forgotten there were many Irish among the police who died defending the streets.)

It is clear to see where the museum may be going with this, to the broader context of blacks and Irish, but to do so would be genuinely unfair to the memory of the Irish Moore family who had not even arrived in New York when the Draft Riots occurred.

Instead of a charming and deeply educational look at Irish immigration to New York in that period, it appears we are now set to expect a history lesson about the negative history between blacks and the Irish.

But that may well not tell the story either. As Black 47’s Larry Kirwan’s new play Paradise Square makes clear, there was very significant, friendly contact between blacks and Irish in New York at the time.

Also, thousands of  Irish had given their lives in the American Civil War that ended slavery. How will that history be remembered? How would the fact that undisputed Irish leader Thomas Francis Meagher not only called for blacks to be set free but to be given the vote also?

The museum’s retelling of the journey of young immigrants like the Moores is a treasure. Let’s not bring woke politics into it.

Some reports have the black Moores replacing the white Moores; other reports indicate that the two families would be discussed together in a compare and contrast.

Let’s be honest. The Moores, a post-Famine fleeing couple with three kids, had very little to do with great or terrible events in America. They merely fought to survive.

*This editorial first appeared in the December 8 edition of the weekly Irish Voice newspaper, sister publication to IrishCentral.