Conflicting reports have emerged about the future of the Irish tour at the Tenement Museum in New York City, with some sources claiming that the museum is set to "replace" the story of an Irish family that lived at the building in the 19th century. 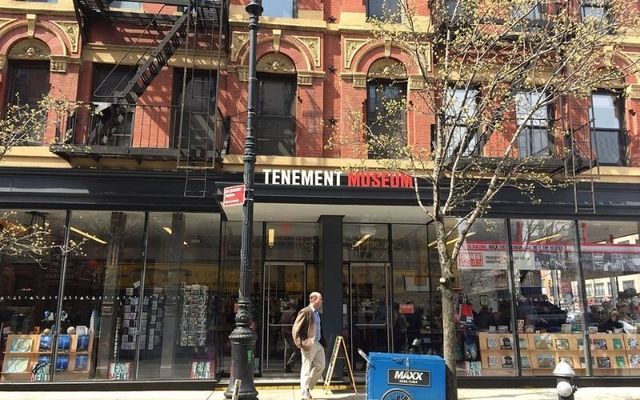 Conflicting reports have emerged about the future of the Irish tour at the Tenement Museum in New York City, with some sources claiming that the museum is set to "replace" the story of an Irish family that lived at the building in the 19th century.

The Tenement Museum, located at 97 and 103 Orchard Street on the Lower East Side, is devoted to documenting the immigrant experience in New York during the 19th and 20th centuries, paying tribute to the 7,000 people who lived in the five-story building.

Among the experiences documented at the museum is that of Joseph Moore, an Irish immigrant who lived at 97 Orchard Street with his Irish wife Bridget and their three American-born children. Their story is featured in the "At Home in 1869" tour.

Shortly after opening Joseph Moore's apartment at the museum, researchers at the Tenement Museum came across in a city directory a second Joseph Moore, another waiter who lived in a nearby neighborhood, also in 1869.

The second Joseph Moore, however, is listed as "colored." While born as a free black man, this Moore was born in New Jersey before slavery was fully abolished in the state.

WBUR reports that museum educator Darryl Hamilton, a descendant of black and Irish immigrants, discovered the city listing. Upon the discovery, he said: "What a great opportunity to have a conservation about how we have common ground between these two Joseph Moores."

Further, as WBUR puts it, the discovery "lit the spark ignited by last year's racial reckoning."

The Tenement Museum is now set to recreate an apartment for the black Joseph Moore, who never lived in the building. The recreation on the fifth floor of 97 Orchard Street is part of the Museum's "Reclaiming Black Spaces" initiative.

The Daily Mail cites Peter Van Buren, a former educator at the museum who is now critical of the organization's "wokeness" in a piece he penned for The Spectator.

"Narratives were rewritten" at the museum, Van Buren writes, adding, "for example, the Irish immigrants went from suffering anti-Catholic discrimination in Protestant New York to being murderers of innocent blacks during the 1863 Draft Riots. Never mind that the Irish family spotlighted by the museum lived there in 1869 and had no connection to the riots. We were on a woke jihad."

He continues: "This wokeness, which drove me to quit [the museum], is now headed for a new low in a desperate move to shoehorn a black family into the mix.

"The museum is planning for the first time not only to feature the story of a family who never lived there but that weren’t even immigrants. They were born in New Jersey.

"To accommodate this change, the museum will do away with its current Irish family tour in lieu of a hybrid to emphasize black suffering and deemphasize the actual life experiences of discrimination imposed on the Irish by 'whiter' New Yorkers."

Earlier, in June, Museum President Annie Polland told the New York Times that the black Joseph Moore story would not be replacing the Irish Moore story. Instead, the museum would offer a "hybrid" tour telling the contrasting stories of both men and inviting visitors to think about their different experiences.

As the New York Times notes, "The museum talks about Moore as a kind of internal immigrant, coming to New York to seek opportunity, and perhaps greater safety, at a time when the Fugitive Slave Act put even free Blacks in danger of kidnapping."

Lead researcher Lauren O'Brien told the New York Times: “The museum has always looked at the question of how people become American, but what does it mean to be born an American, but not seen as an American?”

Moore was listed as living in New Jersey from 1880 onward, but O'Brien said that the trail goes cold thereafter. She said that Moore likely didn't enjoy the same upward movement on the socioeconomic ladder that his working-class white immigrant counterparts did.

"You don’t have that neat, clean ending. There’s no resolution of being considered an American."

Polland said that the museum was reshaping every tour on offer at the museum to explore how race and racism shaped the opportunities on offer to white immigrants.

"Basically, we’re taking apart everything and putting it back together again," Polland said. "Ideas about race were important for understanding every family’s experience, at every moment in time, in New York and on the Lower East Side."

IrishCentral has reached out to the New York Tenement Museum for comment.