Is it a case of “no Irish need apply” on Biden cabinet pick?

Marty Walsh, the Boston mayor, ticks all the boxes as the next Secretary of Labor, but there is a surprising stumbling block it seems. 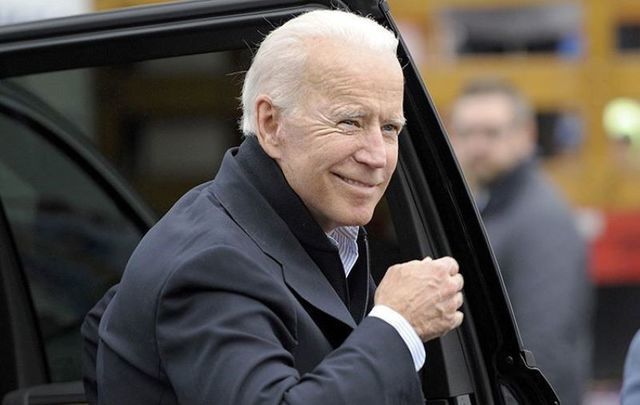 Could there be a case of “No Irish Need Apply” for the important job of Labor  Secretary in the incoming Biden administration?

Perhaps. Here’ what Politico stated about filling the position: “President-elect Joe Biden is considering nominating Boston Mayor Marty Walsh to lead the Labor Department, but concerns over diversity have delayed a final decision and could ultimately lead him to choose another candidate, five people familiar with the deliberations told POLITICO”

Walsh, by all essential criteria, is perfect for the job. He is an extremely popular two-term Mayor of Boston who won his reelection race by 30 points. He has harvested the working-class vote in his elections, rare enough for a Democrat these days. He also has had a solid friendship with Joe Biden for years and the two men speak often so the president is comfortable with him.

His labor record too is impeccable. As his bio notes: “Walsh joined the Laborers' Union Local 223 at age 21 and served as the union's president until his election to the Mayoralty of Boston.

“He was elected secretary-treasurer and general agent of the Boston Metropolitan District Building Trades Council, a union umbrella group, in the fall of 2010. In 2011, Walsh was named head of the Boston Building Trades.  Walsh resigned his post when he announced he was running for mayor in 2013.”

All in all, the son of Irish emigrants, who even speaks a smattering of Irish, could be cut from Central Casting he fits the Labor Secretary job so well.

But here’s the rub, as a white Irishman he may be denied it according to Politico. Whatever happened to competency and ability which Walsh has in spades?

Politico states it bluntly: ”But Walsh is a white man. And although Biden has already nominated the most diverse Cabinet in history, some groups are pushing for more representation among the five Cabinet posts that remain unfilled.”

Politico reports the Asian American and Pacific Islander community, as well as the Congressional Black Caucus, are pushing for someone from their background to be selected.

I’m all for diversity in the cabinet but are we replacing one kind of discrimination with another, where the best person will be passed over because of the color of his skin?

I hope not. Biden has already chosen the most diverse cabinet in history and well done to him.

He needs to pick the best person for Secretary of Labor whatever their skin color. I truly believe Marty Walsh would be a huge success in the role. He has walked the walk and talked the talk when it comes to the working man or woman and their issues.

After the union-busting Trump administration, a new beginning is badly needed. Labor needs a fighter and Walsh is certainly that.

Biden should do the right thing it seems to me. Politico reports he wants to but is  being told to be very sensitive to diversity concerns

Go for it, Joe. Walsh will be one of your star performers. Competence, not color or creed is what counts.