Inspired by the new President of the United States I realize I have been overly modest in this era of “alternative facts.” 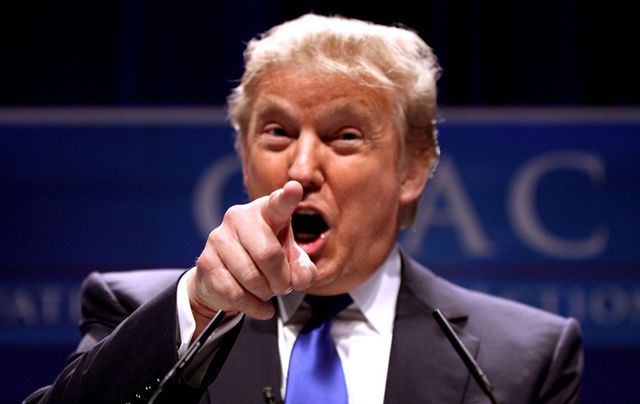 Inspired by the new President of the United States I realize I have been overly modest in this era of “alternative facts.” Flickr

I realize I have been overly modest in this era of “alternative facts” as outlined by Kellyanne Conway, advisor to the great Panjandrum President-elected Donald Trump, on NBC at the weekend.

I foolishly had always taken Senator Daniel Patrick Moynihan at his word, that “people are entitled to opinions, but there is only one set of facts.”

Even Joe Friday in "Dragnet" will have to change his slogan from “just the facts” to “just no facts.”

John Adams was clearly wrong when he stated in 1770: “Facts are stubborn things; and whatever may be our wishes, our inclinations, or the dictates of our passion, they cannot alter the state of facts and evidence.”

“Now, what I want is, Facts. Teach these boys and girls nothing but Facts... Facts alone are wanted in life.” Stick to Facts, sir!"

Given that has proven incorrect, as per the size of the inauguration crowd, whether The Donald attacked the CIA via tweet before the media reported it or not, whether Obama was born in Kenya etc, etc, it seems irrelevant now since the American people have elected a man very comfortable with his very own set of facts.

Trump says he has "running war" with media, gets facts wrong, in CIA speech https://t.co/7J7lKmuLs8 pic.twitter.com/fAiBJqRlrz

Inspired by this I hereby finally tell the alternative set of facts about me and my business and my amazing life that I have long concealed.

- I am a Navy SEAL and I killed Bin Laden and his Irish cousin Bin Drinking but cannot discuss further.

- I married a French model, Claire De Lune, voted most beautiful woman in the world who also graduated Harvard first in her class in experimental astrophysics and minor brain surgery. We have 11 perfect children.

- There were 650,000 people at our wedding, including 42 heads of state. I refused to invite Queen Elizabeth.

- Nelson Mandela was my best man, Tom Brady was ring holder (it was a long time ago)

- I used to think I looked like Brad Pitt around the back of my ears, now I realize I am Brad Pitt.

- I am a billionaire, IrishCentral has readership of 86 million hourly give or take a few million.

- I have been offered the role as the next James Bond but was forced to turn it down because of a “Star Wars” offer to direct and star in the next 500 sequels. I will also be the first man on Mars.

- I won the Nobel Prize for Literature, Medicine and Physics for my book.”Goodnight Loony Tune” dedicated to the president.

- But for being born in Ireland I would have been appointed US president by acclamation.

- Jose Cuervo wanted me for “Most Interesting Man in the World,” but I wasn’t interested - too busy.

I wish those facts to be acknowledged from now on, not forgetting my Papal Knighthood, My French Legion D'Honneur, the American Medal of Freedom (with distinction) and the Russian Lenin peace prize. If anyone disputes this I will gather my all 2 million volunteer army and destroy them. As the French say, “Aux armes Citoyens!