The Celts and Catalonia -- Five things you need to know

The evidence for a one-time Celtic Catalonia is strong. 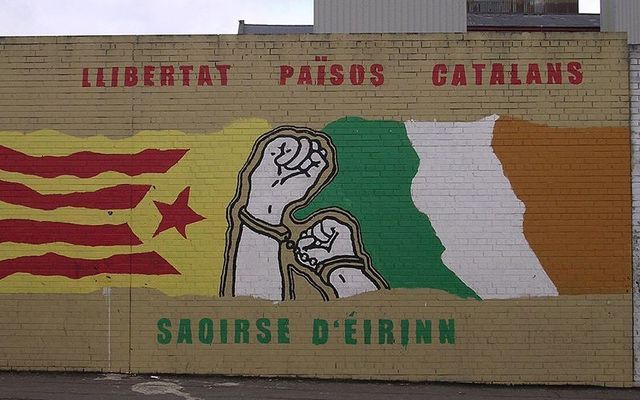 Catalonia is seeking to separate from Spain and matters have gotten rather nasty as Spain has stated they will occupy Catalan, a region of 7.5 million people, and effectively remove their parliament.

If you think the Celts are mixed up in this you would be right. Indeed, the Celts may have started the entire thing.

Read more: If Spain breaks up, what are the implications for Northern Ireland?

The evidence for a one-time Celtic Catalonia is strong:

1) Way back in 1500 BC, the region was taken over by the Proto-Celtic Urnfield people who brought the rite of burning their dead and burying their ashes in an urn in their fields.

3) Linguistic evidence suggests that the people of this area spoke an early form of Celtic, perhaps originally proto-Celtic many of which words would be recognizable as the Irish language today

4) The proto-celtic language is a forerunner of Celtic language. There are hundreds of Celtic words migrated into the Spanish language here’s a few. “How are you” which is “conas ta tu?", which is "cómo estás tú?" in Spanish.

5) Donovan Ryan in wordreference.com notes:”Celtic migrants about 5000 years ago, over a large period of time, mixed and mingled with the iberian people to form the celtiberos. There is without a doubt a significant level of ancient mixing of the two cultures so I don't see why there wouldn't be some remnants of this with regards to language. I'm surprised there hasn't been much if any research into this by linguists.”

It looks like the old time Celts are stirring up trouble in Catalonia again. The Fighting Irish doesn’t just mean Notre Dame!