The amazing Pope Francis admits to seeing a Jewish psychiatrist

A new book based on interviews with the pope reveals the Catholic leader once consulted a psychiatrist. 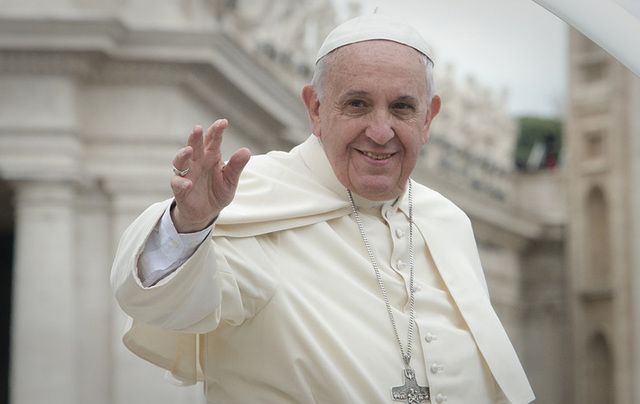 This pope never ceases to amaze. Now he freely confesses he saw a psychiatrist during a troubled time in his life.

Can you imagine Pope Benedict or John Paul admitting such a thing? Of course not. The macho nature of the papacy would preclude that but Francis is a gentler soul, prepared to admit inadequacies. By doing so he helps us all.

She was Jewish and he went to her home for six months for sessions. “She was a good person. For six months she helped me a lot,” he says in a new book.

They became such good friends that later in life, as she was dying, she called him to discuss spirituality and insight.

It’s a movie waiting to be made, the pope and the Jewish shrink, and the interaction, the treatment offered, the insights he gained.

Who's to say that an alliance between Freud and Jesus and gaining understanding from the psychological as well as the spiritual insights is not the right way to go in explaining life?

How honest of him to admit it so freely and to make it so easy for Christians struggling with issues that faith alone can not resolve.

He is helping remove the stigma so many feel about seeking psychological help. His admission of weakness is actually a display of strength. “I am not infallible when it comes to matters of the human mind” he is saying.

He went for help in his native Buenos Aires, he was aged 42, at a time when he was struggling with his position as head of the Jesuit Order and the fact that he had to deal with a military junta.

She obviously made a huge impact. Francis was quoted as saying: “One day, when she was about to die, she called me. Not to receive the sacraments, since she was Jewish, but for a spiritual dialogue.”

He admitted a few years ago that “my authoritarian and quick manner of making decisions led me to have serious problems and to be accused of being ultraconservative.”

The revelation is a first for the papacy, said Robert Mickens, editor of the English-language edition of the Catholic daily newspaper La Croix.

“I suppose there may have been oddball popes in the Middle Ages who sought advice from seers or something, but nothing like this.

“Bergoglio is a person with his feet on the ground, but he realizes that you can’t pray away all your problems. That said, he would be the first to say that analysis is no substitute for spirituality.”

The story comes from a book written by Dominique Wolton, a French intellectual, based on a dozen interviews with Pope Francis.

The 432-page book, Pope Francis: Politics and Society. Conversations with Dominique Walton, will be published on Sep 6.

Francis also states that he feels as if he lives “in a cage” at the Vatican, because he cannot leave the tiny state.But spiritually, he said, he feels “free”, adding “nothing makes me afraid.”

He stated he could not live alone in the grand Vatican palace but stays in a modest guesthouse instead, living in two rooms. “It’s for psychiatric reasons. I can’t live alone, do you understand?”

We do understand. Clearly this is a pope who arises each day with a mighty strength--a decent honest, humane man without peer as a church and world leader.