Who is trying to take down Declan Kelly, Teneo?

Amid allegations of deals and double deals Irish-born PR guru Declan Kelly and his company, Teneo, have been facing intense media scrutiny. Who or what is behind the onslaught? 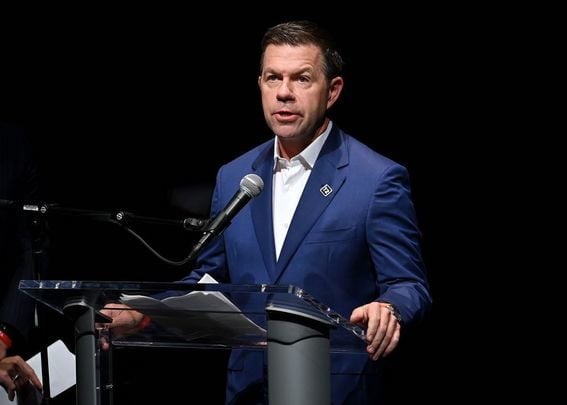 Declan Kelly resigned as Teneo CEO in the wake of the allegations. Getty

When news of Declan Kelly’s disastrous Global Citizen event in Los Angeles where he admitted he was drinking and had been inappropriate with five women broke it looked like a one, maybe two-day story.

After all, the episode had happened in early May and it was now late June when the Financial Times and Page 6 in the New York Post first reported it. Blockbuster stories don't tend to hang around that long unreported and after all, it wasn’t some superstar like George Clooney or someone else famous who was involved.

Kelly came out and apologized and promised to get clean. He said he would resume his job in September but that looked doubtful. The “Me Too” era demands otherwise and what once might have been considered boorish but forgivable behavior became utterly unacceptable.

Kelly was six weeks late with the apologia, a strange mistake for such a talented communicator. Basic PR advice would have been to get out ahead of the story before the media found out about it and try and control the narrative by being honest, open, and transparent. Instead, Teneo decided to cover up. Big mistake.

But even given that it seemed likely it would peter out after a day or two. Teneo is not a massive company by any stretch, with about 1,200 employees. This was no Fortune 500 CEO screwing up. Teneo is valued at about a $700 million dollar company, a minnow in the scheme of big American companies. Yes, Teneo is a large company by PR standards but far behind the likes of Edelman for instance, in their own field.

But somewhere along the line, Kelly must have deeply angered some pretty powerful person because what transpired was an orchestrated takedown of him and his company involving almost every major financial reporting newspaper and even Page Six for shock value.

It was a story that just kept on running and as I write on Friday night having just read a new Wall Street Journal article, it shows no sign of stopping. The Financial Times, Bloomberg, Wall Street Journal, Irish Times have all piled in and the result was a flood of negative Kelly/Teneo stories. The New York Times is reportedly calling around this weekend preparing yet another piece,

A PR firm knows very well when it and its CEO is the focus of incredibly bad press it is like living a nightmare. Teneo employees must have felt like a listing ship in a storm as the stories poured in and their captain went overboard.

What was going on? Kelly himself noted in his apologia that there was a concerted effort underway to nail him and his company, He was not wrong.

Why? Various scenarios have been put forward, one that it was co-founder Doug Band, former President Clinton advisor, who was getting back at Kelly after being forced to leave.

But that theory didn't quite fit. If Doug Band appeared at, say the FT  office, with a negative story on Kelly, alarm bells would have immediately gone off because he could have had a major ax to grind,

Theory two; One of Teneo’s competitors, which was losing clients to them, attempted the takedown, but I judge that as unlikely too, given that again, any quality media approached would be deeply suspicious because of the competitive aspect with Teneo which would immediately cause concern.

The theory that I think is correct is that Teneo and Kelly’s past caught up with them and they sailed too close to the wind one time too many, “‘There were deals, double deals and side deals” one media critic of Teneo told me.

They had certainly been accused of that on a number of occasions. There were at least two incidents, one $57 billion huge oil deal, another a massive insurance company deal where it was alleged Teneo acted in dubious fashion. I would guess that someone who felt shafted in one of those deals or perhaps some other deal not reported was waiting in the long grass for Kelly to slip up.

I offer this only as an opinion but also on the Occam’s razor principle that the right answer is more often than not the obvious one.

As to who it could be I just don't know. Kelly had made powerful friends but also powerful enemies on his meteoric rise to the top.

As he surveys his broken empire, he must know that he has been utterly outmaneuvered,  failed to get his own pr right on the Global Citizen issue, and now faces issues unknown as the press savaging goes on.

The man who advised exalted CEOs had failed to see the danger clouds coming and he provided the perfect opening with the Los Angeles event nightmare. The big question is, is there more to come? Given the intensity of the media coverage, you would have to expect so.