If you want a primer on how Sinn Fein has become the Irish political party with the best access in the U.S., look no further than the party’s reaction to the collapse of the Northern Irish power-sharing government last week. 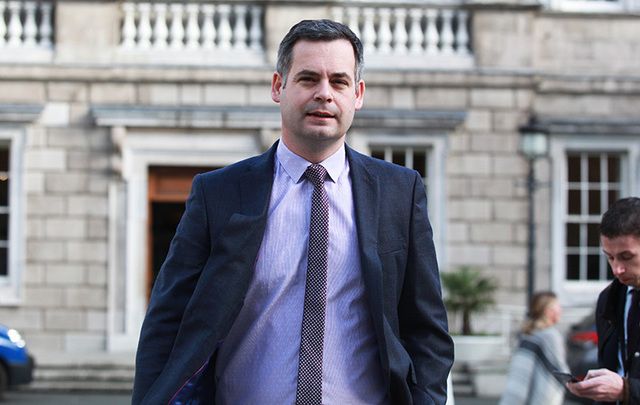 Martin McGuinness , former first Deputy Minister had made the decision to step down.He will be deeply missed but Sinn Fein the political party has a well-honed succession plan.

If you want a primer on how Sinn Fein is successful  look no further than their reaction to the collapse of the Northern Irish power sharing government last week.

Even before the news was official Sinn Fein’s US representative Rita O’Hare and Pearse Doherty one of the party's rising stars in the Irish Republic, were on a plane to the US with Washington and New York meetings scheduled.

You would wait a long time for a spokesman for the other parties to make such a trip. Patrick’s Day aside, engaging with the Irish American community is not a priority.

Doherty who represents Donegal and was actually born in Scotland before returning at age 3, is impressive. He is the party’s finance spokesman who revealed last year that Finance Minister Michael Noonan's figures were all wrong and off by billions as the country faced another cost cutting budget.

At first the media dismissed the 40-year-old’s accusation only to find out it was true. It was the kind of Alice through the  Looking Glass moment with the often derided Sinn Fein party seen as weak on economic issues running the proverbial coach and four horses through financial maestro Noonan’s numbers.

Doherty also believes there will be another election in the Irish Republic in 2017 and that the after effects of the massive taxpayer payouts to keep banks solvent will still come back to haunt the powers-that-be. Put simply he does not believe the funds are in the coffers to cushion the long term pain of the bailout.

Speaking of Northern Ireland, Doherty and O’Hare had met with eight congressmen on the Hill to explain the Sinn Fein position, including several powerful voices such as Congressman Joe Crowley who has a real shot at speaker someday soon and Ritchie Neal, now the ranking Democrat on the powerful House Ways and means Committee.

The message was straightforward. Sinn Fein had enough of the arrogance of the DUP in power, the last straw being the pulling of funds from an Irish language school while simultaneously giving increased funds to an Orange marching band.

The stated reason for withdrawal was the scandal costing $500 million of the renewable fuels imbroglio where a complete screw up of the scheme made it possible for recipients to make more from burning fuel than conserving it. 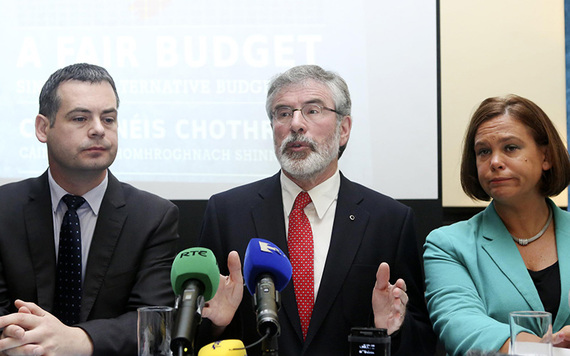 Arlene Foster had been in charge of that ministry at the time and had been informed by a whistleblower of the massive overrun in costs but did nothing.

Sinn Fein had also tired of Foster’s Thatcher-like persona not yielding an inch to nationalists unless it was absolutely dragged out of her.

With public opinion strongly against Foster’s handling of the renewable heat issue Sinn Fein cooked a good time to withdraw.

The good news for Sinn Fein with men like  Doherty in the wings and women like Mary Lou McDonald the future of the party in the Irish Republic seems in very good hands--as does their American outreach.