Not fake news: Trump and Ryan look like the Keystone Cops in Obamacare debacle

There will be a new movie out soon about politics in Washington. It will be called “Mama, They Shrunk the Speaker.” 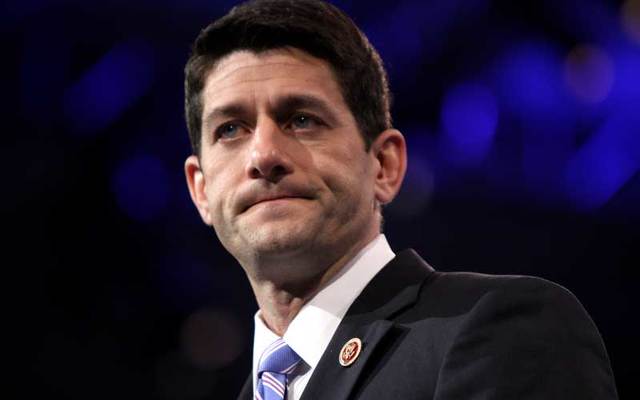 It looks likely there will be a new movie out soon about politics in Washington. It will be called “Mama, They Shrunk the Speaker.”

The star is Paul Ryan whose future as Speaker of the House must be in grave doubt after yesterday’s failed attempt to finish off Obamacare despite having a massive congressional majority.

Once the golden boy, the gloss has come off the Wisconsin Irish American who has proven he is no “Tip” O’Neill when it comes to counting votes.

O’Neill always “had the balls and he had the facts” when it came to votes as one admiring Republican noted.

Ryan, it is clear, has neither when it comes to challenging his caucus and reading the mood of the party.

He is like his predecessor John Boehner, castrated by the far-right fanatics who it seems can dictate Republican policies as they wish.

They have certainly shown they do not fear Ryan and now it is clear they don’t fear Trump either.

Thomas Phillip "Tip" O'Neill Jr. served as the 47th Speaker of the United States House of Representatives from 1977 to 1987. Credit: NARA/Wikimedia

Trump, the self styled great negotiator, didn't get far in his first legislative battle. Indeed, he hoisted the white flag over the White House with breathtaking speed-- and this wasn’t even a fight against Democrats.

In the process, he achieved the unthinkable, making Obamacare popular again.

While his own turkey of a bill only received 19 percent support according to a Quinnipiac University poll, Obamacare was approved of by half of all Americans.

One can only imagine what ‘Tip’ O’Neill would have thought of Trump. O’Neill once said “It’s easier to run for office than run the office.”

Trump is the embodiment of that.

Right from the moment he became a serious candidate, Trump had vowed to do away with Obamacare in a matter of days.

Washington insiders said pigs would fly if he could achieve that.

So far, there is no sign of porcine pilots.

It was Trump’s top priority and now his plan lies in tatters and there will be hell to pay.

Worst, he and his staff have been exposed as rank amateurs, unable to work out a deal with his own party factions, never mind with Democrats.

Forget about the political aspect, concentrate on the amateur hour that the White House has become since Trump took over. Crisis after crisis, confused messaging, massive leaking, Twitter tantrums, it’s more like a kindergarten than a White House.

Trump will never accept the blame himself, and already, absurdly, told The New York Times the Democrats were to blame for not supporting his gutting of health care for 24 million Americans as the Congressional Budget Office estimated.

It is the classic Trump maneuver to change the topic when his own failures become obvious. But it won’t work this time.

Speaker Paul Ryan will be the scapegoat. He was the vote counter, the man who would deliver the differing factions within the GOP. After all, wasn’t that why he was chosen after John Boehner ran afoul of the Freedom Caucus?

Yesterday, was about the Art of the Failed Deal for Trump. Those backers who thought they would get fed up of winning once Trump was in office may now, alas, find they are still losing.

If this is what winning looks like, I’d sure hate to lose.