John Spain, who was a columnist with the Irish Voice newspaper and IrishCentral for more than 30 years, has sadly passed away today, October 27. 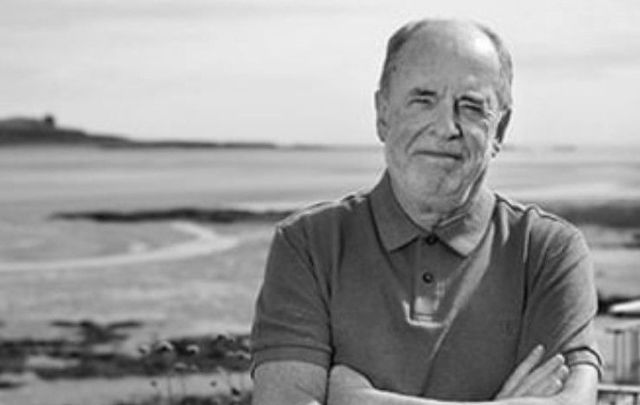 John Spain was a columnist for the Irish Voice newspaper, sister publication to IrishCentral, for 34 years.

The loss of John Spain will be profound.

From day one at the Irish Voice in December of 1987, he was the contrarian in the pack, the guy absolutely sent on earth to annoy, pester, sting, force people to take in a different form of truth.

I knew John from working from America for The Irish Press, the legendary de Valera-owned newspaper where John held several leading editorial positions over time. I had read some of his editorials and knew he had a plain, uncompromising style and strong, direct opinions.

The reaction to his weekly column was swift and savage. Irish America did not like being lectured to from Ireland about events there in such a naked and provocative manner.

Back then there was no internet, but I can safely say at his height, John was the subject of about 50 letters a week. 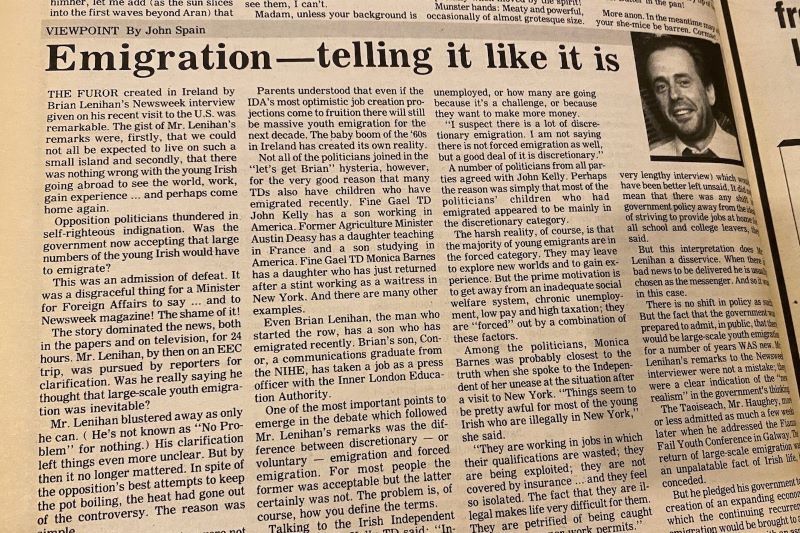 A photo of John Spain’s first column for the Irish Voice, in our debut issue dated Saturday, December 5, 1987.

In fact, next to the outrage and boycott effort when we endorsed gays to march in the St. Patrick’s Day parade in New York City, no other columnist came close in terms of reader reaction.

John was articulating very well a point of view that was essentially in the ascendancy in Ireland at the time. We forget the atrocities, the mind-numbing feeling every morning waking up to news of another killing by whatever side. There were millions like John saying enough is enough.

John caught the immediacy, the deep anger, hurt, and shame that such violence was happening in his beloved Ireland. He spoke for huge numbers in that respect.

That still didn't stop people begging me to pull his columns, but that never crossed my mind. The First Amendment is one of the greatest freedoms ever written into a constitution and I was not about to set it aside.

Looking back over John’s columns, I am struck by how prescient they were. They were also never written at a distance but from close-in experience.

He was right very early on identifying the Catholic Church crisis for what it was, the definitive story of our times. He was insightful, predicting the property boom and bust in the ‘90s, the tensions around Sinn Féin north and south, and so on.

This is a guy who understands the cross-currents that make Ireland such a fascinating place.

Let me finish up with another tragic development. John’s niece married my nephew so we are somehow related. The shame of it has caused me to withhold this vital information until now!

You will be sorely missed, John.