The death of former Irish manager Jack Charlton marks the end of an incredible era in Irish sport and in Irish America. 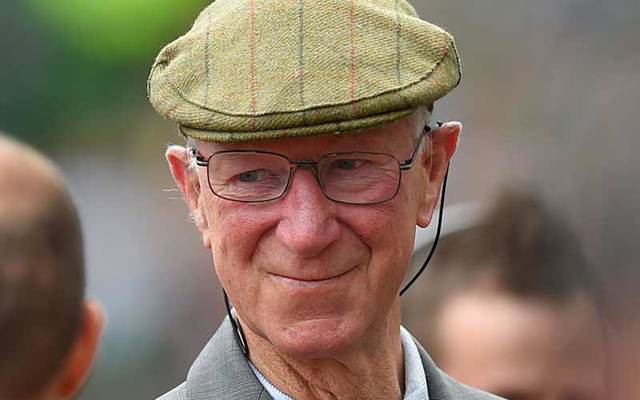 “Jack Charlton an exceptional leader who had Ireland dancing in the streets.” was how The Guardian headline summed up the career of Ireland’s favorite Englishman.

There were many tributes like that. The death at age 85 of former Irish manager Jack Charlton marks the end of an incredible era in Irish sport and in Irish America. I trace it back to a long ago Sunday in June.

It was a hot Sunday morning in Astoria, Queens, that day of June 12, 1988, which will forever live in memory.

I was one of about two hundred patrons squeezed tighter than sardines into an Irish bar which was one of the few locations in America we could watch the clash of the ages, Ireland Versus England in the European Championship soccer finals live from Stuttgart in Germany.

The adventures of this Irish soccer team, whom the Irish nation had taken to their hearts, were about to begin. All over Ireland Tricolors were proudly fluttering and a nation held its breath as the battle against the heavily favored English began.

Amazingly, we had a proud Yorkshire Englishman to thank for the love affair. Jack Charlton was a British legend, a World Cup winner long before the Irish embraced him.

Now he was the manager leading the “Boys in Green” into a major tournament for the first time in history and suddenly he was living proof that the Irish didn’t hate all Englishmen.

Jack had come up with a new formula, laughable by today’s sophisticated game plans simply known as “put them under pressure” in which the Irish team short on skill but huge of heart, harried and worried their opponents until finally overcoming them and forcing them to make mistakes.

It was still early in the game when the impossible happened and Ray Houghton, one of many English-born players on the team who qualified for Ireland through ancestry, set the stadium alight. A mis-kick by an England defender reached Houghton who headed the ball over the world’s best goalkeeper, Peter Shilton, to put Ireland in the lead.

It was  one nil and it remained that through the pulsating moments until the end of the game.

Then the final whistle blew and 200 Irish in the pub raced outside whooping and hollering and shattering the peace and quiet of a calm Sunday morning in a Greek neighborhood of Queens. Defeating England at soccer, their own game, was an impossible wish for a century or so and now it had happened.

The love affair had begun. Jack Charlton was soon the most beloved man in Ireland and his underdog team continued to play way above themselves.

Many credit that team for changing Ireland for creating an atmosphere of “can do” and find a way to win for a country only beginning to emerge from a long insular and joyless period.

The emigrant Irish were hooked too, very proud that emigrant sons of Ireland contributed to the team and created a sense of global Irish that changed the whole perception of the island.

1988 was followed by the World Cup in Italy in 1990 when again, Charlton and his men led a triumphant march defeating far more fancied teams.

Tens of thousands of Irish made the trip to Italy and the worldwide phenomenon of Irish fans traveling to whatever part of the world the team was playing in was born. Jack’s Army, they were called, and everyone Irish from the most sophisticated to the working class signed up to be a part of it.

“The Fields of Athenry” became the anthem and sent chills down every Irish person’s spine when the fans began to sing. Like “You’ll Never Walk Alone” for Liverpool fans it became the unofficial national anthem.

Ireland reached the quarter finals of the World Cup in 1990 before being defeated by the host country 1-0. In the game before the quarter final Irish TV had record viewing figures as they defeated Romania on penalties.

Jack Charlton became a regular visitor to America, often speaking to packed auditoriums of Irish fans. His Geordie accent and quintessential working man persona endeared him to one and all and there were times it seemed he had transmitted that honesty and working cred straight to his team.

The 1994 World Cup was held in the USA. To qualify, Ireland had to defeat or draw with Northern Ireland whose manager Billy Bingham made quite clear that stopping the Republic was an exercise in sectarian pride as much as anything. The Loyalists in Belfast where the game was played, turned out in force with their anti-Irish chants and threats and the game was played in a very hostile atmosphere.

It was the most excruciating sporting event I have ever watched. Just a draw would put Ireland into the World Cup in America with an opening game against Italy in New York.

Ireland fell behind 1-0 against the North and it looked like Irish dreams were shattered. Then with only 12 minutes remaining Alan McLoughlin, another Englishman proud to wear the green, scored his first ever goal for Ireland.

There were rapturous scenes all over Ireland and the team returned to a wild street party with hundreds of thousands of fans turning up.

Then came the crowning glory when Jack led out his team on June 18th 1994. The Meadowlands was awash in Tricolors and Irish fans from all over the world who filled the stadium making it essentially a home game for Ireland. It was at a time when the IRA were moving to a ceasefire back home, It was the best ever time for Irish America.

Just a few minutes into the game and Ireland incredibly were ahead as Houghton hit a speculative shot that somehow eluded the Italian goalkeeper.

The Irish then had to hold out against one of the great soccer nations on earth and it was a day we saw why players like Pau McGrath and Roy Keane had become such legends.

The final whistle below with Ireland ahead on arguably, the finest day in Irish sport. The blood sweat and tears that Jack Charlton had instilled in the underdog Irish team was evident to all. I can never remember a more excited crowd or wilder celebrations after.

Alas, Ireland went out to Holland in their playoff round but the legend of Jack Charlton had only increased with every passing day.

Ultimately his team gave a rocket boot to Ireland itself, creating a whole new positive image abroad and at home that has lasted to the present day.

The Boys in Green, led by an Englishman, had changed the face of Ireland, Jack Charlton will be sadly missed. May he rest in peace