The spectacle of Irish sporting in the summertime

It's set to be a busy summer of sport in Ireland, with the All Ireland GAA finals and the Galway Races on the horizon. 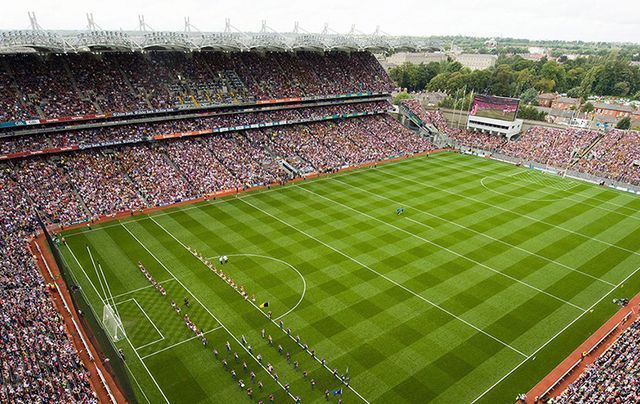 The crack of the bat signifies the beginning of the American baseball season, but in Ireland, it is the hurling stick connecting with the sliotar that announces an Irish summer.

Could there be anything more evocative of the beating heart of Irish culture and sport than the game of hurling, mortal combat with references dating back to 1273 BC, making it by far the oldest field game on earth?

There are about 12 major hurling counties, and four of them – 2021 All-Ireland champs Limerick, perennial challengers Kilkenny, Galway, which also has a noble history in Gaelic football, and Clare, known for their swashbuckling style – make up the final foursome for this year’s All-Ireland trophy finalists.

To say there is eager anticipation is to not do the All-Ireland Championship justice.

There was a game a few weeks back between Limerick and Clare that Limerick won in extra time that experts say was as good as any game played in 12,000 years.

There have been many great Irish hurlers, but none better than the fabled Cú Chulainn, the warrior who could hit the ball a mile and catch it before it landed.

The clash of the ash, as the pundits call each game, is a must-see for any American this summer with a sporting bone in their body.

The All-Ireland finals, formerly played in September, have been moved back to high summer in July and peak American tourist time. This is the first year that a receding tide of Covid is no longer causing panic so there will be full stadiums everywhere.

If you can't make it, you can watch the television coverage of the hurling and football games on the pay-per-view channel gaago.ie. The great service, which broadcasts all the games, is worth every penny.

The hurling finals are by no means the only GAA highlights in this year of banished covid. The Gaelic football finals are also a prime-time attraction for visiting Americans.

Gaelic football, which has been traced back to 1670 in Meath, lacks the incredible history of hurling. It arose when one village challenged another to kick a ball through their town, and general chaos took over before games were given proper rules.

In the modern era it has forged some fierce rivalries, none bigger than the townies of Dublin who will likely face off against Kerry, the rural champions of Ireland, at the All-Ireland semifinal stage in a much-anticipated match-up.

The aforementioned Galway also serves as the venue for the mother and father of all horse racing festivals. For a week the high and low rollers, vagabonds, lords and ladies, lieutenants, three-card trick men, politicians, monkey grinders, and more descend on the Ballybrit racecourse outside Galway city.

‘Tis there you might meet Ed Sheeran’s “Galway Girl” lookalike as the annual Galway Races are as much about the social life and craic after the event as for the races themselves.

As for the horses, a sacred bond exists between the horse and the Gael, one often remarked upon in the earliest Irish texts.

The first mention of horse racing in Ireland occurs around 52 BC, with chariot races taking place on the Curragh during the time of monarch Conaire Mór, whose reign is believed to have lasted for 70 years.

Those are just some of the wonderful spectacles in Ireland this summer. And let’s not forget one other, the tens of thousands of tourism staff and business owners dancing the equivalent of the Apache rain dance – except in Ireland it is a sun dance – to stave away the wet weather.

Biden would love a Trump rematch in 2024 election