General Kelly, there is no compromise with slavery – you are dead wrong

An apologist for the South and slavery, White House Chief of Staff Kelly you can do better. 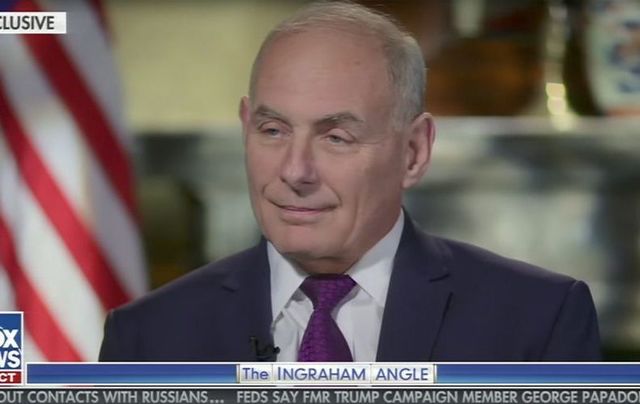 General John Kelly, White House Chief of Staff, made a fool of himself – there is no other way to put it – on Fox News on Monday night. Kelly was talking about how a compromise should have been reached that prevented the American Civil War.

What compromise could possibly have been reached about slavery? The Missouri compromise? the Kansas compromise? Both failed. The Constitution where slaves were awarded 3/5ths of a person status as a compromise?

There was no shortage of people seeking compromise.

Here are the highlights of Kelly’s comments:

Members of President Abraham Lincoln’s cabinet and his first general, George McClellan, made the same argument – that a deal should have been done. Many Northern Democrats wanted a deal. They were known as Copperheads, but Knuckleheads would be a better term.

Only Lincoln foresaw what would happen: the South would be a slave state, probably run as a military dictatorship and the 1860 election result would be set aside and shattered democracy forever in the still-young Republic – and across the world.

We forget France, run by an unelected emperor, had just invaded Mexico and overthrown an elected leader. The forces of anti-Democracy were on the march.

General Lee deserves praise for one action he took and no more. After Lincoln was assassinated there was a mood among some in the South to start the war again. They appealed to Lee who nobly said “enough” with the bloodshed and the misery the war had wrought. 640,000 men lay dead on battlefields across the country. To go again would have been inhuman.

Kelly must have been imbibing Jameson (he once admitted he loves Irish whiskey) when he made that outrageous suggestion.

The underpinning of slavery in the South was the nonsensical belief that the African slaves were better off being worked to death in a cotton field in the deep South than they were in the homeland from where they had been snatched.

The notion was that by his wise benevolence the Southern white man was making an easier life for a slave – even while tearing him or her from their family, working them to death, beating raping and killing many of them, all in the name of the good and kind nature of the white man.

Lee believed a lot of that nonsense and is on the record as saying while the black man suffered from slavery the white man did even more by being forced to implement it.

He wrote that slavery was “a greater evil to the white man than to the black race” in the United States, and that the “painful discipline they (slaves) are undergoing, is necessary for their instruction.”

Nothing like a good whipping to make yourself feel better about having slaves, eh Bobbie?

The more we learn about General Kelly it seems the less we like. An apologist for the South and slavery belongs in a different era, but this entire presidency seems to be from sometime around the Civil War anyway with its attitudes to minorities.

General you can do better.