Will the curse of 1966 doom England in the Qatar World Cup?

Soccer has become the greatest game on earth as we are witnessing nightly from Qatar. The question will soon be answered for England if the ghosts of 1966 can finally be excised. 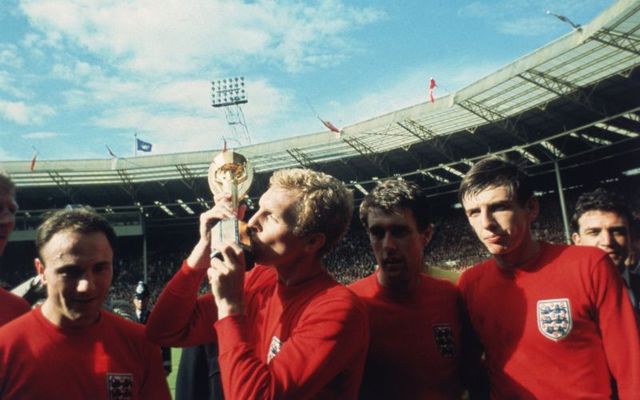 The summer of 1966 was an unforgettable one. As Irish schoolchildren, we watched enthralled as live matches were beamed from London for the first time of the World Cup, the greatest prize in sport.

The main attraction apart from the English team seeking history was the superstar Pele from Brazil, still judged the greatest of all time by many experts.

It was a time, though, when brutal physical tactics were condoned by referees, and Pele and Brazil were literally kicked out of the World Cup.

There were no analysts. There were black and white televisions but the fervor was sparked from early that summer.

The cup was being contested on home soil for the English for the first time since its inception in 1930. It was an occasion like a royal wedding.

People spoke of little else.  Even in Ireland where the Irish team of course had not qualified for the finals, the attention fell on England.

That English team stood out, especially their blonde captain and highly articulate leader Bobby Moore who exemplified the Hollywood handsome, cool, clean image of a top-notch player. (Many years later his daughter Roberta worked as events coordinator for our sister publication Irish America magazine and confirmed his cool and calm demeanor off the pitch as well.)

Moore was the JFK of Britain for a time who men looked up to and whom women adored. His untimely death from cancer a few years later made the comparison even more apt.

Players earned not much more than the average wage back then. There was shock and awe after Jimmy Greaves, an outstanding striker, was given a salary of just under £100,000.

Compare that to the contract signed by French superstar Kylian Mbappe who will reportedly make $520 million over three years from his club Paris Saint-Germain and have use of a corporate jet whenever he needs one.

Back in 1966, the English side began its almost mythical march to the World Cup final and reached it after a massive dust-up with Argentina in the quarterfinal and a win over Portugal in the semis. England then faced West Germany in the final, a mere 20 years after the most vicious war in modern history.

The game swung back and forth but was finally settled when a little-known striker, Geoff Hurst, scored the winner. English fans went positively mad.

Incredibly they have won nothing since in terms of European Championship or World Cup titles.

Perhaps the gods will look kindly now that the English are in the World Cup quarterfinals, but 1966 is a very long time ago now and the jinx could strike again. Some fans genuinely believe there is a curse on the team.

By giving the world soccer, England repaid some of the debt it carries from waging vicious imperial wars. Amazingly, rules were never codified until relatively recently on November 26, 1863, when a common set of rules was adopted and the English Football Association was founded.

Up to that point, a violent form of football with different rules in different parts of the world was the norm. Now the official Iaws would be laid down in what would be called association football.

Incredibly, Irish authorities tried to stop Irishmen and women playing soccer, deeming it a foreign game. The ban was only removed in 1971.

Soccer has become the greatest game on earth as we are witnessing nightly from Qatar. The question will soon be answered for England if the ghosts of 1966 can finally be excised.

The London Sunday Times summed it up succinctly in a weekend headline: “England Dare to Dream?”

Ask me after their match against France on Saturday.