Cardinal Dolan has received significant criticism recently over his closeness to Trump and a recent sermon he gave where he praised the president highly. 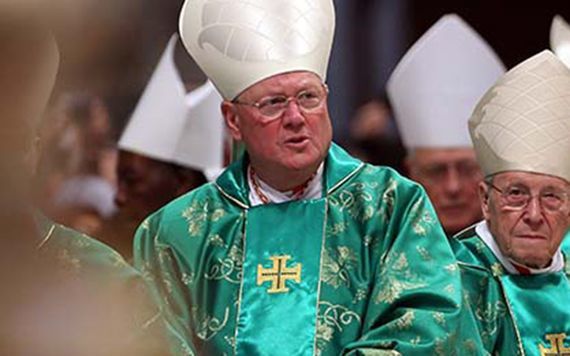 Cardinal Timothy Dolan was said to be deeply unhappy with the deportation of former IRA operative Malachy McAllister, especially as he believed he had an understanding that McAllister would not be deported.

Cardinal Dolan has received significant criticism recently over his closeness to Trump and a recent sermon he gave where he praised the president highly.

Dolan, who has grown to know and like McAllister who is a devout Catholic, had made several critical phone calls to the White House to prevent deportation.

It is believed Dolan thought that McAllister was safe from deportation because of his relationship with Trump which is very controversial, especially in recent weeks as protests mounted against the president.

Other Catholic bishops have been far more outspoken against the US president.

McAllister, 62, was a frequent visitor to Dolan’s residence and was an ever-present at Irish events there. He was also active on the pro-life issue. There are numerous photos of the two together.

McAllister, who has been living in the US for more than two decades, officially surrendered himself to authorities in New Jersey on Tuesday, June 9 following a lengthy battle for him to remain in the US. He was deported to Ireland on June 10.

A number of high-ranking US politicians, including New York Senator Charles Schumer, have denounced McAllister's deportation while the Ancient Order of Hibernians say that they will continue fighting on his behalf.

It is believed that there was no communication with the White House and Dolan on this occasion before McAllister was deported.

McAllister was one reason Dolan could point to where cooperation with Trump worked - until this final episode where there was no communication and McAllister was summarily deported.