Jiving is a way of life for some and something that every young Irish rural person will have to learn one way or another but how did it become so popular in Ireland? 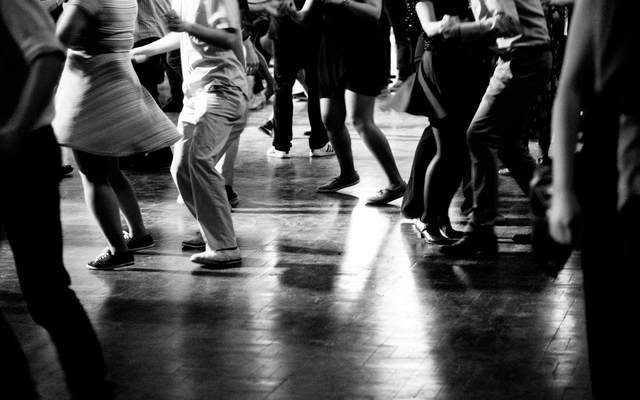 Why is jiving so popular in Ireland? Getty

Jiving is a way of life for some and something that every young Irish rural person will have to learn one way or another but how did it become so popular in Ireland?

I played "Four Roads to Glenamaddy" by Big Tom recently on Celtic Crush, my SiriusXM radio show. It seemed only fitting as the Big Man had not long departed this earthly coil.

I tried to highlight the importance of Mr. McBride to Ireland’s social and sexual scene back in the 1960’s through 70’s.

Everyone danced back then and if you were a genuine culchie you frequented huge ballrooms in the middle of God-Knows-Where.

Be that as it may, there was a schism in the dance world. Pop bands led by the inimitable Freshmen from Ballymena competed with Country bands led by Big Tom from Castleblaney, and rarely did the twain meet!

Being a teenage musician in an “opening band,” I got to experience both sides of this societal divide.

It was great training as you got to play before a couple of thousand people who didn’t give a fiddler’s if you dropped dead as long as you kept the beat.

You were there solely to “black the floor” so that the stars could nonchalantly stroll onstage to a full house.

And yet I recall a traumatic humbling while opening for Big Tom and The Mainliners in Adamstown Ballroom, in the far recesses of County Wexford’s back of beyond.

It had all to do with the Jive – a particular Irish form of Rockabilly social dancing. Back in those simple days, dancers liked their three fast songs so that they could check out the looks, wealth, and general mobility of the opposite sex.

That being established they then clung to their partners for three slow smooches, the closest thing to sex they were likely to experience in County Wexford.

We were not a good band. We had no problem with the smooches. But we met our Waterloo with Big Tom’s disciples, for they only wished to jive to the fast sets.

Now I knew Buddy Holly, and Rockabilly songs in general, were ideal for jiving, but around an hour into our set I had run out of such numbers with still an hour to go.

Our elderly bandleader saved the day for he had a store of old Jazz standards like "Down By The Riverside," "Bill Bailey," etc. that the local farmers, commercial travelers, artificial insemination agents, and shop assistants could shake a leg to.

The memory of this humiliation led me to ponder the “Jive” and just how it came to be so embedded in Irish rural culture.

For all, I know it may have been invented by the Parish Priest of Cultimagh to keep virginal Irish ladies safe from the clutches of sex-mad Mayo cowboys.

But I’ve come to the conclusion that the common Jive has Harlem and ultimately African roots. But then how in the name of Our Lady of Knock did it end up ruling the roost in rural Ireland?

While researching the origins of Tap Dancing (Famine Irish meet African Americans in the Five Points), I discovered a riveting exhibition of the Lindyhop performed in the movie Hellzapoppin.

Lindyhopping became popular in American ballrooms of the 1930’s. And spread like wildfire courtesy of the Duke Ellington and Count Basie orchestras.

As ever white musicians imitated the sounds and rhythms of their black brothers and sisters. Glen Miller, in particular, spread the word throughout Europe and when WW2 broke out and American servicemen and women hit England they took their dance-floor moves with them.

The many Irish who worked in Britain during the war years brought these dances home to parish and townlands. Not to be outdone, Irish musicians formed “seated” big bands, until The Clipper Carlton from Co. Donegal, stood up, kicked out the jams, and laid down the onstage schematic for showbands.

Lindyhopping might have been okay for Harlem but the Irish country punter preferred a more conservative take on such moves and voila – the Jive in all its glory!

Take my word for it, there was nothing quite like witnessing a couple of thousand sex-deprived culchies moving to the same twirling quickstep tempo.

So farewell, Big Tom! You taught this smart Alec from the metropolis of Wexford a thing or two about rhythm. Safe travels down those roads to Glenamaddy and long live the multi-cultural Jive!

Do you like a good jive? Let us know about your favorite memory of the dance in the comments section, below.