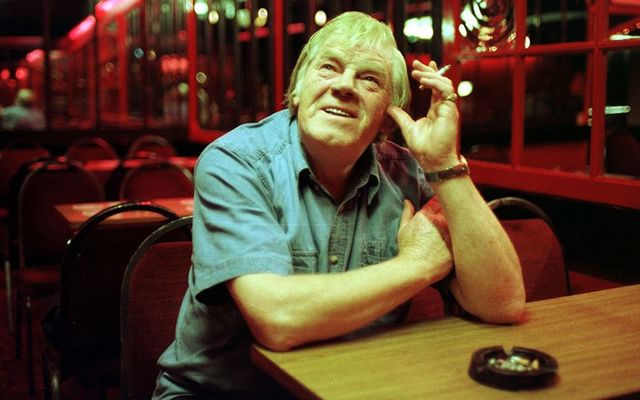 The Irish country singer Big Tom McBride has died at the age of 81. Tributes to the much-loved Irish county music star have been pouring in since his family issued a statement on Tuesday morning.

The star, born near Castleblayney, County Monaghan, was known as a star of the Showband era and played with the Mainliners. Packing out venues during the 1960s and 70s McBride became know at “The King” of Irish music.

In a statement McBride’s family said “It is with great sadness that we announce the passing of our dear father Big Tom McBride (RIP) this morning.

"Dad passed away peacefully in the company of his family.

"He will be sadly missed by all who knew him.

Ireland’s President Michael D Higgins paid his respects saying “Lovers and supporters of Irish music everywhere will have heard the news of the death of Big Tom McBride with sadness,” said the President in a statement.

“As one of the most charismatic and influential artists in Irish country music, Big Tom was widely respected and through his five decades of music making he leaves a lasting legacy.

“His name will be recalled with fond memory by those who listened, and danced to, his and his band members’ generous nights of entertainment all over the island of Ireland.

“A big personality and one of the country’s greatest country stars, his love of music and his passion and skill have enriched Ireland’s music scene.”

Today Oram in our wonderful County of Monaghan has lost a neighbour, a friend and a gent. A country music icon and the king of Irish country music. Your music will remain with us forever. RIP Big Tom McBride! We are heartbroken! 😞💔🎶🎼🎹🎷 #BigTom #RIPBigTom pic.twitter.com/pGxzM19o4L

Fellow singer Daniel O’Donnell also paid tribute to McBride telling the Irish Times “He was the pillar. We all referred to him as the king.

“He reached out to people in Ireland and those people who had emigrated from Ireland in the days when so many people lived in England, and their whole connection with Ireland was the bands or at the weekend and the National, the Forum and the Galtymore and all the dances around London and Manchester and Birmingham.

“He was such a connection and his music, there was something about his music.”

In January Big Tom’s wife, Rosie, passed away. They had been married for 50 years. They had four children - Thomas, Dermot, Aisling and Siobhán.

McBride was one of four siblings, born in Castleblayney, County Monaghan. He left school in his teens to work on the family farm. He later worked in Scotland and England where he started to explore his talent for music.

He returned to Ireland and continued to play with his band, the Mainliners. The band appeared on RTE’s “The Showband Show”, in 1966. Their song “Gentle Mother” then became a big hit.

McBride left the band in the late 1970s and set up The Travellers. He continued to be one of the country’s most popular music performers. Some of their hits included “Four Country Roads” and “Back to Castleblayney”.

In 1989 McBride reunited with The Mainliners and continued to perform live.

McBride was the first inductee into the Irish Country Music Awards Hall of Fame, on RTE One, in June 2016.

Irish Country singer Big Tom McBride has died at the age of 81.

He was best known as frontman of Big Tom and the Mainliners. pic.twitter.com/ot2JtzL39y