Mary Isobel Catherine Bernadette O'Brien was one of the greatest soul singers of the 1960s and ‘70s. 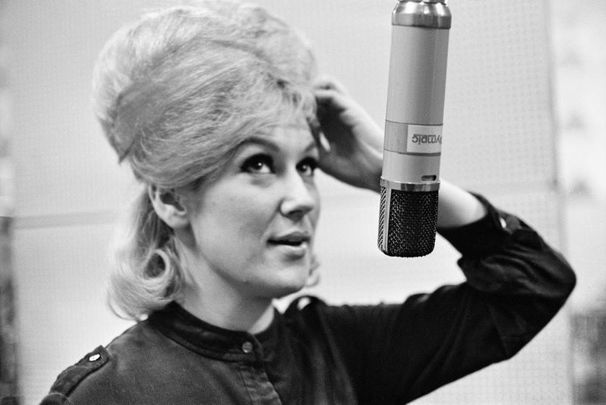 You’ve probably heard of her legendary stage name, Dusty Springfield, but did you know she was born a shy Irish Catholic schoolgirl?

Dusty Springfield was born April 16, 1939, in West Hampstead, the second child of Gerard Anthony "OB" O'Brien and Catherine Anne "Kay" O'Brien (née Ryle). Her older brother, Dionysius P. A. O'Brien, born July 2, 1934, was later known as Tom Springfield. Her mother came from an Irish family, originally from Tralee, County Kerry. The family was raised with a love of music and musical performance.

Dusty would go on to be one of the finest recording artists and music producers of her generation, with such hits as “Son of a Preacher Man,” “You Don‘t Have to Say You Love Me,” and “The Look of Love” – all of these can be found in her catalog, and her critically celebrated album Dusty In Memphis is still the greatest enduring tribute to the famous Memphis sound.

Making your way through the heady atmosphere of Swinging Sixties London required talent (she had enough for several lifetimes), but it also required nerves of steel (and she found that the way many Irish people have, via the end of a vodka shot glass).

Being a woman in the male-dominated music business was challenging enough, but her own inner struggles, which included a complex and competitive relationship with her talented brother and a series of discreet gay affairs at a time when they could have ended her career, all took their toll.

Toward the end of her life when she was suffering from breast cancer, Springfield insisted on returning “home” to Ireland.  Later, after she passed, her brother scattered her ashes along the Cliffs of Moher, her favorite place in the world.