Taoiseach Leo Varadkar announced a series of restrictions for Ireland on this day last year - and the measures look almost laughably naive with the benefit of hindsight. 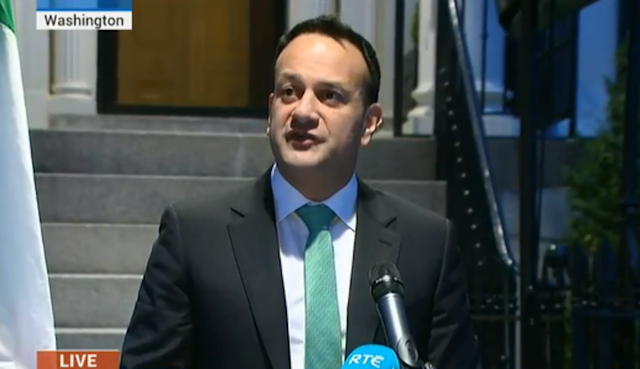 The measures seem almost laughably naive and optimistic with the benefit of hindsight.

"From 6 p.m. today, the following measures are being put in place, and they will stay in place until the 29th of March," Varadkar said in his March 12, 2020 announcement, hinting at a 17-day partial lockdown.

People living in certain Irish counties have also been confined to their own county for roughly nine months over the past year.

While the length of last year's first lockdown may appear optimistic with the benefit of hindsight, the measures themselves were even more eyebrow-raising.

Schools and colleges were to close, Varadkar said, but non-essential shops, restaurants, and pubs were permitted to remain open as long as they limited their indoor capacity to 100 people. Outdoor events with less than 500 people were also permitted.

The measures seemed overly strict at the time, but they probably sound heavenly to most Irish people following a year of lockdowns and gatherings of less than six people.

In fact, Irish people have been asked to gather with six people or less for roughly ten months since Varadkar addressed the nation from Washington.

In any case, the measures were short-lived after images of packed pubs on St. Patrick's Weekend surfaced on social media, causing outrage amongst a scared population that knew little of the virus that would have an untold impact on their lives. Most Irish pubs agreed to close prior to St. Patrick's Day and many have not re-opened since.

On March 27, Varadkar announced Ireland's first full coronavirus lockdown, shuttering all non-essential businesses, closing restaurants and pubs, and confining Irish people to within 2km of their own homes.

The strict measures outlawed virtually all social gatherings and remained in place until May 5, when the exercise bubble was extended to 5km.

On May 18, tennis clubs and golf clubs re-opened while two people from different households were permitted to meet outdoors.

Inter-county travel returned on June 29 as Ireland began to post single-digit daily cases, while restaurants and pubs that serve food were also permitted to re-open.

However, inter-county travel was banned in Dublin and a number of other counties in September due to a spike in COVID-19 infections, and the Irish Government introduced its second Level 5 lockdown on October 22.

The ill-fated decision to re-open pubs, restaurants, and non-essential stores in early December, coupled with an influx of 35,000 people traveling from Britain for the Christmas holidays, precipitated Ireland's worst spike in COVID-19 infections, leaving the country in perpetual lockdown since December 31.

Ireland's Level 5 restrictions are set to be reviewed on April 5, but Varadkar has already hinted that it will be June before most of the hospitality sector returns, while people will have to wait until early May before hairdressers and barbers reopen.