Why don't people in Ireland consider an Irish American to be Irish?

An Irish American wonders why his relatives in Ireland consider his identity purely American. 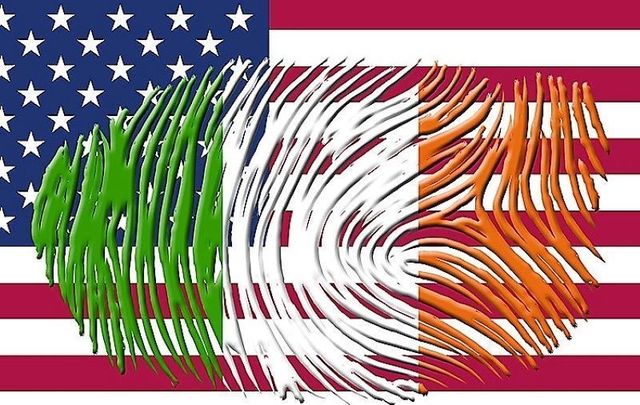 I can remember the first time I ever thought that I mightn’t have an easy space to settle my cultural identity into. I was a boy when it happened, vacationing in Ireland with extended family.

That first instance of self-discovery happened while on vacation with my mother’s side of the family. My aunt and her husband had just finished refurbishing this big bus they’d bought, and they were taking it on its first trip down to Kerry to go to the shore - a beach road trip.

We were invited to go along, my younger brother and I, so one day we piled up into this bus and headed away. We weren’t the only kids on the trip, not even the oldest of the kids either. I must’ve been ten years old, making my brother eight. Aside from us, there was this thirteen-year-old and her younger sister, probably nine, my cousin, and her friend from school. I can’t remember any of these kids’ names, but it doesn’t really matter. It’s only the thirteen-year-old who left an impression. Let’s call her Tamora.

When Jackie first introduced me and my brother to these other girls, she brought us onto the bus and said: “Hey ladies, these are the cousins, the Yanks I told ye about.”

It was the first time I’d ever been called a Yank, and I wasn’t sure what to make of it. Even to ten-year-old ears, there was something strange about the way she said it, something that made me wonder if being a Yank was a good or bad thing. Until this point, I’d only heard the term to describe the baseball team. Now it seemed derogatory.

My brother was the one who tried to clarify.

Okay, so ‘Yankees’ means ‘Americans’. Okay, it makes more sense now. I guess if that’s all it means then it’s not bad to be a Yankee, ‘cause we are American, after all. But we’re Irish too, right?

At one point, halfway between where we left from Cork and where we were going in Kerry, we made a stop at this picnic area for lunch. While the adults were setting that stuff up, us kids went off to play. There was a great big hill behind the bus and we all ran up it, racing to the top. Tamora beat me there, but I was a close second. I didn’t really care about the race part, but I guess she did.

She said to me: “I guess you Yanks aren’t any better than we Irish!”

“What do you mean? I never said we were.”

That remark seemed to throw her a little. She got a confused face and screwed up her nose in bewilderment.

“But my parents are Irish!”

“So what? It doesn’t matter where your parents came from, just where you come from.”

I hadn’t heard it put that way before. I’d always just assumed that because I’m Irish-American, I fall into both categories. I guess not. We did more stuff on the trip and it was a really good time, but it was Tamora’s remark and attitude about my birthplace that stuck with me.

It wasn’t gonna be the last time I’d hear some condescension about being Irish-American. Since then I’ve had a lot of Irish call me things like narrowback or Yank, rejecting my Irish blood entirely in favor of my American raising. It wouldn’t be as bad if it weren’t for the fact that every melting pot American I’ve met just wants to label me as Irish, looking more at my lineage and paying less regard to my American identity.

The thing is, I don’t readily identify as “American”. When people ask me “what are you?” I tell them I’m Irish. Not American or Irish American, but Irish. And generally, people accept that to mean Irish-American because it’s usually an American peer asking me and so that part’s just assumed anyway.

When I’ve tried telling my ma this, though, she freaks out about it and tells me I’m not Irish, I’m American. And it’s really disheartening to hear that from a parent because it feels like she wants me to reject all that part of my culture.

It’s the culture I want to identify with. I don’t parade around like I’m off the boat from Ireland, I just want that to be part of the culture I adhere to. I feel like I can hybridize the two cultures and worlds if only everyone would stop yelling at me to pick one.

So I’m Irish and I’m American.

How you can learn Gaelic literature and culture online with a top Irish university
Five Irish love stories that changed history
Actress Jane Russell's adoption of Irish baby nearly ended her career
Robert De Niro: The Italian Irishman?
The Irish roots behind America's Groundhog Day
On This Day: Irish revolutionary Countess Constance Markievicz was born, in London, in 1868
Why do people love Ireland so much?
Last 2 weeks to buy a ticket to win an amazing new home in the West of Ireland
Irish American extradited from New York found not guilty in UK trial