Is Zac Efron the right person to be playing Irish American working-class Vietnam hero John “Chickie” Donohue in "The Greatest Beer Run Ever"? 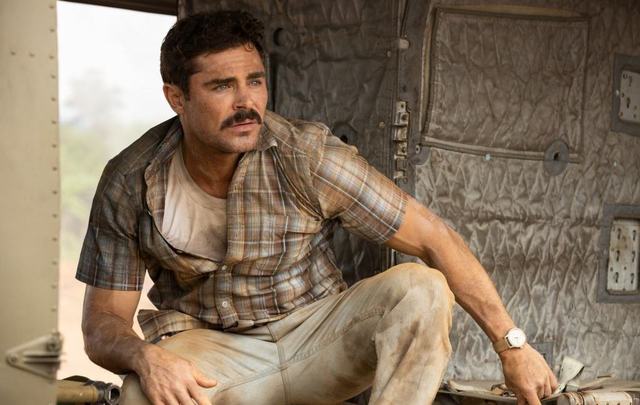 As the debate about Meg Smaker's documentary "Jihad Rehab" continues, it's worth asking if Zac Efron is the right person to be playing Irish American working-class Vietnam hero, John “Chickie” Donohue, in "The Greatest Beer Run Ever."

The movie star Zac Efron seems to have ethnic roots in a laboratory of some kind, perhaps one specializing in human specimens. Wikipedia says he is from California, with a mother named “Starla.” So, six in one, a half dozen in the other, and all that. The point is, Zac Efron does not appear to be Irish. In theory, this might enrage John “Chickie” Donohue.

You might have seen that Efron is out promoting a new movie called "The Greatest Beer Run Ever". What you may not know is that Efron plays Donohue, an Irish American from the uptown Manhattan neighborhood of Inwood, a longtime working-class Irish enclave that also produced the likes of "Basketball Diaries" author Jim Carroll.

If you look at Efron and see “Irish working class,” you should get your eyes checked.

This might mean it is also difficult to see many other ways this story is – maybe – not “authentic.”

Begging the question: Does someone like Efron really have the right to tell this story? To make this beer run?

It’s a version of a question that is turning lives upside down and raising blood pressure all around the world. It is at once very serious and very silly, and seems to keep coming up mainly because there seem to be many people out there who need to be righteous and outraged to feel alive.

“The argument over whether artists should share racial or ethnic identity and sympathy with their subjects is long-running,” The New York Times noted on its front page this week after yet another argument erupted over who can say what about whom.

The subject this time around is a movie called "Jihad Rehab", directed by Meg Smaker.

“After 16 months filming inside a Saudi rehabilitation center for accused terrorists, she learned that her documentary 'Jihad Rehab' was invited to the 2022 Sundance Festival, one of the most prestigious showcases in the world,” the Times noted, adding that Smaker’s “documentary centered on four former Guantanamo detainees sent to a rehab center in Saudi Arabia who had opened their lives to her, speaking of youthful attraction to Al Qaeda and the Taliban, of torture endured, and of regrets.”

There were concerns that Fox News conservatives would be outraged at efforts to make radicals seem, well, human. But it was actually a variety of more progressive folks who felt Smaker was too, well, not-Muslim to tell this story.

“Arab and Muslim filmmakers and their white supporters accused Ms. Smaker of Islamophobia and American propaganda. Some suggested her race was disqualifying, a white woman who presumed to tell the story of Arab men,” the Times noted.

There is obviously a serious debate to be had about what stories are worth telling and who can best tell them. But to drop that “best” and simply decree who can or can’t is more unsettling.

And, sure, you can argue that making jokes about Efron’s megawatt looks does not lend this topic the seriousness it deserves.

Except that the Irish, on both sides of the Atlantic, know an awful lot about being on the offensive or denigrating end of storytelling. And it was often not an Irish person doing the telling.

And yet, can we say with any kind of honesty that an Irish person is always the best person to tell an Irish story? The answer is no.

Discuss that for a day or a week or a year and see where it gets you.

What is too rarely considered in all of this is the option to allow people to tell any story they want, while also taking seriously all that critics have to say when they critique or condemn the story being told.

But it is not progressive to start dictating who can and can’t tell stories. That is simply going to close more narrative doors than it opens. You won't know what the beer tastes like until someone goes on the run.