Frank Salemme - who was christened Francis Patrick Salemme - had more connections to, if you will, Irish blood than just his name. 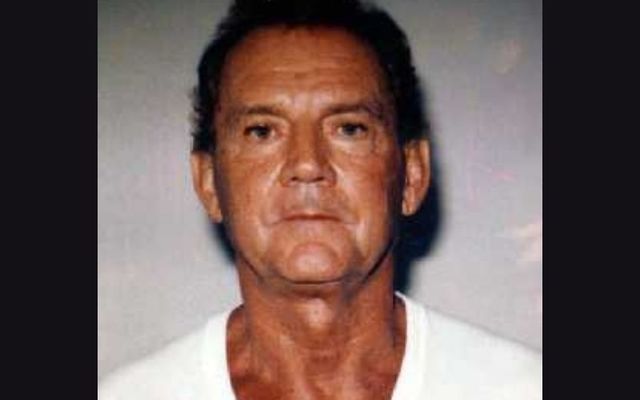 A little over 20 years ago, the great Paul Newman brought his blazing blue eyes to the big screen for one of the last times.

We are in the middle of a Newman moment, what with the recent release of his memoir "The Extraordinary Life of an Ordinary Man," as well as the intimate HBO documentary "The Last Movie Stars" about Newman and his wife, Joanne Woodward.

If you’re interested in these, then you’d better take a look at Newman’s late-career Irish American work in the criminally-overlooked 1994 film "Nobody’s Fool," in which Newman portrays the lovably cranky Donald “Sully” Sullivan, as well as "The Road to Perdition" eight years later.

That movie was based, in part, on the exploits of a real-life Irish American crime boss named John Patrick Looney, whose power peaked in the roaring 1920s. Like Newman’s character, Looney faced tougher times by the 1930s, with the Great Depression.

By the time World War II arrived, the whole era of the Irish gangster seemed to have drawn to a close. It was the end of an era.

Or so it was said. Many, many times. In the pages of books, in movies, and in many obituaries, all with bloody episodes and colorful nicknames.

All of this came to mind in the final days of 2022, when the passing of Pope Benedict and Barbara Walters made it easy to miss the news out of a federal facility in Missouri that one Frank Salemme had died at the age of 89.

“Known to his friends and the news media as Cadillac Frank, Mr. Salemme (pronounced sah-LEM-ee) was an energetic, dapper character in the Boston underworld,” The New York Times noted.

“By his own admission (Salemme) participated in eight mob hits during the Boston gang wars of the 1960s.”

Don’t run to Google to see which county in Ireland is best known for the name Salemme. Nor for the Christian name Romeo, which is what Frank’s father was called, when a son came along in 1933 in Weymouth, southwest of Boston.

The baby was christened Francis Patrick. Romeo Salemme, a ship painter, had married an Irish girl, Mary Agnes Hagerty, after all.

But that is only the beginning of the story when it comes to Salemme’s link to, if you will, Irish blood.

In one of the more gruesome episodes of New England underworld lore, an Irish American lawyer named John Fitzgerald lost a leg in the late 1960s when his car exploded right after he turned the ignition key.

One of the fascinating things about the Irish American experience is just how many times it seems to be drawing to a final and definitive close. Only to push its way into the room once again.

Salemme served 16 years in prison after the Fitzgerald bombing. When he was released in the late 1980s he joined “the Patriarca crime family, the leading organization within the New England Mafia, just as a generational transition was setting off a leadership struggle,” reported the Times.

Salemme emerged from this struggle as the New England boss.

“To shore up his dominion,” the Times added, “Mr. Salemme tried to build an alliance with the Irish Mafia, led by his longtime friends James (Whitey) Bulger and Mr. Bulger’s lieutenant, Steve Flemmi, known as the Rifleman.”

We all know how that went. There was the Irish childhood pal of Whitey’s, an FBI agent named John Connolly. And it always seemed that Connolly and the FBI knew what Salemme and his crew were going to do, and yet could never get out in front of Whitey.

That’s because Bulger and Connolly were working together, and when that travesty was exposed Bulger went on the run.

He was finally nabbed in 2011, then murdered in a West Virginia prison seven years later.

It was, once again, the end of an era.