I was forcefully reminded of the powerful call of home in Ireland for elderly immigrants living here. 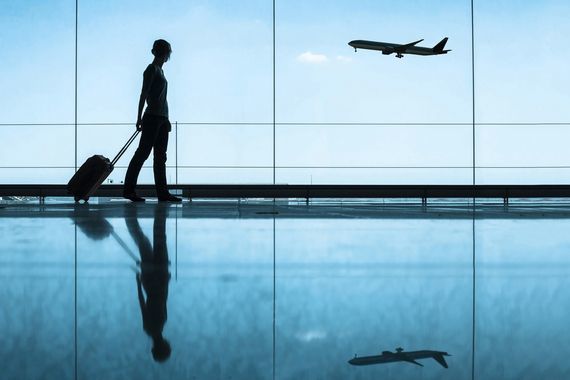 How I thought again about an emigrant's love for their homeland despite many years overseas.

I was forcefully reminded of the powerful call of home in Ireland for elderly immigrants living here.

Emigrants spend their lives adjusting to the rhythms and rituals of the new country but always, close to the heart, an ancient blood bond with the country they left endures.

I recently got two calls from ailing emigrants. The first call was from a hospice nurse on behalf of a lovely Kerry woman, ready to pass but asking one more time to speak the Irish language with someone. She was an avid subscriber to the Irish Voice newspaper and thus knew my name.

I speak Irish and in one of those insane coincidences, the older lady was from the same part of West Kerry as my father so we knew people and places in common.
My father had left the village to become a school teacher, but she remembered him coming back with his family every summer. It was very likely she and I had met.

The years rolled away as she took me back to her childhood, the hard times and good, her wrenching journey to America, and her life in the U.S.

She still dreamt in the Irish language she told me and used the prayers from an old Gaelic missal.

Then she sang a song in Irish, ”Carrickfergus,” a beautiful and lonely emigrant lament with its familiar yearning for home.

“But the sea is wide and I cannot cross over
And neither have I wings to fly
I wish I could meet a handsome boatman
To ferry me over, to my love and die.”

We are always playing up the benefits of emigration and there are many, but the rupture from the hearth of family and friends, especially for those with little life or travel experience, was enormous.

As life advances the distance becomes greater, the ease of travel more a thing of the past. Health issues loom larger for some. The sea does indeed become wide.

Her nurse told me the phone call made her day and I was delighted to hear that because, frankly, it did an awful lot for me too. She passed away a few weeks later.

So long, Josephine Cahillane. You had enormous grace and dignity in the face of death.

The second communication a week later was via Facebook from the daughter of an Irishman in the Midwest, a reader of Irish Central.

Her father had recently had major surgery and was feeling very isolated and alone. He was, she said, in need of talking to someone from Ireland. “He isn’t the same and never gets out,” she said.

A talk with a fellow Irish person would mean a huge amount she said. To date, we have not connected but I’m hoping to shortly.

It got me thinking about that unique identity of the immigrant. Those who want full assimilation day one from emigrants don't understand the true nature of exile.

It is a deep yearning and desire to reconnect with the once familiar.

It’s probably why I still call Ireland home after 40 years away, and why the first sight of land as we descend into Irish airspace flying in from America is still a big moment for me.

I have made that journey over 100 times in 40 years I’d say, but it never gets old. In the summer when the sun has already risen, casting a golden glow across the skies and the landscape, Ireland is a sight to behold.

Suddenly you are back among your own, home in the most profound way. When you think of the millions before you who never got the chance to see Irish shores or family again, you suddenly know how lucky you are. My two recent connections with immigrants past really reinforced that message for me.