From the late 1600s, in the age of the sailing ships, to the onset of the Second World War in 1939, when the last transatlantic steamer sailed from the port, Derry was one of the principal emigration ports in Ireland. 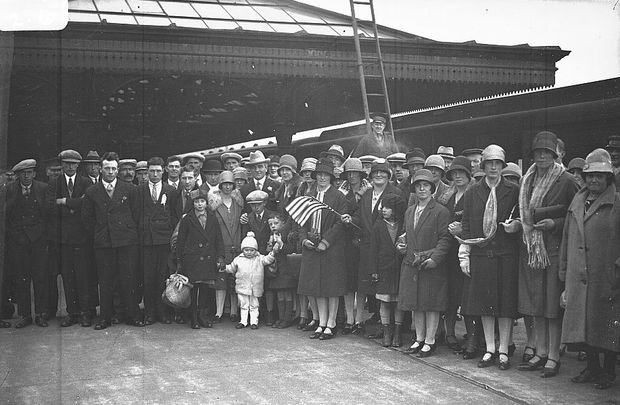 Derry City and Strabane genealogist Brian Mitchell shares the fascinating history of emigration from Derry to the US and Canada.

Mitchell, a genealogist with Derry City and Strabane District Council, has spent more than 40 years researching family, local, and emigration history in Derry and has compiled a fascinating account of emigration to the US from the late 17th century onward.

Emigration to US and Canada from Derry

From the late 1600s, in the age of the sailing ships, to the onset of the Second World War in 1939, when the last transatlantic steamer sailed from the port, Derry was one of the principal emigration ports in Ireland. 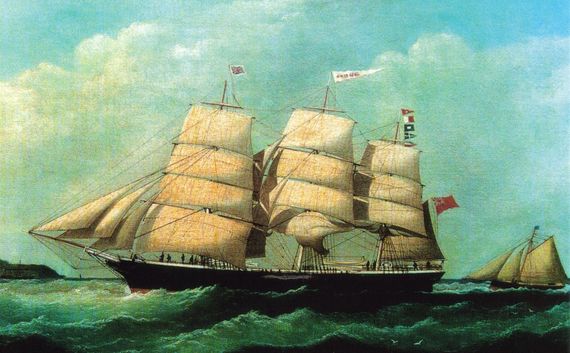 Minnehaha, the flagship of William McCorkell & Company, grain and emigration merchants of Derry. The McCorkell family commissioned oil paintings of many, but not all, ships that sailed under the McCorkell flag from 1834 to 1897. Marine artist, Joseph Joshua Sempill painted the Minnehaha – which between 1860-1873 crossed the Atlantic 55 times and carried 7,000 immigrants to New York – in its full glory as a passenger-carrying clipper, with three sets of full sails. Courtesy: John McCorkell

Prior to the 1860s, and the establishment of a railway network in Ireland, the port of Derry served as the emigration port for Counties Derry, Donegal, and Tyrone. By the 1870s sailing ships could no longer compete with the speed, comfort, and reliability of the transatlantic passenger steamers. In 1873 the Minnehaha made the last passenger voyage by a Derry-owned ship to New York. 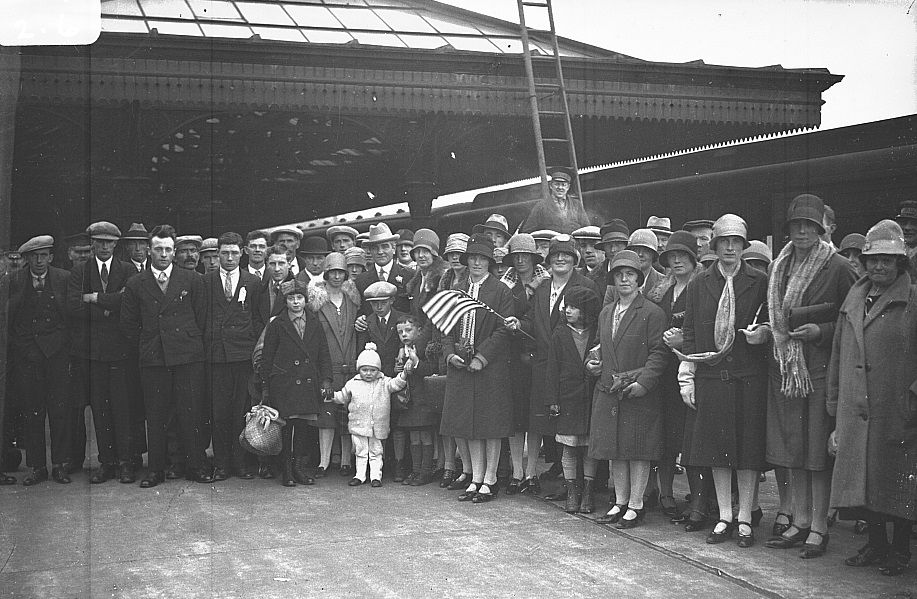 The railway had a vital role to play in the development of transatlantic passenger services as the railway was the usual form of transport by which emigrants reached Derry. Every town and village in Ireland had an emigration agent who took bookings for sailings on transatlantic liners. In this photograph, from the late 1920s, a party of emigrants from Cavan/Monaghan arrive at the Great Northern Railway Station in Derry accompanied by Mr. P. J. Smyth, emigration agent, grocer, and publican of Castleblayney, County Monaghan, who booked their passage. PJ Smyth, wearing a trilby hat, is standing at the center of the front row. Waving the US flag this group of young men, women, and children are destined for New York.

From 1861 right through to 1939 ocean-going liners called at Moville, in the deeper waters of Lough Foyle, some 18 miles downstream from Derry, to pick up emigrants who were ferried from Derry in paddle tenders. During this period, at various times, four shipping lines – Anchor Line, Anchor-Donaldson Line, Allan Line, and Dominion Line – made Derry a stage on the voyage from Liverpool or Glasgow to Canada or the United States.

The extensive rail network that converged on Derry carried intending emigrants, from the northern half of Ireland, towards Derry. Hence, the passenger manifests of transatlantic liners departing Derry, listed, not only passengers from the city’s traditional catchment areas of Counties Derry, Donegal, and Tyrone, but also emigrants from the other six counties of Ulster (Antrim, Armagh, Cavan, Down, Fermanagh, and Monaghan), the cities of Belfast and Dublin, the northern counties of Connacht such as Leitrim and Sligo and the northern counties of Leinster such as Longford and Meath.

*Brian Mitchell, genealogist with Derry City and Strabane District Council, offers a free genealogy advisory service via email at genealogy@derrystrabane.com, to anyone tracing their roots in North West Ireland. He will respond to queries about place names, surname origins, sources to search or record offices to visit, and suggest research recommendations. Find out more here.