Elizabeth Bagley is no anti-Semite

Bagley is one of Irish America’s leading figures, a huge sponsor of philanthropic events and a close friend of Biden whom she hosts almost every year at her mansion named Innisfree on Nantucket Island. 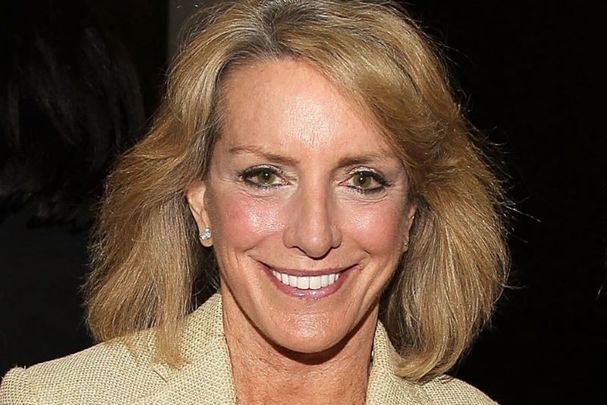 Elizabeth Bagley served as US Ambassador to Portugal between 1994 and 1997. Getty

Elizabeth Bagley appeared to be the perfect candidate for ambassador to Brazil for the United States.

Instead, in a nightmare turn she has struggled to become approved by the relevant committee in the Senate which has deadlocked 11-11 on her nomination.

She must now go to the full Senate where no doubt the AIPAC Jewish lobby can destroy her ambitions or the full Senate will pass her through.  With President Biden as a major booster she could defy the odds.

Bagley is one of Irish America’s leading figures, a huge sponsor of philanthropic events and a close friend of Biden whom she hosts almost every year at her mansion named Innisfree on Nantucket Island.

Biden's support is real.  When he looked hopelessly behind and doomed to defeats in early states for the 2020 Democratic nomination Bagley stood by him strongly.

She told The New Yorker, “I’ve known Joe Biden for over 30 years.  When the family decided they were going to spend Thanksgiving on Nantucket again this year before going to New Hampshire and Iowa, I thought it would be a good time to bring in people who would support him, and Nantucket people as well.”

Bagley has raised millions for the American Ireland Fund, and her home in Georgetown became a location where senior figures in the Northern Irish conflict were able to engage in quiet diplomacy, a “place apart” often used by Northern Irish leaders, none more than Nobel Peace Prize winner John Hume.

If the current issue was that Bagley, a former ambassador to Portugal, was being vetted for the position of ambassador to Israel, one could understand the minor concern, but it is Brazil we are talking about.

In a 1998 interview for an oral history project she noted there was a lot of Jewish money in politics, the equivalent of saying Irish like to drink sometimes.

Here’s a brief paragraph from The Guardian that proves the point of how much influence AIPAC has on American races, even in races where two African Americans are running, if one mouths support for Palestine. As has been happening a lot recently, AIPAC brings in the big guns.

“The U.S.’s most powerful pro-Israel lobby group is pouring millions of dollars into influencing Democratic congressional primary races to counter growing support for the Palestinian cause within the party, including elections today in Pennsylvania and North Carolina,” the paper reported.

You don’t have to be anti-Semitic to make that factual statement.  Bagley’s second egregious comment was that the U.S. Embassy would never move to Jerusalem, an opinion shared by every Middle East expert at the time of her remarks.

It is pretty thin gruel if you are trying to accuse someone of being an anti-Semite, especially a person widely known in their own community for their philanthropy and ability to boost a candidate with a monster fundraiser.

The online site Washington Beacon is very proud of its Bagley scoop, but what have we here?  A former distinguished ambassador who said something mildly insulting 24 years ago may be blocked from becoming ambassador to Brazil.  The overkill in question damages the Israeli cause in this country and should be stopped in its tracks. Elizabeth Bagley more than deserves the chance to represent her country in Brazil.