The blocking comes after remarks Elizabeth Bagley made in 1998 about Jewish influence in American politics surfaced. 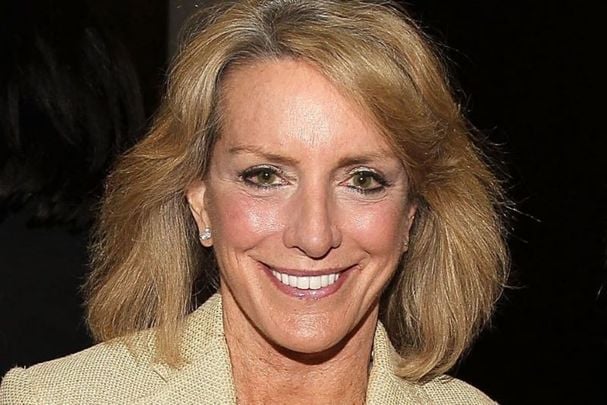 Elizabeth Bagley served as US Ambassador to Portugal between 1994 and 1997. Getty Images

Elizabeth Bagley, 70, for decades one of the leading lights in the American Ireland Fund, has been blocked by a Senate committee from becoming Ambassador to Brazil despite her raising millions for Joe Biden.

The blocking comes after remarks she made in 1998 about Jewish influence in American politics surfaced. It now falls to the entire Senate to vote on her candidacy or the Biden administration may drop the nomination.

The nomination seemed to be sailing through and Bagley, previously Ambassador to Portugal under Bill Clinton, seemed on her way to being voted through.

Then, however, the Washington Free Beacon reported a 1998 interview with Bagley saying money was the reason American lawmakers backed Israel and the idea of moving the US embassy to Jerusalem was "stupid". The article created Republican opposition to her nomination. When it came up for a vote it was 11-11 which meant the committee did not approve her.

The Republican Jewish Committee lashed out at her nomination.

"Ms. Bagley's disgraceful, antisemitic comments are absolutely disqualifying; her outrageous slurs include suggesting the 'Jewish lobby' influences elected officials with 'major money' – an age-old antisemitic stereotype," said RJC Executive Director Matt Brooks "It is sad and troubling that this isn't the first time the Biden administration has put forward a nominee who is hostile to Israel and the Jewish people."

Bagley is the closest thing to royalty in the Democratic party. She is very close to President Biden who often spends Thanksgiving with his family at her residence on Nantucket Island. She is consistently among the top donors to the American Ireland Fund.

She was Nobel Peace Prize WInner John Hume’s closest ally in the US and he often stayed at the Bagley mansion in Georgetown. Her late husband Smith Bagley was heir to the R.J. Reynolds tobacco fortune.

Bagley was once a staffer for Senator Edward Kennedy and was a close associate of the senator after leaving his office.

For decades she was a leading light in the American Ireland Fund and hosted numerous events for them. She also worked with Fund founder, Sir Anthony O'Reilly too.