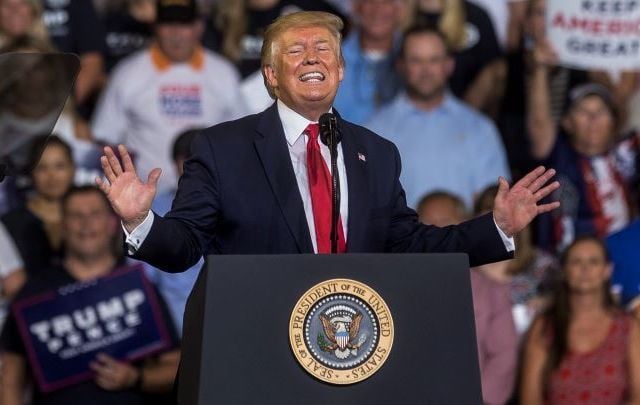 Irish human rights attorney Patrick Finucane was murdered in his Belfast home in 1989.

He was killed just four weeks after a British minister, Douglas Hogg, identified him as being too close to the IRA.

Hogg told the Commons: "I have to state as a fact, but with great regret, that there are in Northern Ireland a number of solicitors who are unduly sympathetic to the cause of the IRA."

It was clear he meant Finucane.

Donald Trump did his own version of that in a public speech on Wednesday when he named Congresswoman Ilhan Omar and claimed she was sympathetic to Al Qaeda --a complete lie. By targeting her, he has painted a bulls-eye on her back as clearly as Hogg pointed to Finucane.

When you light the flames of hate like Trump has done, especially as president, you put in jeopardy the life of the person you are singling out.

No doubt, there are white nationalists listening who might have had a seed planted. Trump will reap the whirlwind if anything happens to the elected young congresswoman. 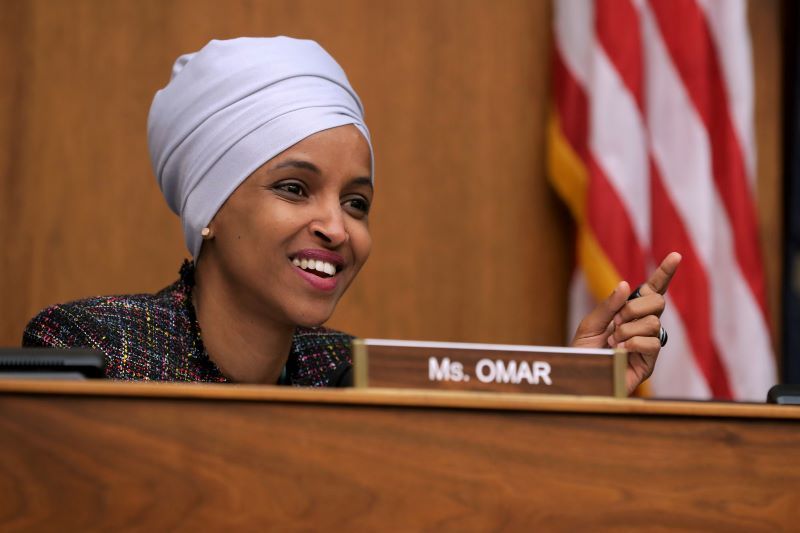 The incident showed how low he will stoop. United States Supreme Court Justice Potter Stewart was once asked how he decided whether a film or a photograph was pornographic or not.

His answer was simple but profound: “I know it when I see it.”

It is like that with racism. You know it when you see it. Keeping that in mind, President Donald Trump is a racist. He proved it once more with IIlan Omar.

He hungers after an all-white America. He is a throwback to the era where everyone knew their place and white males reigned supreme.

His latest targets are four freely-elected females who have aroused his ire. Trump claims his weekend tweet-storm urging them to go back to the countries where they came from was not racist, but it is. 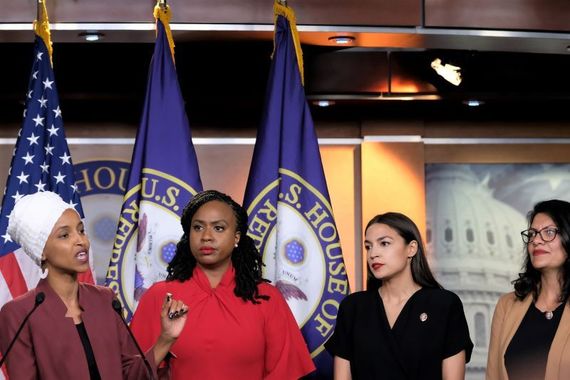 The women – House Representatives Alexandria Ocasio-Cortez, Ilhan Omar, Ayanna Presley, and Rashida Tlaib -- were portrayed as coming from crime-ridden countries, filled with criminals and people who don’t look like Trump and his base.  He doesn’t even try to disguise the intent.

No one uses the “N” word anymore, but there are endless variations or catchwords such as “state’s rights,” “not one of us,” “welfare queens” and so on.

Trump, however, has dispensed with the dog whistle and now uses plain-spoken racial terminology.

“Go back to your own country” has been hurled at Irish, Italians, Poles, Germans, Africans, and Hispanics for centuries now, each ethnic group hearing the taunt as they first arrived in the United States. They heard it for what it was, a fully-fledged racist cry that fueled riots and death to immigrants.

The taunt was never from a president though, until now. Trump’s full-on racist attack aimed at the four Democratic female members of Congress, all elected legislators, marks a new low for this White House.

Like them or not, the women were elected by American citizens who clearly felt no need to worry about their patriotism or ethnic links.

There are valid reasons why conservatives don’t like these particular politicians, but attacking their ethnic heritage is a different level of criticism altogether.

You might as well shout “go back to Germany and Scotland” to Trump – his father was German American, and his mother was born in Scotland.

The president appears to be feeding institutionalized racism from the White House as a re-election ploy which is an extraordinary thing to write in 2019.

He will fan the flames of racism, whether insulting Mexican American judges, or claiming many Mexican immigrants are criminals and rapists, or saying Nazis in Charlottesville have some good people in their ranks. He is the modern-day equivalent of Joe McCarthy and George Wallace.

Trump’s action against the four female elected representatives is racist and a misdirection effort to take away from the chaotic White House events that occur every other week.

It is also a call to hate for every working-class white person who feels modern America has passed them by. The time-honored way to fan racism is to point to the other guy as the source of your problems.

Trump is playing the old grifter’s game, taking your attention elsewhere while he tries to end your health insurance, reward the super-rich, blunder around making friends with dictators and enemies of allies, and destroying America’s reputation abroad.

We are blessed there has been no serious international or national crisis that requires real leadership, not twitter rants against enemies real or imagined.

Is Trump an anomaly, a once-off whack job who got the office by a fluke? Or is he the future, opening up the White House to extremists who will use the office as a bully pulpit to demonize? Whatever the answer is we know he is one thing an unqualified, unapologetic racist who will put people in harm's way in order to keep power.