At the heart of every emergency is an Irish pub. 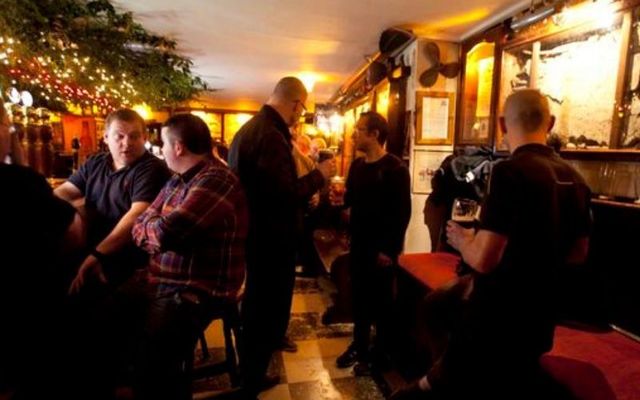 Pubs are a breeding ground for COVID-19. Rolling News

At the heart of every emergency is an Irish pub.

In 2018, when The Beast From The East brought a blizzard of unprecedented proportions to Ireland, Irish people ignored government warnings to stay indoors and flocked to the pub in their droves.

Then, it was a bit of harmless fun with little actual danger.

Two years later, Irish people are ignoring an altogether more pressing government warning to do the exact same thing during an outbreak of COVID-19.

Pubs in Dublin's City Center were packed on Friday and Saturday night, despite a ban on indoor public gatherings of more than 100 people. Leo Varadkar's calls for people to maintain a safe distance between one another also fell on deaf ears.

Frankly, it is a disgrace.

Much of this blame lies at the Irish Government's feet. After all, they are the ones who issued the ambiguous ban on public gatherings of more than 100 people.

They enabled pubs to remain open by not specifically closing them and that, in turn, enabled scores of people to cram into pubs throughout Ireland at the weekend.

Many pubs, to their credit, recognized that they drew crowds of more than 100 people or that their customers couldn't possibly maintain a safe distance and closed their doors for two weeks.

Most didn't though, which brought about the embarrassing scenes witnessed over the weekend.

Just sent to me from Temple bar.

It should have been a given that indoor public gatherings applied to pubs and clubs. It was blatantly obvious that it did so.

Yet, scores of pubs accepted far more than 100 people all over Ireland creating a real-life petri dish for a potential coronavirus outbreak.

Pubs, by nature, bring people closer together, both literally and physically.

It is simply impossible to maintain a safe distance in most pubs due to space restrictions or due to the fact that ordering a drink requires people to stand in a tightly enclosed space at the bar.

There is also the issue that the more drunk people become, the less they will adhere to social distancing advice. It's only natural.

Several of Ireland's most prominent TDs (members of parliament) condemned the above video last night, but they need to do more than that. They need to close the pubs for the foreseeable future.

Leo Varadkar said that the Irish Government would more strictly enforce the 100-people rule after the video surfaced. What good does that do?

If a pub enforces the rule of letting less than 100 people inside and closes its doors after the 99th person enters, is that genuinely safer than if it let, say, 120 people in?

What if it's a small pub with a capacity of 80 people? If they let 80 people in, then they're adhering to this new rule but you'd have to imagine the pub would be pretty tightly packed and that defeats the whole purpose of the rule.

Of course, if Irish people stayed away from the pubs, this wouldn't be an issue.

Can we, as a people, not go two weeks without a drink even if it means potentially saving dozens of lives? Is our need for a drink that deep-rooted?

Have small gatherings in your house if you must, but stay away from the big pubs, which are a breeding ground for infections.

But that is why the pubs must be closed. Irish people won't stay away from the pubs unless they physically can't go to them and so, the Irish Government must take the bold step to shut them down temporarily.

No indoor mass gatherings of more than 100 people applies to pubs & clubs. Have asked NPHET for further expert guidance on this. May seek enforcement powers from Dail/Seanad.

They have already implemented strict policies for schools and colleges and now they must adopt a stringent policy for Ireland's most prominent cultural institution.

It will be hard on businesses who will undoubtedly lose revenue due to loss of business, but it is a necessary evil. If it saves even one life, it will be a worthwhile measure.

That decision appears to be a way off yet. Irish politicians seem to be tip-toeing around the issue by condemning the unsavory scenes on Saturday night but essentially doing nothing more.

Yes, it's St. Patrick's week and pubs won't want to miss out on the potential business that that brings, but that is precisely why pubs need to close now.

If the remain open on St. Patrick's Day, people will go to them in larger numbers than they went over the weekend. It doesn't matter that Leo Varadkar is on Twitter pleading with people to stay away from pubs. If the pubs are open, they will be full.

And it equally doesn't matter that Gardaí might shut down pubs who don't comply with the 100-people rule. It will be too late by that stage and the damage will have been done.