Thousands of protestors today descend upon Dublin demanding 100% redress, no less, for their crumbling mica homes. 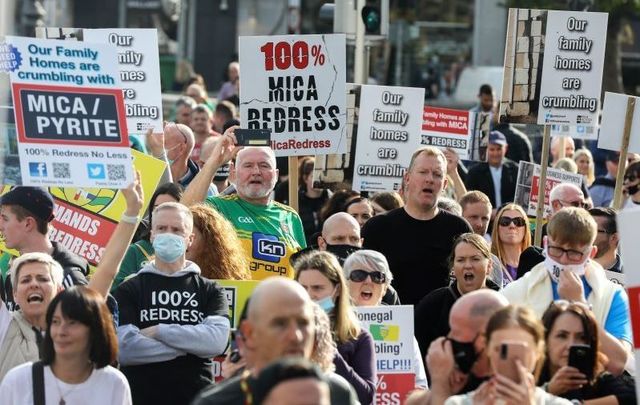 The Dublin government have no idea what is about to descend on them this Friday at noon when the Mica redress protest march starts, but I do, having grown up in Donegal, Ireland's phantom limb, a place figuratively and literally surrendered by both Northern Ireland and the Republic 100 years ago.

For the Irish, home is the most emotive word that can be uttered or written.

It means more, very much more, than simple bricks and mortar - it means community, townland, parish, nation, memory, heart and heart. When an Irish person asks you if you're going home, they mean all this and more. 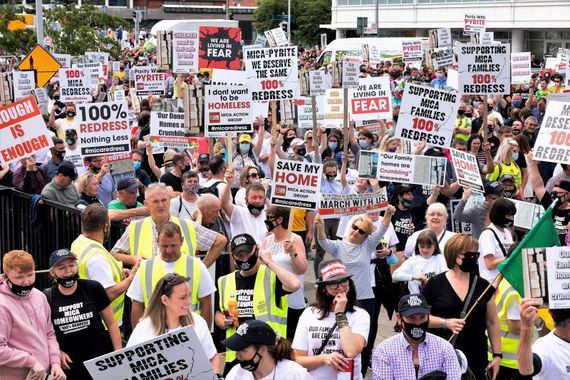 So it's a loaded word for the Irish, home, perhaps the most loaded of all. Because it's possible to see the last four hundred years of our history as an endless quest for home - after centuries of being made tenants in our country and then exiles too, homeless and stateless and disinherited.

It does something profound to you, the loss of home. It makes everything provisional and unrooted and unmoored. Just ask the 20,000 distressed homeowners in County Donegal, whose homes were built – through no fault of their own - with defective blocks that are disintegrating like sandcastles now, leaving them all - like their long-dead ancestors once were - exposed and uncertain and afraid.

The Irish value their own homes with a fierce devotion because they carry a centuries-long tribal memory of homelessness, rootlessness, separation, exile, and loss in their DNA. It is recorded in our traditional songs and in our history. The landscape itself is still scarred with all the abandoned homes of centuries past.

So the Dublin government have no idea what is about to descend on them this Friday at noon, but I do, having grown up in Donegal, the county that was surrendered by both Northern Ireland and the Republic 100 years ago.

The fact that Darragh O'Brien has asked should the Mica families be given a state apology is telling the nation what we already knew that, they ARE to blame. No regulations at Quarries in place & knowing about it 10 years could have spared us all and the costs #micaredress pic.twitter.com/hmJm5k6xXR

I know just how long a reckoning has been building. I know that this saga touches the third rail of Irish life as nothing has done in my lifetime. Letting people's homes fall down around their ears will be equated in many minds with the rapacious property market that raises rents year after year on already tapped out renters, facing ever more unsustainable prices.

It sometimes seems to me that we simply evicted one ruthless landlord class for another. It sometimes seems, to paraphrase Yeats, like the horse changed riders but the lash goes on. It seems we are on the cusp of doing something radical to redress this.

So I know that no matter what happens today or in the days that follow, the people of my county will succeed in their aims. Of course, they will, they have no other choice.