We are living in the moment between our nation being profoundly changed and a good percentage of voters trying to do something radical to stop it. 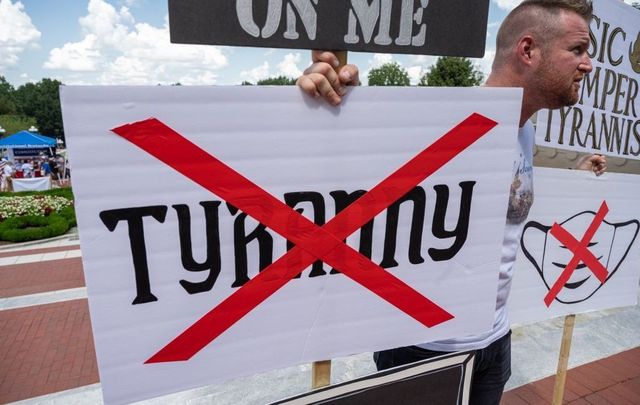 August 28, 2021: A man holds a group of anti-mask and anti-tyranny signs during the Kentucky Freedom Rally at the capitol building in Frankfort, Kentucky. Demonstrators gathered on the grounds of the capitol to speak out against a litany of issues, including Kentucky Gov. Andy Beshear's management of the coronavirus pandemic, abortion laws, and the teaching of critical race theory. Demonstrators and speakers also refuted the legitimacy of the 2020 United States presidential election, claiming that former President Donald Trump won and should be reinstated. Getty Images

Last weekend, a 37-year-old security guard was brutally stabbed at the Apple Store on 14th Street in Manhattan by a man he didn't know who was trying to enter the shop.

The man, who is still at large, reportedly took exception to being asked to follow the store's Covid 19 security policies and mask up.

Loudly refusing to comply, the angry man instead attacked the security guard with a knife, stabbing him in the arm and forehead and then running off in the direction of the subway before he could be apprehended.

As the Apple staff responded to the bloody scene, an ambulance was called and the security guard was taken to hospital in a serious but stable condition. The store closed and the employees were left deeply shaken.

What does this episode tell us about this moment in time in America? Doesn't it once again confirm what we already secretly suspect? There is a fair percentage of citizens here who not only refuse to honor the request to protect themselves and others, they want to aggressively deal with anyone who dares to even ask them to, throwing hands almost from the moment they are asked.

Why is this? It's really such a small thing to do. As temporary inconveniences go, it's on the lower end of the spectrum and yet it's increasingly being fought here as if the aggressor was being asked to summarily amputate their own thumb, not simply put some cloth over their nose and mouth to prevent germ spread.

In most cases, it's because the people who are refusing to mask up now have long enjoyed the power to make others submit to their will, not the other way around. It's also because the leaders that they look to have told them repeatedly that they do not need to. So it's a matter of emotion overriding rationality. 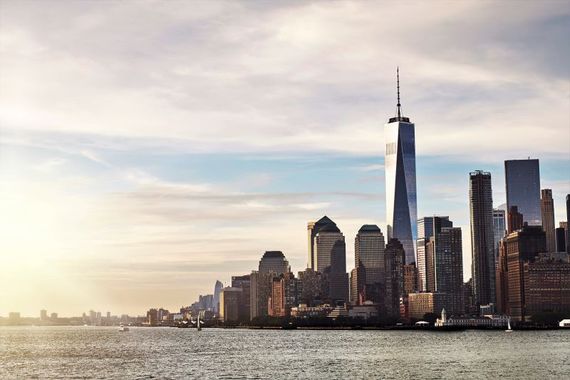 If the core identity group that you identify with objects to general mask use, then you are much more likely to do the same yourself. Besides, many Americans prefer the freedoms they enjoyed in the America before the pandemic to the minor inconveniences of the present, so they simply refuse to accept that anything has fundamentally changed, despite the staggering loss of life here, which has often been the worst in the world.

But resisting dramatic change has been at the core of our long national confrontation, after all. In 2008 and 2012 voters for the first time elected a black man president of the United States. That was certainly a dramatic change.

So we are living in the moment between acknowledging that our nation has profoundly changed and a good percentage of the voters who live here (and the Republican party they vote for) trying to do something truly radical to stop it.

That's why asking people who are more used to doing all the asking themselves often results in increased incidences of violent aggression. Many feel that the natural order, the pyramid they normally reside at the top of, is being upended.

The people at the bottom, who were seen but not heard, have somehow achieved a certain stature over the last two decades. The internet and progressive politics have provided them with a voice. Increasingly, the nation is becoming more diverse and that is either a thing to celebrate or a thing to fight.

Where it's being fought right now is on America's high street, at the entrance to Target or Walmart or Stop & Shop, as people get into ugly altercations over mask mandates, especially in states with low vaccination rates. Mall dining areas have themselves been the subject of un-masked protests with bluntly political aims, like the recent one held on Staten Island.

What's alarming, what should give us all pause, is the increasing levels of aggression being channeled into these protests. From the Capitol Insurrection on January 6 to the tense standoffs at the local mall, that aggression comes from the secret knowledge that something has changed in America.

The growing aggression is a sign of secret alarm, not confidence, and it says something alarming about the direction we may be headed in soon.