"Taoiseach's comment is 'a Walter Witty remark' and he asked, 'What planet are the taoiseach and housing minister living on?'" 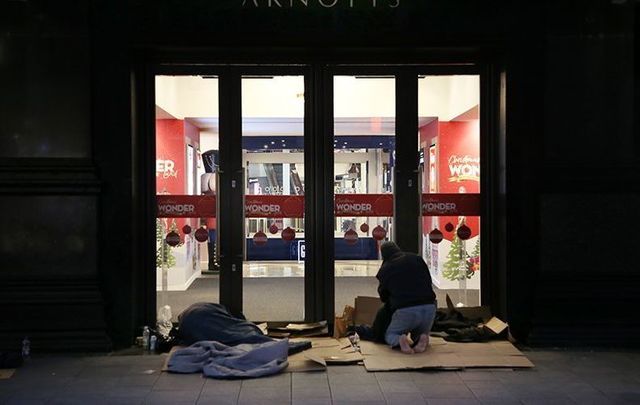 Home. It's such an emotive word.

The good old Oxford English Dictionary likes to spell it out for you: The place where one lives permanently, especially as a member of a family or household. The family or social unit occupying a permanent residence. The district or country where one was born or has settled on a long-term basis.

But from what I have seen on my visit to Ireland this week I think the Irish definition of home -- where it is, who lives in it, and who is entitled to -- has changed.

More particularly, I have sensed a new hardening of attitudes between the haves and the have nots here, as the rents spiral ever upward and the homeless are scolded on the streets and on the airwaves for their terrible misfortunes, which are obviously caused by their own fecklessness.

The class divide, which we traditionally pretended did not exist in our insecure republic, has clearly calcified.  I see a new and stony indifference to the plight of others.  Our compatriots have become dismissible statistics, to be waved away or stepped around on our way to the latest trendy restaurant or pub.

Never in my lifetime have I seen the kind of social deprivation that I saw on this trip to Ireland.  Not since the days of James Plunkett's Strumpet City has such a cast of winners and losers assembled.

Worse, it's a development our political leaders are clearly comfortable with. Taoiseach Leo Varadkar's recent claim that Ireland's homelessness levels are “low” by international standards was roundly scoffed at by Irish aid agencies that actually work with the distressed.

“Ireland has one of the lowest homelessness rates by international standards compared to our peers,” Varadkar sniffed last week, then tweeted some more tone deaf pictures of himself cavorting with llamas or assorted political big shots.

The Simon Communities, a community of homeless people and volunteers, quickly countered that the taoiseach's claim “is not true” as “other countries use a broader definition of homelessness when gathering their statistics.” 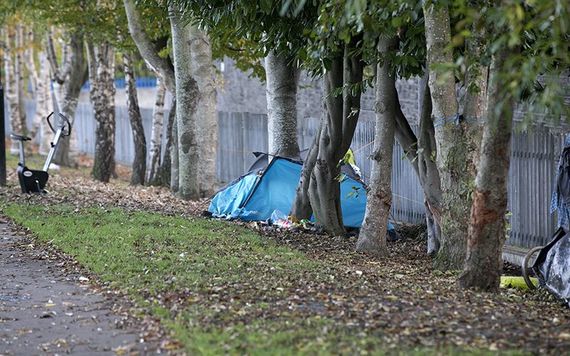 Homeless living in tents along the Grand Canal, in Dublin.

The Inner City Helping Homeless chief executive Anthony Flynn put it more succinctly. The taoiseach's comment is “a Walter Witty remark” and he asked, “What planet are the taoiseach and housing minister living on?”

I can answer that. Planet South Side Dublin.  Planet Dubarry Boat Shoes. Planet Where the Hell Is Ireland I Live In Dalkey, Roysh.

It's where our political class are factory farmed. It's where they learn their principles and more often their prejudices.

It's why we now have a taoiseach who condescends to his own constituencies and who can't understand what all the fuss it about. In between taking selfies on the government Gulfstream and posing for weird photo opportunities even supporters call out of touch, he's become the avatar of upper middle class indifference, the place where right wing ideology parts with compassion and changes the inheritance and destiny of the Gael.

But telling people that what they are hearing and seeing is not happening is particularly foolish when it comes to the Irish. Our streets are filled with the homeless. After the latest shocking rent increases larger numbers of families are finding themselves in crisis. In fact the latest figures show that 8,374 people accessed emergency accommodation in September and more than 3,100 of these were children.

Varadkar shrugs that things could be a lot worse. They actually couldn't though.

If you have been away from Ireland for years you may forget how changeable our weather is from hour to hour, how intense the rain showers can be followed by bouts of bright sunshine; in particular you may have forgotten the bone chilling cold and damp.

That means in Ireland homeless is not just a condition; it's a death sentence. To shrug the challenge off as Varadkar apparently has is a national scandal.

I'm in Derry in a fancy boutique hotel as I write this. I'm aware of the irony.

Here I have a wrap around view of the Guildhall clock. I could almost be tempted to think I deserve it. But outside, about three stories below me, a middle-aged busker has been singing sad old traditional Irish songs all morning.

He hits notes and holds them for a long time, his voice low but insistent, until it's as if his singing is half in the world and half in my head. I know you have forgotten me, his songs say, but please remember me, please.

He's been singing away quietly for hours. We forget our own history at our peril.

Here's a recently documentary on the homelessness crisis: