"This ban, in other words, was ill-conceived, threatening and bluntly executed. It betrayed a breathtaking level of indifference to the people it targets." 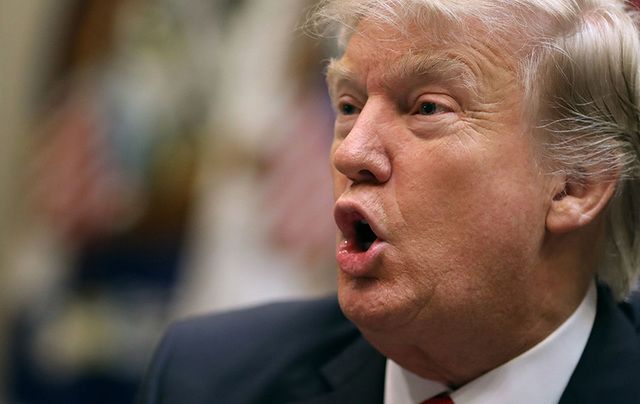 President Donald Trump's "ban, in other words, was ill-conceived, threatening and bluntly executed. It betrayed a breathtaking level of indifference to the people it targets."

How do I know that Donald Trump’s Muslim ban executive order was a defining political disaster for his fledgling administration?  I know because within days of its lamentable unveiling he was promising to reveal his new Supreme Court pick live on television on Tuesday evening.

It’s not normal to announce a Supreme Court pick on live TV as though he or she were a new contestant on "American Idol." But there was Trump on Monday morning attempting to change the national conversation with a hurriedly sent out tweet.

I have made my decision on who I will nominate for The United States Supreme Court. It will be announced live on Tuesday at 8:00 P.M. (W.H.)

In other words, don’t look at this Muslim ban mess at our international airports. Look at this Supreme Court pick instead.

Trump’s tendency to counter bad news with showy, if important, distractions may be the hallmark of his administration’s bait and switch style.

The thing is, it won’t work. His decision to target seven Muslim-majority nations with a poorly conceived and bluntly executed executive order that legally amounted to his threatened Muslim ban was a heartbreaking debacle whose cruelty was matched only by the incompetent way it was announced and enforced.

Within hours the administration had galvanized and generated one of the largest national political protests seen since the Vietnam War.  The sheer scale and passion of the counter-protests must have alarmed the GOP, whose Congressional and Senate representatives were suddenly conspicuous by their near total silence.

It is being reported that the Trump administration did not, of course, inform House or Senate leaders of their Muslim ban plan before our TV screens were filled with images of attorneys and protestors rushing to the nation’s airport terminals to represent the legal permanent residents who were suddenly finding themselves detained, handcuffed and threatened with deportation, often accompanied by their small children.

Recall that visa holders from the seven Muslim majority nation’s that were targeted by Trump’s Muslim ban were already vetted by five different government agencies before their visas were awarded. As they were being stranded without explanation or hope at our major airports, they must have wondered what had happened to the land of the free that they had hoped to make their home in.

Ultimately, Irish American federal district judge Ann Donnelly granted a stay against the deportations at an emergency hearing in Brooklyn on Saturday night, holding that it likely violates due process and equal protection rights.

No kidding. But for the undocumented Irish living in the shadows here the news that even green card holders were being refused entry or returned to their foreign departure points created serious alarm.

Reports on Saturday confirmed that people who have legal permanent resident status here were being handcuffed, their social media feeds were being requested and reviewed and they even were asked for their views on Trump. Some who were being detained were just weeks away from their citizenship ceremonies.

This ban, in other words, was ill-conceived, threatening and bluntly executed. It betrayed a breathtaking level of indifference to the people it targets.

Then observers remembered Trump’s oft-repeated campaign threat of mass deportations within the first 100 days of his administration and it all made sense. It means there could be even worse to come soon.

Trump’s counselor Kellyanne Conway took to Twitter on Saturday to announce her support for the Muslim ban and to threaten that Trump was “just getting started.”

Get used to it. @POTUS is a man of action and impact.
Promises made, promises kept.
Shock to the system.
And he's just getting started https://t.co/AoUsZWClXt

So elections have real life consequences. None of this tumult would be happening under a Hillary Clinton administration. The Irish undocumented here would not be retreating to the shadows as the Department of Homeland Security officers crack down on even legal permanent residents.

It isn’t just Muslim majority nation visa holders who are being targeted either. A rash of student visa revocations began a week before the official order was signed with little explanation, even though these students had undergone vigorous government vetting before being admitted to the country.

Having traveled abroad during their winter break, they were now being denied reentry. Despite their valid visas they were then being charged with violating U.S. immigration law and subjected to five year bans. It’s a mess.

Trump can try to distract us with live TV stunts, but we have already seen what his administration has in store. If you voted for him you can try to explain it to your undocumented Irish friends and neighbors, who are about to see their lives upended.