Saoirse Ronan shows her range and proves herself as a comedy force in the new whodunnit flick "See How They Run." 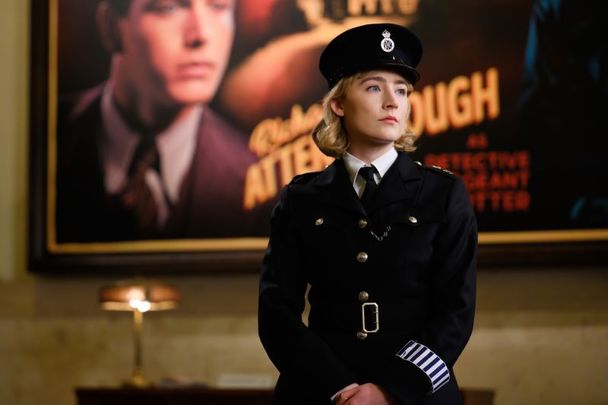 Saoirse Ronan in "See How They Run." Searchlight Pictures

Saoirse Ronan, 28, is back in the enormously winning new role of Constable Stalker, a trainee police woman cracking her first big murder case in 1950s London, in the divertingly fun new whodunnit "See How They Run," opening in theaters Friday, September 16.

Ronan, keeping her Co Carlow accent and a native suspicion of just about everyone she encounters, quickly steals the film from under the noses of its all-star cast by clearly having more fun with the Agatha Christie meets Wes Anderson setup than just anyone else onscreen.

The first thing you'll notice about "See How They Run" is that it conjures up 1950s post-war austerity very atmospherically. Rationing is still a thing and a pair of women's nylons is still serious currency (Ronan gasps when she happens upon a new pair in a police search).

Like a lot of modern whodunnits, "See How They Run" is also an affectionate throwback and a deconstruction of the classic who's the killer among us flick. For a start, the film uses Christie's record-breaking play "The Mousetrap" as its background, making this a murder story within a murder story that sends up what it also celebrates.

For some reason, but none that I could understand, Sam Rockwell has been cast as Inspector Stoppard, Ronan's co-star and the drunken detective who continually underestimates his supposed sidekick.

As his all too eager sidekick, desperate to make the grade as a sergeant, Ronan brings charisma and smarts to every scene she appears in and soon becomes the heart of the film. Insofar as "See How They Run" works it's because she's carrying the audience's interest and investment without flagging.

For the first time, her skill as a comedy actress is on full display in a vehicle that she could have phoned her performance into, but instead makes her own.

London's West End is a neon-lit but frequently rained out setting, giving the film its shabby authenticity and reflecting the kind of whodunnit setup we're all familiar with.

Even Ronan's hair and makeup are a fun throwback that help to tell the story. She's half film noir heroine and half 'Ban garda' (female police officer) and she literally eats every scene she appears in. 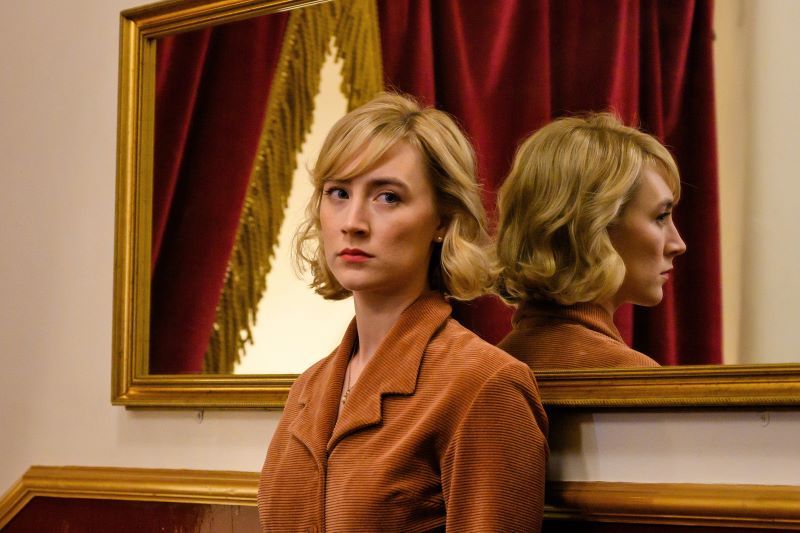 Saoirse Ronan in "See How They Run." (Searchlight Pictures)

Director Tom George has enormous fun with his inventive you-are-there camera work that pulls you into the action and the slightly camp comic book exchanges between all the main characters.

But the movie is Ronan's, who has the most expressive range, the best sense of fun, the constant awareness that this isn't "Hamlet," and she keeps streets ahead of the more experienced actors with the least apparent effort.

Ronan reportedly did one day of publicity for "See How They Run" and all of it was conducted over Zoom (she's currently filming her latest project), so her investment in the film may not be overarching, but her professionalism isn't in doubt from the first to last frame. 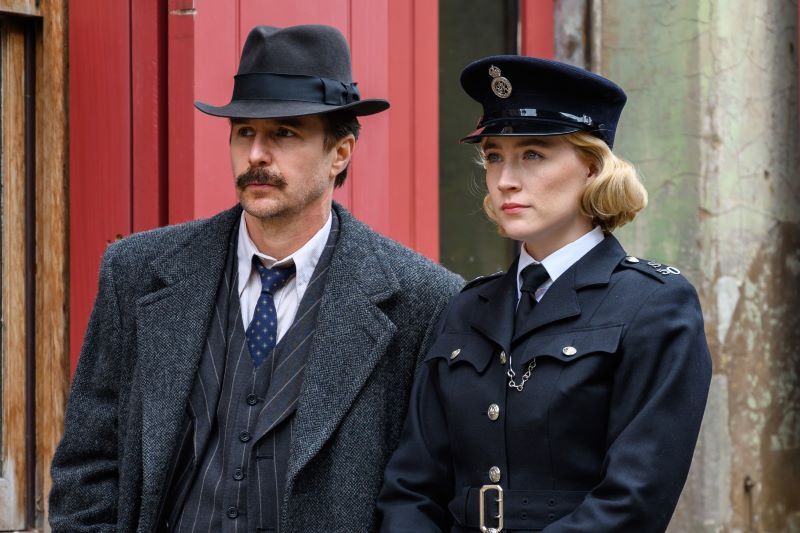 Sam Rockwell and Saoirse Ronan in "See How They Run." (Searchlight Pictures)

Next on her slate is "Foe," a thriller set in the near future in which she co-stars with Paul Mescal (the pair share the same agent, who has dreamed of this Irish confluence for years). "Foe" begins after severe climate change has ruined most farmland options, leaving a farmer and his wife struggling on one of the last remaining farms until a knock on the door changes things.

Ronan is currently filming "The Outrun," a heart-rending story about the long journey back from addiction set on the Orkney Islands off the coast of Scotland. It's a million miles from the near farcical tone of "See How They Run" but a reminder of her range as she builds one of the most distinctive resumes in Hollywood.

Meanwhile, in fun crime dramas like this latest whodunnit, Ronan proves herself a real comedy force, so when it opens on Friday her onscreen investment is certain to make it capture the public's attention. Recommended!