Russian invasion of Ukraine: Time to decide which future you want to live in

Authoritarians who bring violence and destruction in their wake are not just a Russian problem anymore. Now is the time to decide which future you want to live in. 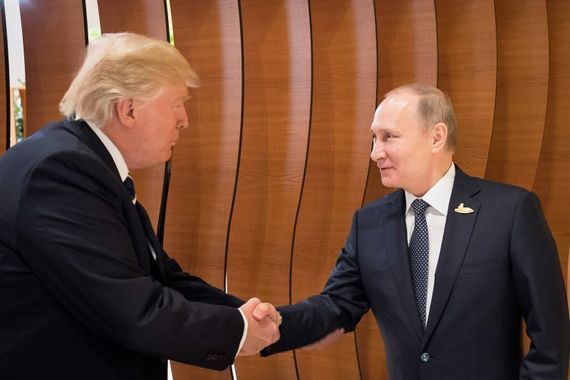 If you haven't had the stomach to look at the news this week, believe me, I understand.

There's only so much one head and heart can take and – thanks to Vladimir Putin's horrific invasion of Ukraine - the news out of Europe hasn't been this horrific since World War Two.

Journalists don't have that option, of course. They rush toward what the world wants to disregard. One such courageous journalist was Maksim Levin, 40, whose body was just found unarmed and wearing a press jacket this week, the sixth journalist to be killed since Russia launched its war against Ukraine on February 24.

Killing journalists is a war crime, but Putin and his army obviously don't care about that. Levin was a father of four, beloved by his colleagues. His photographs held the Russians to account and so they did to him what they do to anyone who attempts to, they removed the threat. 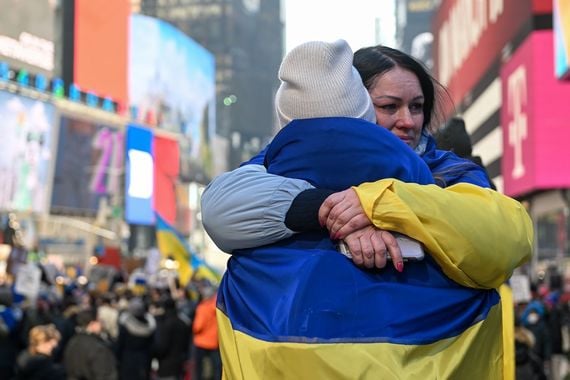 But if there is one message that Levin's work sends it is this, please don't look away. Don't switch off, don't think this horror can be beaten back by ignoring it, and don't pretend that it's not your business and never will be. It's closer than you think.

What journalists on the ground are reporting now is that Ukrainian civilians are being killed purposely and indiscriminately by the Russians in a near genocide. This week mass graves of men, women, and children have been discovered in areas that they recently occupied, many of the victims were discovered with their hands tied, shot at close range in the head.

Some had been executed, some had been run over by tanks. Satellite images showed a 45-foot mass grave in the town of Bucha, near the church of St Andrew. The huge grave had been dug in the first few days of the war as the Russians set about summarily shooting every Ukrainian they saw. Estimates of the dead there numbered from 150 to 300.

Putin laughably claims that he is not targeting civilian areas, but the destroyed homes of towns like Bucha and Irpin give the lie to that bluster. He calls the reports of all the indiscriminate mass killings “fake news,” as if his denial is all that's needed when the proof has already been carefully documented.

It's important to understand the scale of the barbarity the Russian president has unleashed in Ukraine. Gang rapes, assaults at gunpoint, and rapes committed in front of children are among the latest testimonies collected by investigators after the Russians withdrew from Kyiv. Naked bodies, partially burned, were discovered along the roadsides, including the bodies of old men with their teeth pulled out. 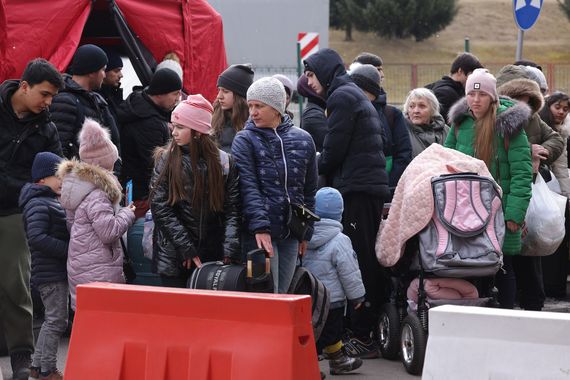 Entire towns that people built over decades, sometimes by hand, have been reduced to smoking rubble. There is evidence everywhere of chaotic military encounters that left as many Russians dead as the Ukrainians they were targeting.

What, the locals want to know, is the point of shelling us like this? Who does this help? Why are the Russians even here? Answering that question will be a subject for historians but meanwhile, the unspeakable carnage is everywhere you look.

Allow me to offer my own humble perspective on this. LGBT people rarely have the luxury of being complacent about aggressive authoritarians. When our community is attacked as relentlessly and obsessively as Putin has attacked LGBT people within his own borders we can discern his true nature and ambitions a little earlier than most.

So we have warned for years about the dangers of Russian oligarchs buying up the metropolitan centers of our capital cities and investing their billions in our misguided banks.

We have warned for years about the ill-advised relations being forged by Republican Senators, Congressmen, and Trump with obvious Russian operatives. We have counseled that a former KGB man running Russia was like giving the national keys to an ex-Gestapo officer. We have been ignored, but we were not wrong.

The lure of easy money has long made our financial services and real estate industries look the other way at Russia's ultimate ambitions. Social conservatives have decided they hate all the same people Putin does and that that's enough.

Even now when the scale of Putin's butchery in Ukraine is revealed, Donald Trump is still calling his grotesque invasion “genius” and calling on him to release “dirt” on President Joe Biden.

So here's the warning that the LGBT community is making again now. Authoritarians who bring violence and destruction in their wake are not just a Russian problem anymore. Now is the time to decide which future you want to live in.