Maginn stood up for the rights of poor Catholics and that is why his legacy matters, Turlough McConnell writes. 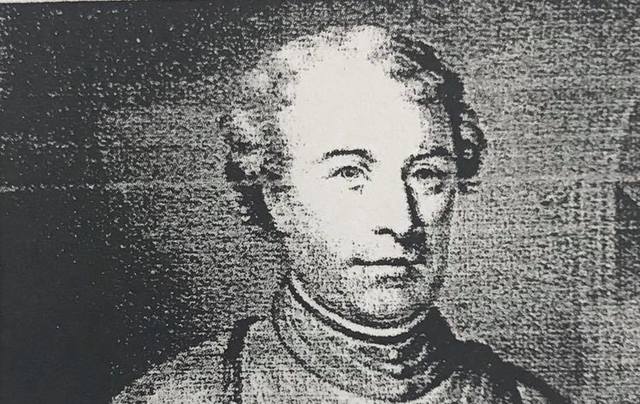 This ground-breaking volume from Cork University Press, entitled Heroes of Ireland's Great Hunger, examines the contributions of men and women who risked their lives - and often their livelihoods - to care for the sick and the starving during the Famine.

While some names in this collection might be familiar, a number will be less so. One among the perhaps less well-known is Bishop Edward Maginn. As Turlough McConnell writes in his essay in celebration of Maginn's life and legacy here, he was one of the great humanitarians of his age.

“His relief efforts during the Great Hunger had one aim: to rescue the poor of Derry and Donegal from starvation,” McConnell writes.

Born in Fintona, County Tyrone in December 1802, the son of a tenant farmer, Maginn was brought up in Buncrana in County Donegal after the family relocated there and he was educated locally. Later he attended the seminary at the Irish College in Paris and he was ordained there in June 1825.

Returning to Donegal he served as curate until August 1845, when he was then appointed to administer the diocese of Derry. Soon the sheer scale of Maginn's ambition for his co-religionists became apparent to his admirers and critics alike.

As a young bishop he founded St. Columb’s College (the grammar school still in operation to this day, and alma mater of two Nobel Prize winners) and he planned the landmark St. Eugene’s Cathedral.

Naturally, Maginn's accomplishments soon alarmed many of the city's Protestant population but the arrival of the Great Hunger changed his and their focus.

Maginn had no doubt who was responsible for the starvation and no problem saying so. “He blamed the British government for the death toll in Ireland,” McConnell writes.

Assisted by his fellow Roman Catholic priests in Derry, Maginn compiled a list of all those who had died of starvation in the city between November 1846 and April 1847. It was then rolled in black crepe and placed in the diocesan archive with the inscription: "The Records of the Murders of the Irish Peasantry, perpetuated in A.D. 1846-47, in the name of political economy, during the administration of the professedly Liberal, Whig government, of which Lord John Russell was Premier.”

"The fate of the dead is being envied by the living," Maginn concluded. In the worst social disaster to befall Ireland (or indeed Europe in the 19 century) the Catholic newspaper The Vindicator took note of Maginn's militance. “Honor to the Catholic Bishop and clergy of Derry. The Right Rev. Mr. Maginn and his clergy utter what indignant Irishmen should feel and utter at the present momentous crisis. There still is a soul in Ireland.”

Consistently, Maginn stood up for the rights of poor Catholics and that is why his legacy matters, McConnell writes, because “during the decline and subsequent death of Daniel O’Connell, Maginn filled the vacuum, becoming an outspoken champion of “Catholic Ireland.”

Maginn corresponded with every overseas leader or group he could encourage to come to Ireland's aid and his correspondents included the Archbishop of New York, John Hughs.

“He also proved himself fearless when it came to challenging the government about its inadequate and inappropriate response to the Famine. Maginn’s premature death was not only a loss to his parishioners in Derry and in his adopted home of Donegal, but to the Catholic Church in Ireland as it sought to provide leadership in the wake of the devastation caused by the Famine.”

With the collapse of the Gaelic world and the start of the Plantation of Ulster in the early 1600's, it took centuries for the native Irish of the north to reassert their distinctive heritage, culture, religion and political strength and men like Maginn served as both heralds and harbingers of that great effort.

Giving hope to his co-religionists in a time of desolation, Maginn's legacy needs to be carefully reassessed and celebrated and McConnell reminds us of the long shadow cast by this singular 19 century Irish bishop.