“It’s very alien to see this in Europe,” Prince William said this week referring to the Russian invasion of Ukraine. 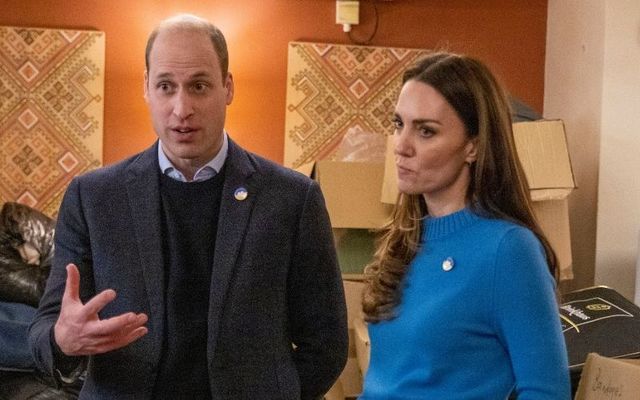 March 9, 2022: Prince William and Catherine visit the Ukrainian Cultural Centre in Holland Park to learn about the efforts being made to support Ukrainians in the UK and across Europe in London, England. Getty Images

No, it's not a thing I often do. The truth is, it's only when they do something egregious that they come to my notice at all.

You can thank Prince William. This week, he came to my attention because, during a visit to the Ukrainian embassy in England accompanied by his wife Kate Middleton, he expressed his surprise that a war could still occur in modern Europe at all.

“It’s very alien to see this in Europe,” he told the audience, having prefaced his remark by claiming that British people were much more used to seeing armed conflict in Africa and Asia (places that are presumably less worthy of his notice).

But that was also the part that gave me whiplash. Where, I wonder, does he think Europe is? 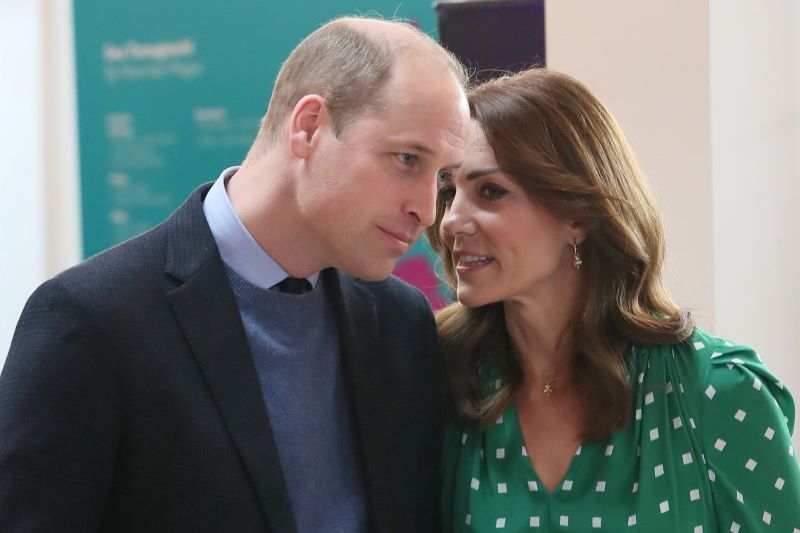 March 5, 2020: The Duke and Duchess of Cambridge Prince William and Kate Middleton during a special event at the Tribeton restaurant in Galway to look ahead to the city hosting the European Capital of Culture in 2020. (RollingNews.ie)

Throughout my childhood, my adolescence, and my early adulthood, it was very common indeed for me to see armed conflict in Europe, right in my own back yard, sometimes even on my own doorstep, which was in the north of Ireland, if you're still wondering – a place not a thousand miles away from Buckingham Palace.

Growing up in Ireland, which again is in Europe, the architecture of conflict was everywhere I looked. A simple drive could turn into an army checkpoint, a morning could turn into an armed heist, or a riot, or a shooting, or a bomb scare, or a bomb. And it went on for some time, all of this. Time enough for even a pampered Windsor to take notice.

Or so I thought. It is rare for a member of the royal family to express a political opinion, but when they do you can usually expect it to sound as blinkered and reactionary as William's lamentable “war in Europe” gaffe. Only when the mask slips can you ever see them. 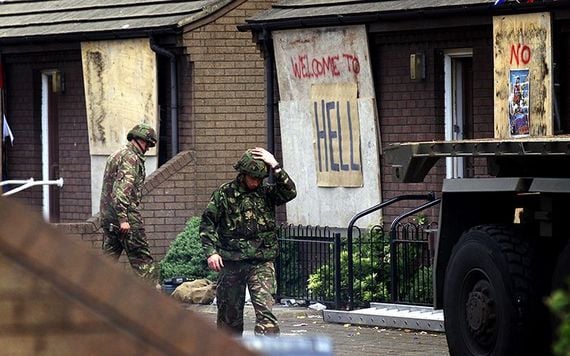 Full disclosure: there have been times in my life I have ached to experience a little of the seductive ignorance of the Windsors. How marvelous, I have sometimes thought, to wobble through life like an overdressed toddler, watching the world bow and scrape, desperate to placate you, scrambling to meet your every unexpressed demand.

But if I ever have occasion to think of the Windsors now, it's with something closer to compassion. Poor dinosaurs, who have somehow managed to live on and on, over the years I have watched them becoming trapped in a slowly congealing amber, unwitting victims of history and time.

Meanwhile, in the real world, two million people have fled their homes to escape the brutal conflict in Ukraine, with four million more expected to be displaced as the unspeakable Russian invasion continues. For them, armed conflict is also a terrific reality, not just another faraway dust-up between people in places that apparently don't matter.

Heavy hangs the head the wears the crown, they used to say. But can you really say that of the Windsor lightweights who angle for it now?

Prince William clearly wants the crown and one day he will wear it - and that will be his punishment. So I won't join the pile on, but I will note what it says about who he is and what he values.

And the little we meant to him.