The Duke and Duchess of Cambridge, Prince William and Catherine, are in the middle of an official trip to Northern Ireland, including their first trip visiting Derry. 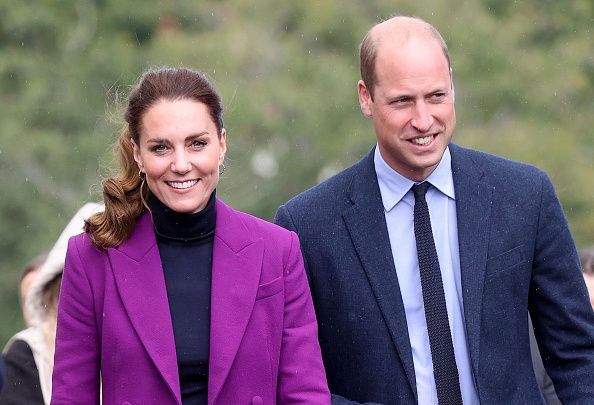 The Duke and Duchess of Cambridge, Prince William and Catherine's official visit to Northern Ireland is underway as they have visited the University of Ulster to meet the medical team. This is the Cambridge's first visit to Ireland since 2019.

The Duke and Duchess of Cambridge were out in force earlier in the week as they attended the red-carpet premiere of the latest James Bond film, 'No Time To Die'.

The festivities would not last too long, however, as the pair would make the trip over to Derry the next morning for an official visit.

While Kate and William have made trips across the channel to Ireland before, this is their first time visiting the city of Derry.

Kate and William kicked the trip off by visiting Ulster University’s Magee Campus where they met in person some of the nursing students they spoke to digitally earlier this year.

A part of their trip also included seeing a new simulated ambulance that has been built to train Paramedic Science students.

Reunited with the students of @UlsterUni 👩‍⚕️

Earlier this year, The Duke and Duchess heard from Year 3 nursing students — today they met some of them in person and heard how their studies have progressed since they last spoke in February. pic.twitter.com/oQ4DpOb6K0

— The Duke and Duchess of Cambridge (@KensingtonRoyal) September 29, 2021

Earlier in the year, Ulster University created a new School of Medicine, which was created as a “response to the nationwide shortage in the medical workforce.”

Kate and William also took the time to visit the Student Union to eat some food, and watch the students play some traditional Irish music.

This was branded as a 'culture shock' event, which was designed to promote an inclusive student body.

Regarding their Irish trip, Kate said “It’s great to be back in Northern Ireland for a day in Derry-Londonderry hearing from young people about how life has been during the pandemic and meeting organizations working across communities.”

The Cambridges will be resuming their public duties following their time off during the Summer. While the pandemic curtailed many of their plans for public appearances, the ongoing vaccine rollout will no doubt mean their return to normal work will come sooner rather than later.

— The Duke and Duchess of Cambridge (@KensingtonRoyal) September 29, 2021