The Irish Rep deserves fulsome praise for being the only working theatre in New York throughout the pandemic. 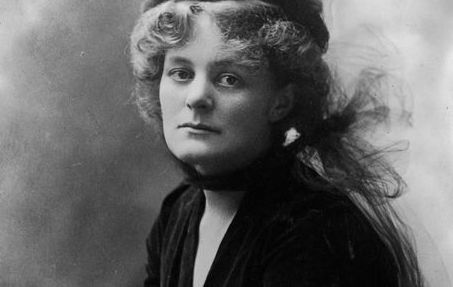 The Irish Rep's mission to bring art to the life of the city never stopped. This week the theatre's latest initiative features the reading twenty-two poems split between three films that are each about 10-15 minutes in length.

Passersby at the West 22 Street theatre will be able to go up the windows of the Rep lobby and press a button to start playing that day’s short film, but theatergoers who aren’t able to make the still – let's be honest - fraught trek to the venue will be able to watch the films online.

Each new film is centered around a selected theme (Home and Sense of Place, Identity and Writing and Love) and will premiere every two weeks through April 19. The poems will encompass Irish writers from both the 20th and 21st centuries and will be read by many of those new voices.

Meanwhile Yeats/Gonne: Echoes Over Time is the title of a discussion of the lives and legacies of William Butler Yeats and his muse Maud Gonne.

Do we care who inspires a poet? Does it matter if he or she is a good person or a bad one, as long the lines they inspire are handed through time?

From the vantage point of her own time, Maude Gonne was a remarkable figure and it's no wonder she inspired an enduring if mostly unrequited romantic fascination for W.B. Yeats.

Independent, rich, weirdly beautiful, and fiercely progressive, she was also a virulent antisemite and a world-class teller of tall tales. So not an uncomplicated picture then. In recent years her personal influence over Yeats has come under increasing scrutiny as the brutal history in which she played a part recedes.

Featuring biographers of both of their lives the event will be hosted by Rufus Collins, and there will also be filmed performances of some of Yeats’ poems read by Irish Rep company members.