What kind of country are we becoming? It's a good question, but you'd be surprised how few Irish directors have been inclined to ask it in recent years. 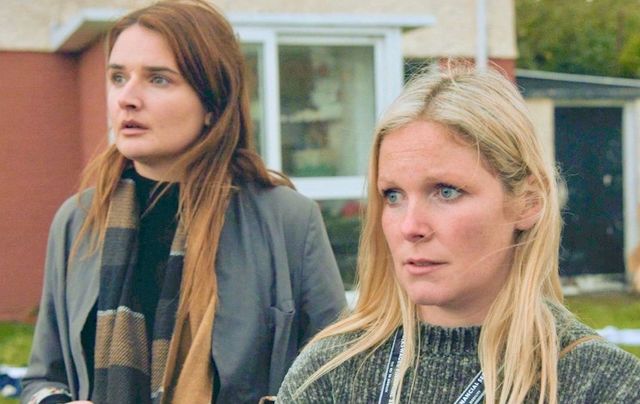 What kind of country are we becoming? It's a good question, but you'd be surprised how few Irish directors have been inclined to ask it in recent years.

That in part explains how hard-hitting director Laura O'Shea's new short film 'Wednesday's Child' ends up being, but there's more to it than mere timeliness.

Written, produced, and starring well-known Irish actor Caroline Harvey, the film marks her auspicious debut as a producer and screenwriter.

Harvey is complimented by the note-perfect cast who give this short, sharp, shocking dive into the unseen despair of urban Irish poverty and its life-altering consequences such a memorable hearing.

No wonder this searing drama has qualified to be considered for the 95th Academy Awards, after winning the Best Short Drama at the 34th Galway Film Fleadh, making O'Shea the first female director to receive the honor in over twenty years.

Please take 20 secs to check out the teaser for my latest short film 'Wednesday's Child'. I'm very proud of the work I've done on this and of all the folks involved. Stay tuned for news on it's World Premiere soon! pic.twitter.com/zmuGrzufpM

Based on the true events culled from the bestselling book of the same name by author and child protection worker Shane Dunphy, the film opens in a raw-looking council estate in north Dublin where Caroline and her more experienced associate Annie (played flawlessly by Charleigh Bailey) are taking on her first big case as a social worker.

What follows contains the slow-building dread of a good horror film, but this is real life. The pair arrive at the chaotic home of a single mother whose daughter has an infant of her own. The interior of the house has fallen down curtains and bare walls, and it becomes pretty clear pretty quickly that the elder woman of the house is already three county lines past her last nerve.

When you're this poor, the film shows us, another electricity bill that you can't pay is often all that stands between you and getting sanctioned (the new and emotionally distancing word for being committed).

So as first days on the job go, this is really one for the record books. We see that the older woman's hands are shaking with the stress of her fraught existence and her daughter has the thousand-yard stare of someone who prefers to feel nothing in preference to all the distress that surrounds her.

Known best for her recurring role on the RTE soap opera Fair City, where she played the role of Farrah Clayton for five years, Harvey and her co-stars offer an impressive reminder that the writing and acting talent in Ireland is world-class.

The resistance to any form of preachiness or liberal hand-wringing in the film makes the film all the stronger. Like the films of Ken Loach, O'Shea turns on the camera and lets the audience decide for themselves.

You can fall into this hard life through no fault of your own, 'Wednesday's Child' reminds us, but finding your way out again will be the hardest thing you ever do.

Caroline offers a cheerful greeting to the two distressed women she clearly wants to help, but pretty quickly she realizes she might as well be speaking a foreign language for all the good she's doing. They are behind a glass wall that she can't scale or they escape.

Wednesday's child is full of woe the old fortune-telling song goes, and the film handily comments on the many ways the more fortunate protect themselves from the hard luck they see around them.

Bailey's more hardened character already sees that the road is running out for this benighted family. Anticipating a sad end, she's suddenly talking as though all the options have run out and the end is in sight. Tragically, after her first day on the job, so is Caroline.

Once Ireland was a place where our social protections prevented outcomes this bad from occurring, but as we tilt toward the kind of unfettered free market economy that divides us all up into winners and losers, all that protection is out the window, with perhaps even the society itself.